And How Was YOUR Spring Break? 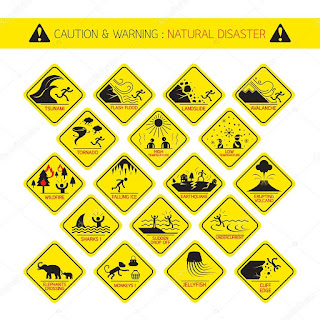 First day of Spring Break! Drive a couple of hours to a small college town where my wife has booked a couple of days at a spa (birthday weekend for me. Thanks, honey!), and planned a weekend full of writing-related activities. Check-in time is 3 PM, so we head downtown to hit one of the local indie record stores.

I have a lot of music. Most of it is digital these days, but I've got a turntable again, and I've been having a lot of fun building up a vinyl collection. I came of age as cassettes were beginning to eclipse vinyl, followed closely on their heels by compact disks. So I had some vinyl as a teenager. Not much, mostly Elvis and the Eagles, and The Village People's "classic" Go West LP.

I like to think that the vinyl collection I'm building these days is more worthwhile and more eclectic, reflecting my expanded tastes. I'm willing to take chances on new music as long as it promises to be interesting, and with streaming services, I can "try before I buy."

(Yes, I still believe in buying music. I want to get money into the hands of people who make stuff I like so they'll be inclined to continue to make it. Capitalist Brian, that's me.)

Anyway, like I said, this is a college town, so of course both the staff and the clientele at this place are unironically ironic in that "I'm too young to realize that you see right through my false front, and understand more than I can know how HARD I'm trying to look like I'm not trying at all."

The posturing is epic.

They have a lousy selection of jazz LPs and their staff don't know jack about what they do have. That in and of itself is no big deal, and certainly no sin. What's both funny and a little bit sad about the experience is watching one of their sales clerks tie himself into knots trying to explain that they don't have any more by that particular band when I show him a certain album and ask about it.

"Magic City," he says, nodding sagely. I imagine him visibly resisting the urge to touch the vaulting tips of the handlebar mustache which arcs in twin points above the glorious mess of his imam's beard. "GREAT group. Don't think we have anything else by them."

This time he actually touches the end of one of his mustaches. "Yeah," he says. "I'm hip to them."

The college-age girl he'd been in converse with when I'd walked up to the register looks from him to me and back to him, admiration writ large across the expanse of her all-too-credulous face. "Niko," she says, her voice filled with wonder. "I had no idea you liked anything but hip-hop."

Is it just my imagination, or does he stand just a bit taller? "Yep," he says. "I'm hip to jazz."

"This one, Sun Ra is really good," I say. "But they have so many great ones!"


"Have you heard Filles de Kilimanjaro? Man, the guitar on that one is insane!"

"My sister has it," he says. "I've heard it but don't know it all that well. Love the guitar on it, though, yeah."


"What do you think of their album Mingus?" I say. "Or Pithecanthropus Erectus?"

He touches his mustache again, and glances at the girl, who has lost interest in our conversation. She's leafing through a rack of posters, obviously waiting for him to finish with me. "I like Mingus," he says. "Don't know the other one."

Of course he doesn't.

I grin at him, tell him it's a shame they don't have more of Magic City's stuff in stock. He says something about ordering it, but I wave that off, and content myself with picking up several Springsteen albums, a good (and cheap!) copy of Jackson Browne's Running on Empty, an equally cheap copy of Pablo Cruise's Find Your Place in the Sun (this one I'm picking up as a gift for a music teacher friend of mine who's just retired. Can't wait to see the look on his face when I give it to him.), some classical music for my wife, and a Winnie the Pooh album for my son (his first vinyl album!).

I also pick up a not cheap but interesting copy of Kossoff, Kirke, Tetsu & Rabbit, a one-off by a couple of refugees from Free (remember "All Right Now" and "Fire and Water"?) a Japanese bassist and the guy who will go on to build a career as the keyboardist for The Who. Kossoff's guitar work on it alone is worth giving it a listen. They really needed an actual singer, though! 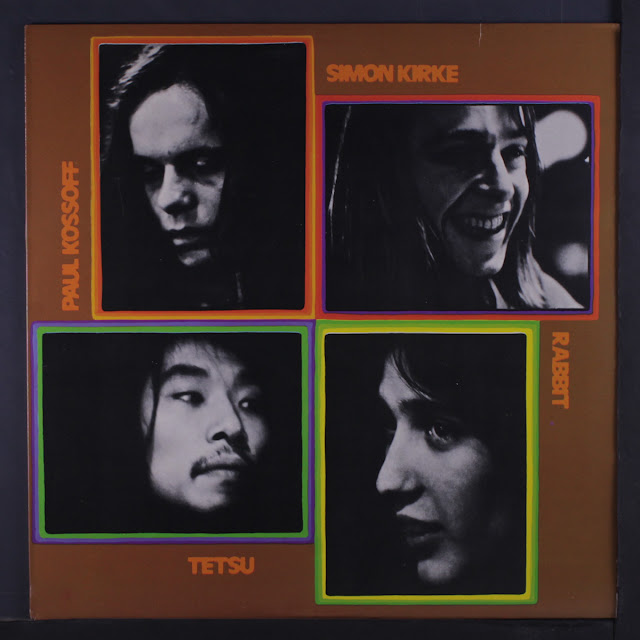 Then things got interesting.

We had lunch at an eclectic hamburger place across the street (the "hamburger salad" I ordered tasted funny), then we headed in the direction of the spa. It still wasn't check-in time yet, so we wound up down the road from it, at a local bookstore well known in indie circles.

We no sooner got through the front door than something began to seriously disagree with me. (Hint: it was the salad!).

I spent nearly the entirety of our visit in the bathroom. It wasn't that long, it's just that getting dragged around a multi-storied bookstore by an overstimulated five year-old can wear a body out. Just ask my wife! (To her credit, she'd been fighting a cold, but didn't want to cancel our trip, because it was my birthday, and she knew I'd been looking forward to it. Yet another reason why I love her.). I did manage to find a couple of books that are already serving as research sources for one of my fiction series, so that was some consolation.

I bought them, and then we headed to check in to the spa.

When we got to the place, it didn't look much like its pictures on the site where my wife had booked it. And it took forever to find parking. Then, as we're making the dash between our car and the hotel's front door, dragging rolling suitcases and juggling a couple of bags filled with vinyl and books, all in what had suddenly become a driving windstorm, complete with sheets of rain.

The sack with the books I'd just bought split apart halfway there, dumping its contents on the sidewalk. My wife (God love her!) chased the sales slip out into traffic (that wind again!), while I kept our five year-old from chasing it, and picked up my luckily not-too soaked books.

Once we got into our hotel room, my son began to sneeze. Turned out he'd either caught my wife's cold, or maybe he'd picked it up and given it to her. the details are sketchy. (Somehow I managed to avoid catching it! Thank goodness for small miracles, eh?).

Our hotel room had a wonderful view of a sliver of Puget Sound and a massive expanse of mid-70s vintage apartment building across the street. There was also an amazing shower/bath (you know, spa.), and a bed as hard as a hand-carved beechwood door.

We dropped our stuff and went out to a local pub for dinner. Our son didn't eat a thing he'd ordered. My wife liked her meal, and I had a hamburger so rare it could it have doubled for the Hope Diamond.

At that point I began to wonder about cutting losses. Moreso as we were driving through what was now a deluge to get back to our hotel room. (Still no parking!).

My wife had booked a massage for me, and that lived up to its billing! Great massage! (Thanks again, honey!).

When I got back to the room my wife was crashed out on the bed (at this point I'd say the cold was winning!) and our son was watching TV. It took a while to get him to sleep, but by about midnight, I'd managed it.

As it turned out, there were railroad tracks between this spa and the portion of Puget Sound it fronted on. We put this together after noticing the earplugs left next to the alarm clock in our room. Long after. Around 2 AM, in fact. And then again, around 4 AM.

Up at 8. Got ready and went to the hotel restaurant in search of breakfast. We didn't have a reservation. (We didn't know we needed one). Got the high hand. This place clearly catered to the North Face and Brie crowd.

So we made the executive decision to cut our losses at this point, and head for home. (We were scheduled to stay through Monday morning).

Driving back along I-5 it rained so hard I swear I saw Noah working on his ark in a field just north of one of the outlet malls.

Got home, had a quiet dinner, played with our kid, and went to bed early. Our bed was (and continues to be) a slice a heaven.

Our son woke us at 6:30 having sneezed so hard he had a ball of snot dripping from his nose. I groggily told him to just go to the bathroom and get some toilet paper and blow it. We'd been working on that (he's five, after all).

Turns out he used half a roll or so and tried to flush it. And then tried again. And again. And yet again.

It was about that point when the sound of the toilet tank filling for another plunge brought me fully awake.

Our son had flooded our upstairs bathroom.

It leaked all the way down into our kitchen.

I had lunch with a guy from my critique group. We had a great time.

Then I went to get gas, turned too tight angling in next to the tank, and scraped the car door on one of those posts designed to protect gas pumps from guys like me.

(Luckily, my wife is a very understanding woman! Thanks honey!)

Took my son for two days at Grandma's.

Minor surgery (outpatient). Hurt like crazy once the local wore off.

More fun with insurance following up on both claims while recuperating (mostly on hold).

More fun with insurance while trying to not move too quickly (still recuperating).

Picked up my son from two days at Grandma's.

Worked with my badass ranger brother-in-law on a military espionage PTSD thriller we've been plotting out. Then worked on the anthology I'm editing.

Played with my son (still not moving too fast, though.).

Wife and son both recovered from their colds. These two days were the best parts of my spring break.

At least it ended on a high note.

And once again, thanks honey!

See you in two weeks!
Posted by DoolinDalton at 02:27