Writer’s Resolutions 2018 – Fragile: Do Not Break


by Paul D. Marks
Well, since it’s the day after the New Year, I thought I’d come up with some writer’s resolutions. Not that I feel I need any as I’m so perfect – just ask my wife. But what the hell? 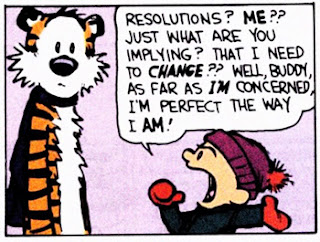 My prose will not be written in passive voice. I will not be plagued by this bad writing habit. This is one resolution that will definitely be kept.

And I’ll try to use “but” and “and” and “just” just a little bit less. But I like using them and they make me feel like the narrator is a real person talking like a real person does. Really.

Take criticism better: My wife, Amy, is my number one beta reader. And she’s a damn good critic and editor, but sometimes I just don’t like hearing what she has to say. Not that she’s wrong, just that she likes to make more work for me. I like to think everything I write is straight from the muse to the page. But she feels like she has to get between the muse and me. Most of the time, about 2/3 to 3/4, I take her advice, grumbling all the way. But in the end, I think the work is better for it.

Try not to be jealous of others’ successes: I’m always happy to see other people have success, but there’s always that tinge of envy. So I’ll try to squash the tinge and complain less. As others have pointed out, there’s always someone looking at you (me) wishing they had what I had. But I guess that’s the human condition. 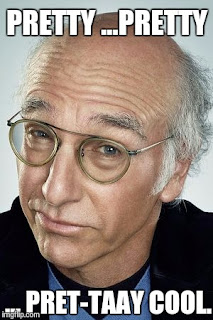 Get up from the desk more often: Amy gave me a Fitbit, and it’s pretty-pretty cool. It buzzes to yell at me and tells me to get up and walk around, which I do just so it will stop shouting at me. And I do walk the dogs and other things, but sometimes when you’re in the zone you just want to keep writing. But it bugs me to get off my ass and walk around…so I do. Just to shut it up.


Do less Facebooking: Oh, yeah, that’s gonna happen. FB is my watercooler. Since I work at home and we live in the middle of nowhere (not quite as nowhere as the abandoned missile silo that I tried to talk Amy into, but that’s another story) it’s good to have a place to connect with people. It gives me a place to see what others are up to and thinking. Chat and feel like I have friends. Well, I could stand less posts about politics and more cute cat videos.

Stop calling surfing the net research: I love surfing the net. I love doing research. Sometimes when I’m surfing the net, looking up Indian head test patterns and how to murder someone and get away with it, I can talk myself into thinking I’m doing research. Or like when I was writing my 1940s homefront mystery and I spent hours just looking up big band leaders and listening to their songs on YouTube. Y’know, research, even though I only needed one song and already had picked one.

Spend less time on e-mails: I do tend to spend a lot of time on e-mails, reading them, responding to them, crafting them. It’s kind of like the Facebook thing, keeps me in touch with the outside world. Our phone hardly rings anymore. Uh, Take 2: Our phone rings many times a day…but it’s almost never from people we know. One telemarketer after another. So we don’t even bother to answer anymore, but we do feel we should keep the landline. Mostly I connect with people via e-mail or another type of electronic communication. But I’m not big on texting…yet. Still, every once in a while it’s nice to actually hear someone’s voice. But not too often!

Get back to the novel that’s been dangling for a couple of years now…and rewriting the first novel that was accepted by a publisher: I have a novel that I like quite a bit that’s about half-finished but for various reasons has been languishing. And I really want to get back to it, but something always seems to come up that takes priority. And I also want to rework somewhat the first novel that a publisher picked up. I may have mentioned this before, but the first novel I completed was accepted for publication at a major house. It was a satire on a screenwriter trying to make it in Hollywood. Eventually, the whole editorial staff at that publisher was swept out and, as a new broom sweeps clean, my book was swept out with them. And since the humor was topical it was pretty dated even after only a couple of years so it couldn’t really go to another publisher. The lesson: don’t write things that are so topical that their shelf life is shorter than yogurt left on the counter on a steaming, hot day. Remember what George S. Kaufman said, satire is what closes Saturday night. Story of my life. But I’ve learned a lesson – No Topical Humor. 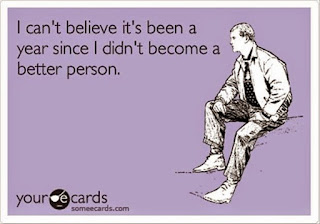 Be kind to the computer: Like Amy says there are no dumb computers, only dumb humans. But I beg to differ. It’s usually the computer that makes the mistake – not me…

Well, there you have it. Gotta run, gotta hit Facebook. Gotta start breaking those resolutions. It wouldn’t do to have any of them unbroken after the third of January, would it?

What are your resolutions? And which ones do you plan to break first?


Happy New Year to Everyone! Now get busy breaking those resolutions. 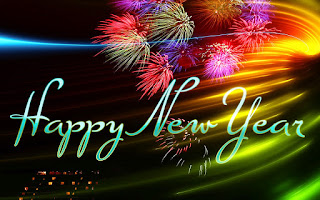