Cultivating Hysteria with Pleasure and Terror


by Eve Fisher
A couple of weeks ago, right before Christmas, I read "A Passion for Paris:  Romanticism and Romance in the City of Light" by David Downie, and learned a great deal about Parisian geography, architecture, and the Romantics.  I already knew most of the who was sleeping with whoms - as an historian, I've kept up with all kinds of gossip across the ages - but what fascinated me was the literary exchanges.

"I have cultivated my hysteria with pleasure and terror." - Charles Baudelaire

For example, Charles Baudelaire (considered by many to be the modern French poet, and the French poet of modernity) was obsessed with Edgar Allan Poe.

"In...1847, I came upon a few fragments of Edgar Allan Poe, and felt a strange sort of shock...[.] I discovered, believe me if you will, poems and stories that I had already thought of, but of which I had only a vague, confused and disorganised idea, and which Poe had managed to pull together and perfect...."  (Source)

And Baudelaire promptly dropped (almost) everything, and spent his most productive years (1856-1865) translating Poe’s works into French.  Now he wasn't the first to do translate Poe, but he was the one who made Poe's work sing in French.  (Baudelaire's Translations at Gutenberg Press for free.)  And his translations became the standard throughout Europe.

First note:  Despite his obsession with Poe, when Baudelaire named his poetry collection Les Fleurs du Mal -- Flowers of Evil in English -- it was in homage of Nathaniel Hawthorne's highly appropriate Rappaccini's Daughter.  (Link here to read on-line)

Second note:  In Memoirs of a Drudge, James Thurber reminisces about working at the Riviera edition of the Chicago Tribune in Southern France.  (And why didn't my guidance counselor ever tell me about this job?)  Anyway, there were regular printers' strikes, and after one of them, the whole press room, half-tanked, got on a train for Cannes.  Promptly another argument broke out, this time over which was better, the original or the French translation of Poe's The Raven?  And would a real raven be more likely to say, "Jamais plus" or "Nevermore"?  "He returned with the claim the claim that our fellow-passenger to a man were passionately on the side of Jamais plus."  Betcha the translation was Baudelaire's...


"Remarks are not literature" - Gertrude Stein 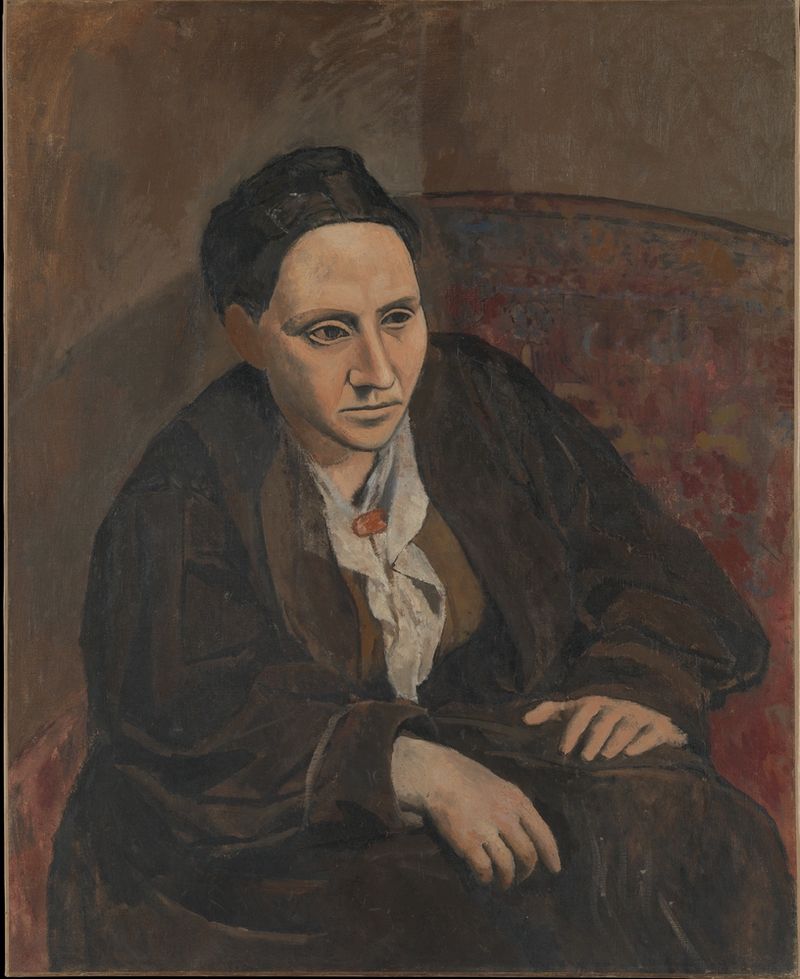 Another interesting connection was between Gertrude Stein and Gustave Flaubert.  Apparently, Stein set out to translate Flaubert's Three Tales into English to improve her French, but it turned into her own Three Lives, which is certainly nothing like Flaubert's subtle, supple prose.  (I have tried to read her work, but found everything other than The Autobiography of Alice B. Toklas to be breathtakingly, redundantly boring...)

On the other hand, praises be to Gertrude Stein, whose gatherings in the Rue de Fleurus brought together almost every artist and writer of the early 1900s, launching friendships, love affairs, movements, feuds, innumerable rumors, and most of what we consider modern art.


"Be regular and orderly in your life, so that you may be violent and original in your work."
- Gustave Flaubert

Speaking about original violence, meet Gaston Leroux (1868-1927), the author of  original Phantom of the Opera.  Maybe you haven't read the book, but I'm sure you've seen one of the 14 film versions and 4 stage versions...  (I remember seeing Lon Chaney Sr.'s version when I was a child - nightmare city!)  BTW - Some parts of Phantom are based on reality:  the "Paris Opera House" is based on the real Opera Garnier in Paris, which has underground tunnels and an underground lake. (To visit to the Opera Garnier, go Here.)  A chandelier did fall and kill someone.  There are a couple of stories about the Phantom himself:   one is that it's the ghost of a man whose skeleton was used (I don't know why or how) in a 1841 production at the Paris Opera of Der Freischütz.  The other is the sad story of Erik, one of the architects of the Opera Granier (who may or not have been disfigured - depends on the legend), but who ended up living underneath the Opera Garnier in his own apartment, with his own passages that led to his own "Box Number 5". 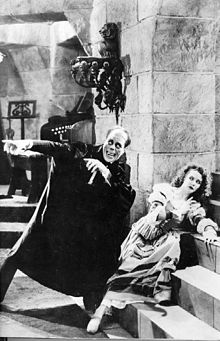 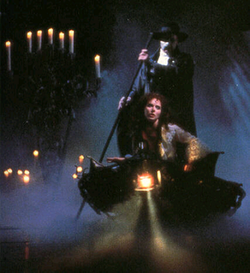 Phantom alone should have ensured M. Leroux's fame, but he wrote more than that.  His 1907 super best-seller The Mystery of the Yellow Room has the singular honor of having spurred Agatha Christie to write mysteries.  She and her sister Madge were talking about various detective novels they liked, and The Mystery of the Yellow Room came up, which they both loved.  Christie said she'd like to write a detective novel herself, and Madge said “Well, I bet you couldn’t.” “From that moment I was fired by the determination that I would write a detective story.”
While I'm at it, a few more interesting bits about Agatha Christie:

Did you know that she was a surfer?  She and her first husband, Archibald Christie, went on a trip from South Africa to Hawaii in 1922, and along the way they learned how to surf.  It's speculated that they were the first English surfers to surf standing up.  Now if I could only find a picture of THAT. 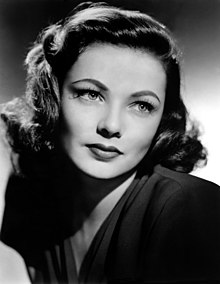 Did you know that The Mirror Cracked is based not just on Tennyson's The Lady of Shalott but on the actress Gene Tierney?  In 1942, she was volunteering at the Hollywood Canteen when a fan sneaked out of a rubella quarantine to meet her. Tierney was pregnant, and yes, she got rubella, and the result was that her daughter, Daria, was born deaf, partially blind, and severely mentally disabled. It broke her heart, and the child had to be institutionalized.  A couple of years later, Tierney was approached by the fan at a garden party who proudly told her what she'd done: "Everyone told me I shouldn't go," the starstruck woman told Tierney years later at a tennis match, not realizing what she was responsible for, "but I just had to go.  You were my favorite."  (Biography)


Did you know that Agatha Christie qualified as a "dispenser" (a/k/a pharmacist) in 1917?  That's certainly one way to learn all you want to know about poisons...

Supposedly, she ‘saw’ Hercule Poirot twice in her life, once lunching in the Savoy and once on a boat in the Canary Islands.  And Miss Marple was based on her maternal grandmother who, just like Miss Marple, "always expected the worst of everyone and everything, and were, with almost frightening accuracy, usually proved right."

Speaking of "seeing" a detective, how about "seeing" an author?  Look at the three portraits below. 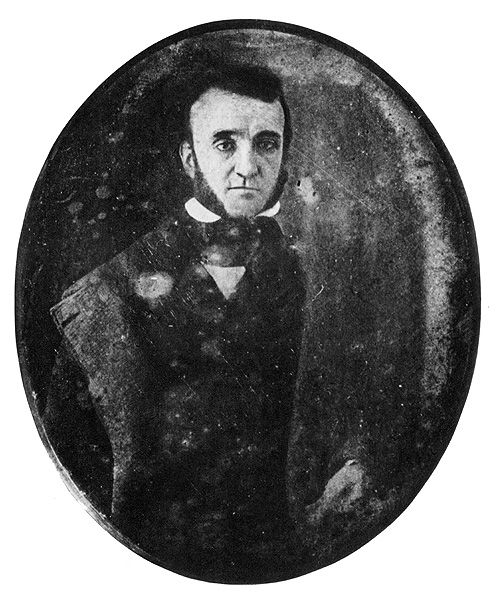 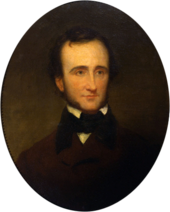 These are all (supposedly) Edgar Allan Poe.  You tell me how Edgar Allan Poe's physical appearance went from the first daguerreotype (the McGee portrait, 1843 or earlier) to the middle portrait (an 1845 painting by Samuel Stillman Osgood) to the final, most famous, one (the "Ultima Thule" daguerreotype) taken in 1848.

And go a step further:  check out the various Poe portraits at the Edgar Allan Poe Organization website.  Frankly, most of them - except the last - look nothing like the image I've always had of Poe.  Who was this shape-shifter, anyway?  Was that why he was found delirious, in great distress, and in clothes that didn't belong to him?  Was there a possession of some kind?  I don't know.

“I was never really insane except upon occasions when my heart was touched.” ―
Edgar Allan Poe

But he was always a master of cultivating terror with hysteria and pleasure...