by Paul D. Marks
MTV and Palladia often do “unplugged” shows of various bands, where they go acoustic instead of electric. And it’s fun to see acoustic versions of songs we know and love. In fact, sacrilege as it might be, I prefer Eric Clapton’s unplugged version of Layla more than the electric version. So I’m not opposed to going unplugged.

However – and you knew there had to be a ‘but’ coming, didn’t you? – we went unplugged a couple of weeks ago, not by choice, and it wasn’t any fun. Of course it’s not the first or only time this has happened. But it did make me think of some things that I’d like to share here.

There was a fire relatively near us, though not near enough that we were concerned about evacuating, which we’ve had to do two or three times in the past, so I guess that was a plus. But this fire caused both our internet and cell service to go out. We did still have satellite TV and our landline. And luckily we had electricity – nothing’s worse than having that or water go out. So we weren’t totally unplugged. But we were largely disconnected from the world. It’s like in the unplugged concerts when they still have the bass plugged in but everything else is acoustic.

So, we couldn’t check on the fire to see if it was coming our way. TV and radio news don’t give you a lot of info. And when there are fires near us we mostly rely on the internet to know what’s going on. But since we had no internet (via cable) and since the cell service was out too, we really felt “blind” and disconnected. And couldn’t get updates on the fire. That wasn’t a good feeling. 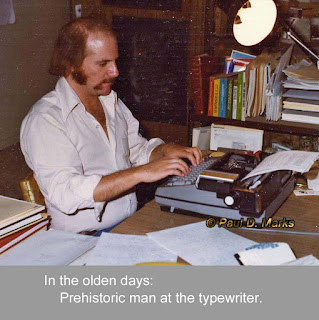 But since we did have electricity we could continue to work on computers or do other things. And here’s how this connects to writers and writing: I was working on rewriting a story. Normally when I do that I’m flying all over the internet, researching this and checking that as I write. And playing hooky from writing, pretending that the “extra” research I’m doing is really necessary. But I couldn’t do that that weekend. No internet research – no playing hooky on the net. And that was beyond frustrating. I have a pretty good reference library but you get spoiled with the ease of finding things without having to leave your desk. So, while I could continue to work on the story I had to leave a lot of things blank to be filled in later, once the net came back on. This disrupts the flow and the “zen” space of writing and can get very frustrating. It also shows just how dependent we’ve become on all of these modern conveniences.

On top of that, our microwave “blew up” around the same time. And we’ve now been without a microwave for a while. And that’s been very frustrating too. How do you quickly reheat that cup of coffee that keeps you up all hours while doing those rewrites? How do you warm up leftovers? And a million other things? 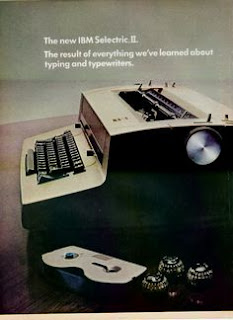 In ye olden days, of course, we did things differently and in a pinch we can go back to them, but it isn’t the same once you’ve tasted the “good life” of the modern world. When I began as a writer I was on a typewriter. And when PCs first came out I thought who the hell needs this? I was happy working on the latest incarnation of a typewriter, the Selectric that had a ball that you could actually change fonts with. Wowser! And moving a paragraph from page 3 to page 93 was simple. All you had to do was get out a scissors, snip snip snip, move the paragraph, Scotch tape it to the new page, white out the lines, Xerox it and hope the lines where it was taped didn’t show too badly. So who needed a computer to write? Then, my then-writing partner got one of the very early PCs and I went over to his house one day and saw him magically move that paragraph from page 3 to 93 and I was hooked. I was the second person I knew to get a computer, one of those fancy shmancy things with two floppy drives, no hard drive, a thimble full of memory. But it was, indeed, Magic. No literal cutting and pasting. No Liquid Paper (“white out”) – and supporting Mike Nesmith and his mother 😉. It was liberating. You felt more creative because now you could move something and just try it out. You could cut and paste and re-cut and re-paste to your heart’s content. You could change a character’s name on a whim and not worry about it. It really freed the imagination. Hard to believe now how we made things work before. Before you would be hesitant to make changes because it was so hard to make them. Time consuming and impossible to do. 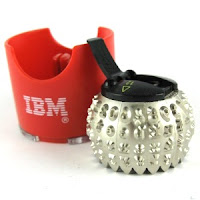 But not only have we become uber dependent on computers, we’re also dependent on “mini computers,” like cell phones with Skype and Uber and that can search the net and TVs that are largely running on computer chips. I just downloaded a pedometer to my phone and can track the number of steps I take every day. 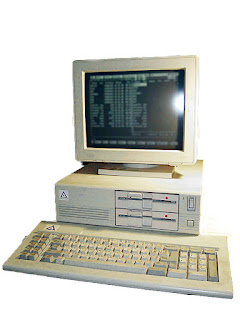 My wife and I can communicate at almost any time, especially in an emergency. She takes the train from work and just the other day got stuck in a flash flood. If it weren’t for e-mail, texting and voice calls on the cell phone we would never have been able to communicate. 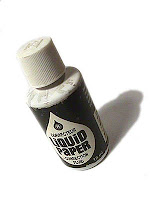 So, while we can still do things the way our parents and grandparents did, and even we did in the olden days, we’ve become accustomed to the plugged in conveniences of modern life. We might still like to read a paper book or love to eat a slow cooked meal when we get tired of microwaved food. And we still need to unplug sometimes, turn off the cell phone, log out of Facebook and even take a break from writing and let our minds drift. But we want to do it at our convenience. Let me tell you it was no fun when we lost most of our communication with the outside world.

As writers, and in general, we’ve become so dependent on these devices that it becomes very difficult when we don’t have access to them. Of course our pioneer forbearers would laugh at what we find inconvenient, but a hundred years from now our great grandchildren will think about how primitive we are.

My short story “Ghosts of Bunker Hill,” from the December 2016 Ellery Queen is nominated for a Macavity Award. If you’d like to read it, and the stories of all the nominated authors, please check them out at the links below. If you like my story I hope you’ll want to vote for it. And thank you to everyone who voted for it and got it this far:

If you want to read a great article on the Macavity nominees, check out Greg Herren's blog: https://gregwritesblog.com/2017/07/24/beatnik-beach/


My story “Blood Moon” appears in “Day of the Dark, Stories of the Eclipse” from Wildside Press, edited by Kaye George. Stories about the eclipse – just in time for the real eclipse on August 21st. Twenty-four stories in all. Available on Amazon. 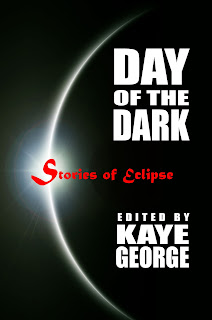