How I Spent My Summer Vacation

Any other time, the waterfall would have appeared beautiful, thundering down the Venezuelan mountainside where its waters swirled off into the jungle. Holstering my automatics, I raised handfuls of water to my mouth, keeping a watch out for Colonel DeSperado and his henchmen.

Only last week, I battled him in a Zimbabwean borogrove, then tracked his criminal crew to Athabasca where I rappelled down the glacier’s ice face. That night we tangled in an Edmonton warehouse where bullets tore through my parka, fortunately missing essential flesh. Escaping with little more than bruised knuckles and pride, I caught up with the mercenary outside Caracas. 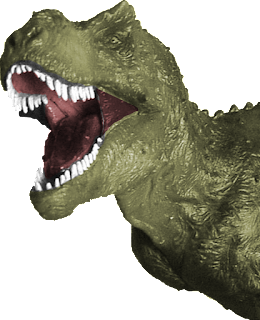 He’d ridden the teleférico up the mountain. Only by luck did I discover he’d abandoned the cable car at the way station. While a helicopter chuttered over our heads, he slid down a rope before setting fire to it as I followed, the Colonel’s idea of a joke.

A sound crackled in the forest. I wiped sweat from my eyes and peered… something big moved among the trees. A snort… no, a sniffing… Of course my scent wafted in the dense, humid air.

It… No, two of them, three… crashed through the vines. Damn velociraptors and their keen sense of smell.

I tumbled down the cliff face surprising a tyrannosaurus as I crashed past him, barely avoiding his snapping jaws. Rolling, I lost my rifle at the worst possible moment. DeSperado and three of his goons fired their hijacked CIA AR-15s, volleys of slugs glancing off boulders. They gave chase as I dashed for shelter. 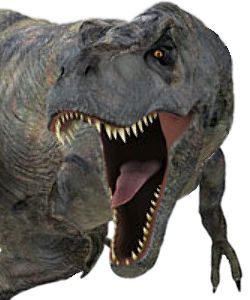 Unburdened by a rifle, I outdistanced them, but there in the middle of the trail stood a cart used to haul guns into the jungle and cocaine out. The telling ker-chuck of a grenade launcher sounded. With accelerated momentum, I leapt over the cart and…

Wham! I didn’t see it coming. Unexpectedly a table rose and smashed into my face, knocking me to the ground, rendering me dizzy.

It had torn my eyelid. Blood obscured my vision, but I gathered myself. Unable to see, I felt around… floor… coffee table… sofa… What the hell?

I act out dreams in my sleep. 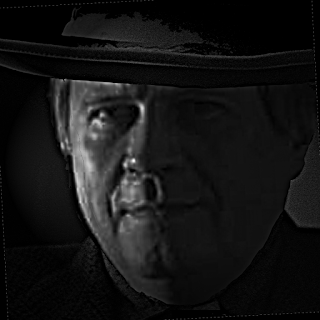 It started a few years earlier with action dramas during REM activity: I punch, elbow, kick, leap tall buildings in a single bound… all while I’m sleeping. It’s severe enough I started fearing I might hurt my girlfriend.

Acting out dreams is my own term for a type of hypnagogia unrelated to sleepwalking. Normally the brain paralyzes the body during REM sleep, a muscle inhibition called REM atonia. You may dream you’re running or swimming, but your body remains dormant. My suppression mechanism has developed a software problem.

After a wild phantasmagoria where I was running and jumping and landed beside the bed, I found it bemusing and perhaps amusing enough to look up the phenomenon. I discovered nothing funny about it at all. This type of hypnagogia can be a precursor to Parkinson’s disease or a common type of dementia… or nothing at all… but the thought is scary.

The most popular antidepressants (SSRIs, SNRIs, TCAs) don’t work on me. Depression can be caused by a hundred different factors that require the right key to unlock. Your arm might hurt, but is it battered, bruised, bloodied, barbed, bitten, bullet-riddled, broken, or burnt? Treatment is specific to the cause.

Following research several years ago, I suspected a modified monoamine oxidase inhibitors might work. At the time, reverse MAOIs were available in Europe and the rest of the world, but not the US. The German manufacturer concluded US product testing was not cost-effective to carve out a market niche.

MAOIs were the original antidepressant, developed long before Prozac and the ‘modern’ drugs that followed. They were considered dangerous, even lethal, because they badly interact with many common foods, especially anything aged like cheeses, an enormous range of Japanese foods that I dearly love made with soy and soy sauces, a number of other sauces and marinades, sausages, sauerkraut and kimchi, yeast, spinach, raspberries, bananas, avocados– foods you seldom think about as dangerous– and of course a wide range of pharmaceuticals. SSRIs and those that followed were considered much safer… if they happened to work.

About ten years ago, I became involved with a clinical trial of a drug called selegiline, brand name Emsam. The chemical was originally developed for Parkinson’s disease, but once researchers realized it was a potent MAOI, they began testing it on depression. The great thing is that it’s not a pill but a patch applied daily. Because it enters the blood stream directly through the skin, it bypasses the liver and the problems associated with all those forbidden foods.

Emsam/selegiline worked well for me, the only side-effect being skin irritation. I ate normally, even drank wine. For a year and a half, it was wonderful and then the clinical trial ended. In the intervening time, I haven’t been able to find a physician willing to prescribe it– they’d see ‘MAOI’ and stop cold, not understanding how the new drug works.

Recently my insurance company helped me track down a local doctor minutes away who knew the drug and was using it on other patients. Although frightfully expensive, it works well at the maximum dosage. During that time, the acting out tapered off and then rarely happened at all. As a precaution, I barely touch red wine and Roquefort, but I eat most of the otherwise forbidden foods without worry.

Out of Mind, Out of Sight

In March, the dosage was reduced. The depression returned and so did the action dream sequences. Hollywood offered nothing compared to my inner world.

Then came the dastardly dream sketched above. I was chasing and being chased. In my path was a small cart and I sailed over it… and crashed into the corner of a low table, eye first. The thunk was so intense, it reverberated in the computer lab in the other end of the house.

Fortunately the table’s corner is beveled, so although the impact tore a gash in my eyelid and scratched my eyeball, the blunted corner saved my eye from further damage. My eyesight was badly blurred and the eye swelled nearly closed, but, as the ophthalmologist predicted, my vision has mostly returned.

One of the conditions of REM sleep is that monoamine neurotransmitter tanks of serotonin, norepinephrine, and histamine must read Empty. Anti-depressants, including MAOIs, short-circuit the REM mechanism by firing up those pumps.

The key take-away is that a MAOI drug does not fix muscle activity blocking in REM sleep, instead it disables REM itself. Normally that’s not a good thing, but apparently the physiological jury hasn’t ruled yet. Combine that with the factor that the selegiline drug was developed to treat Parkinson’s disease and REM atonia can be a precursor to Parkinson’s, we have a medical mystery with several suggestive clues.

MAOI withdrawal (or too great a reduction) causes an REM rebound effect. It’s true. A coffee table rebounded off my eye socket. Damn, that hurt.

The good news is that life is returning to what passes for normal in Florida. Within days, I’ll look as beautiful as ever.

The Eyes Have It

This article comes as a challenge from my friend Thrush. He’s not been the first to tell me that I rarely reveal truly personal things about myself. A corporate manager once remarked about my being closed-mouth about personal matters. “On rare occasions, Leigh lifts the lid and we get a peek inside.”

Although I’m private, I don’t think of myself being cryptic until it’s pointed out. At least I managed to lift the lid a little.

The walking bed cartoon panel above is from famed cartoonist, Winsor McCay, who began writing Little Nemo in Slumberland in 1905. He dabbled in dreamscape fears such as architectural distortions, flying, falling, clowns, and the inability to control an outcome. He also wove in fantasy, such as Nemo’s friendship with a princess.

Little Nemo, who’s not very brave, often lands in trouble either in Slumberland or the real world with resulting consequences. Always in the last panel he wakes, sometimes fallen to the floor, other times with his parents either soothing or gently scolding him.

McCay was particularly known for the beauty and innovation of artwork. In the example below (unfortunately in Dutch, but see translation beneath), note the progression of the elephant. 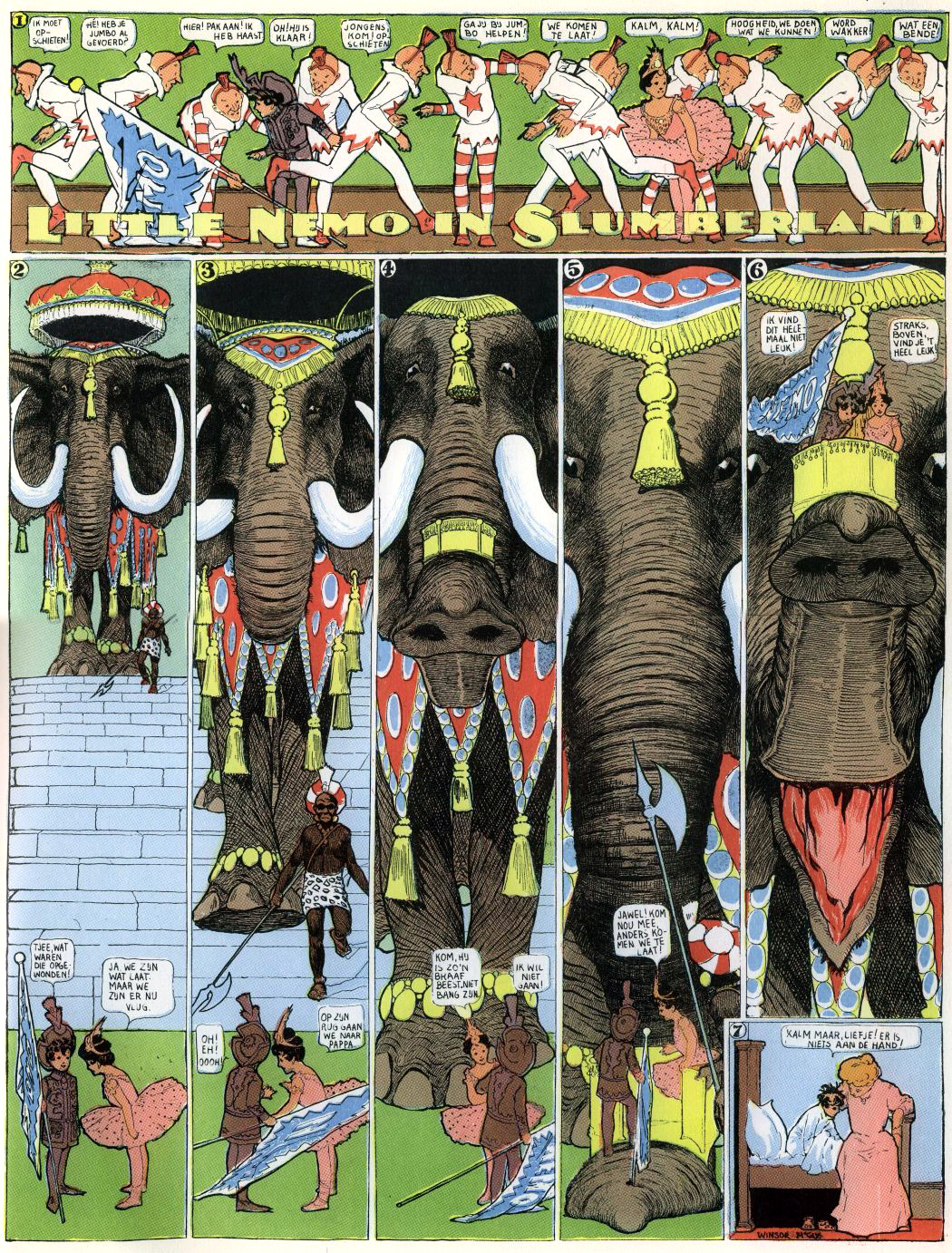