This post is prompted in part by Barb Goffman's piece, from last week, about bearing witness to wrong-doing.

I'm not a fan of scoring political points in my stories. That doesn't mean I steer clear of political situations, or real-world issues. Of course, when they're safely in the past, that's a help. I've used the Viet Nam antiwar movement (and the FBI's counterintelligence programs) to what I think is good effect. And even in the present day, there's no reason to put stuff off-limits, unless it breaks the glass.

There are easy ways to lose your reader's trust. You can make an obvious mistake, with geography, or firearms, or stamp collecting. Get one thing wrong they know about, and they won't believe it when you tell them things they don't know about. Ironclad rule. And the same is true of introducing your visceral dislike of Hillary Clinton, or Donald Trump. You're going back on the deal you made. Not that we agreed to provide utterly mindless entertainment, but that we promised a convincing alternative reality, proxies of our common disquiet. I once reminded a friend of mine that most people are murdered by people in their own families, a wife by her husband, for example. She said, that was why she'd rather read about Hannibal Lecter. It was vicariously frightening, instead of familiar.

I get aggravated when Steve Hunter backhands Obama. It's gratuitous. In fairness, I'm equally annoyed if John LeCarre gets on his high horse about Thatcher and the Tory legacy. In either case, they're spoiling the illusion. Sometimes it's fun to see the man behind the curtain, what Orson Welles called showing you how the model train set works, but that's a different order of things. I don't frankly care what your personal political sympathies are. I don't want to hear them. I'm with Samuel Goldwyn, if you want to send a message, use Western Union.

Let's get it out front. It can't be any mystery that my own politics are somewhere Left of Steve Hunter, if maybe on the less radical side of LeCarre. I'm a social liberal, I don't have a problem using the tax system for income redistribution, and I'm pro-Choice. I also served in the military, and own guns. Are these inconsistencies? Men in this line of work are not all alike.

I don't think our politics affect how we tell a story. Allen Drury was by all reports a fair way to the Right of Genghis Khan, but Advise and Consent is a cracking good book all the same. I think, on the other hand, that our politics have a lot to do with the stories we choose to tell. As a for instance, both T. Jefferson Parker and I have written about the present-day border wars, drugs and human traffic coming north, money and guns going south, the so-called Iron River. What's going on is deeply corrupt. Jeff Parker and I agree Mexico is a failed state, and that the U.S. is complicit, but nothing we've written about this is prescriptive. We're not telling you how to vote.

Maybe it's a matter of degree, or emphasis. Wearing your heart on your sleeve. "I bet they're asleep in New York. I bet they're asleep all over America." Casablanca is, in the one sense, overtly political, and on the other hand, it's intensely personal. Why, the captain asks, can't Rick go back to America? Well, for one thing, he fought in Spain, on the Loyalist side. Which makes him what used to be called a Premature Anti-Fascist. He's politically suspect. He might even be a Red. The picture takes place in late 1941, but it was made in '42, and we were already in the war by then. Rick's earlier sympathies can be forgiven. In any event, this is context. It's not what the picture's about. "Who was it you left me for? Was it Laszlo, or were there others in between? Or aren't you the kind that tells?" That's what the picture's about.

We could say, then, that it comes down to story. Not a theme, or a setting, or the atmospherics of dread - be it Nazis, or Commies, or the surveillance state - but the through line. Who the characters understand themselves to be, and how they act (or choose not to act), and what the consequences are. I wouldn't call this a failure of nerve, I'd say it was knowing your lines and showing up on time. Political posturing isn't persuasive. Emotional investment is. The beating of your heart outguns the cannon fire.

The question Barb Goffman raised was about cowardice, and moral imperatives. Don't we have an obligation to speak out, at the least, against violence and hatred? And if we're silent, or indifferent, isn't that collusion? If you were a Jew in Hitler's Germany, would you fight, or hide? It's worth remembering that acts of conscience, in a lot of places, and even today, can cost you your life. We're not just talking about the Third World here, and primitive goons like Boko Haram. The First World has its own fatwas. We don't pretend we're doing it for God, or supposedly.

I don't have any prescriptive answer for this riddle, either. There are safe choices, and dangerous ones. We can all hope we'd rise to the occasion, if our courage were put to the test. But we don't really know whether we'd collaborate, to save ourselves or buy time. As for making our voices heard, I think we owe it to those other voices that are so deafeningly silenced. Just this week, a Turkish writer with German citizenship, Dogan Akhanli, was arrested in Spain on an Interpol warrant issued by the Erdogan government, requesting Akhanli's extradition. It's a Whiskey Tango Foxtrot moment. We forget in this country that speech isn't protected in much of the world. Dogan Akhanli has had the bad manners to write about the Armenian genocide, which in Turkey invites jail time for sedition.

Heroics aside - standing up against tyranny - we still don't seem to have decided the issue. What place do our politics have in our writing, mysteries or thrillers or any fiction at all? The key here, I guess, is the adjective 'our.' Lots of stories have a political dimension, and we could name any number of plot engines that do, from conflict diamonds to extraordinary rendition to black market transplant organs harvested from convicts. On the other hand, I'm not going to inflict my own politics on you. It's not hard to make that distinction. Don't tell people what to think. Stories are about movement. If something gets in the way of that forward motion, and makes the reader break eye contact, then it doesn't belong. 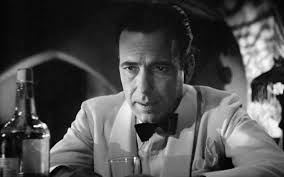 I think politics are okay in stories if they're integral to the plot. But when they become a polemic and the author's just trying to make political points it's deadly boring, at least to me.

You nailed it, David. Great piece and good advice.

"Political posturing isn't persuasive. Emotional investment is." Exactly. This is why I gave up on Tom Clancy, eventually. The posturing got in the way of the story.

Agreed on all points. The question is how much risk an author is willing to take. I would never recommend an author of a nonpolitical series have a plot involving the main character campaigning for any real-life politician. Not only would it quickly date a book (or story), but each real-life politician brings his own baggage that could alienate readers. But what if an author of a cozy decided that the murder victim, among other things, regularly protested at the local equivalent of Planned Parenthood? Or volunteered there? And thus the search for suspects inevitably would include a search for people who felt strongly on the other side of the issue. I'd expect in such a situation, the main character's opinions on related matters would realistically come out as part of the story. That storyline could end up alienating readers of the opposing viewpoint as well as readers who don't want the stresses of daily politics to invade their pastime. But maybe it would be worth it if the story is written well (not on a soapbox). It could persuade some readers. Is that worth it?

Absolutely. I remember one of Larry Block's Scudder books revolving around a killer tracking Scudder's friends through AA meetings - not as controversial as sex education or abortion - but Twelve-Step conjures up a lot of condescension for some. I think the political dimension has to rise organically out of the story.

"Political posturing isn't persuasive. Emotional investment is." I, too loved Allen Drury's "Advise and Consent", but the sequels all showed clearly his Right-of-Attila-The-Hun politics, along with a large dollop of blacks-as-children, to the point where they became caricatures.

Barb, I don't know his politics, but Robert Wright Campbell wrote a mystery I loved, "The Junkyard Dog", in which his hero Jimmy Flannery (a precinct captain in Chicago) solves a murder that took place in the middle of the bombing of an abortion clinic. Lots of interesting characters, on both sides of the equation. And no political posturing, but lots of emotional investment.

Thanks for the tip, Eve. And it's especially timely. The Kindle edition is free right now on Amazon. Downloaded!

Interesting and provocative post, David. I wonder whether you're familiar with Philip Kerr's Bernie Gunther series, set in 1930s and 40s Nazi Germany? Those books manage to be political without being preachy (hint: Gunther thinks the Nazis are evil and hates working for them).

I also have to say that as a writer of historical fiction, every generation filters the past through the collective lens of its own au courant cultural zeitgeist, whether it's reinterpreting nonfiction history of previous eras, or historical fiction portrayals of same. I don't think "revisionism" is necessarily a bad thing. At the end of the day, when it comes to the nonfiction portion of it, it's really all about the scholarship.

But when it comes to fiction, we frequently (and not always consciously) impose our own values on an earlier time. And sometimes the experiences of our lives inform our understanding of what came before.

One famous example of this sort of thing is the screenplay for the movie M*A*S*H*., which is based on Richard Hooker's roman a clef novel about his own experiences in Korea. when it came to the movie, though the screenwriter Ring Lardner, Jr., and the director Robert Altman were *clearly* making a film about the conflict of the moment: Vietnam. They even said as much later on.

I'm currently writing a novel set in 1844 Washington DC that centers on a plot to profit off of the eventual annexation of Texas. I have mapped out the book and subsequent entries in the series, which will run through first the Mexican War and eventually the Civil War. Slavery was legal in Washington DC. Think I'm not mentioning slaves? My two protagonists are an odd couple of naval officers investigating a gunnery accident: one just freed from jail in order to conduct the investigation, the other a green midshipman from a slave-holding family of Virginia aristocrats.

That's the stuff of conflict right there, and conflict, as we all know, drives plot.

One last thought: are you a Mickey Spillane fan (I'm not). Now THERE was a guy who wore his politics on his sleeve!

At least they couldn't make his writing any *worse*!

Thanks again for your thoughts. A most provocative post, in the best of ways!