John Floyd and Paul Marks cast giant shadows when it comes to films. John is known for the depth and breadth of his movie experience. I’ve managed to name a flick or two John hasn’t seen, but it’s difficult. Paul is recognized for his encyclopedic knowledge of vintage Hollywood. What he doesn’t know about Tinseltown could be loosely packed in a brown derby with room left over for a head.

Occasionally one or another of the rest of us bravely steps up to chat about films. Recently a little article caught my attention, ‘Ignore The Critics! 10 ‘Rotten’ Movies You Should Totally Watch Anyway’. I’m not sure what the word ‘totally’ quantifies in this context, but I liked the point of the article. They led with this list, about half which I’ve seen and a couple I wouldn’t have minded seeing.
Take, For Example…

Take the Ben Stiller version of The Secret Life of Walter Mitty. It’s less fanciful and more in tune with today’s world of corporate closings and layoffs, in this case the shuttering of Life magazine. It’s flawed, as are most of the movies on this list and yet it’s a satisfying romantic comedy.

Like Ben Stiller, Adam Sandler made early gross-out movies, but also like Stiller, he can be genuinely funny and play sensitive rôles. To me, 50 First Dates is better than this list. It presents an original problem, one Sandler is determined to resolve, the fact his new love’s short-term memory means she forgets him the next day. Out of these ten, it’s my clear favorite. 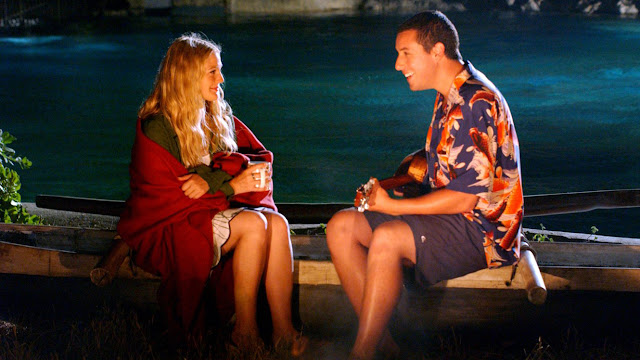 With half an eye on the small screen whilst doing paperwork, I watched Troy in one of those 2AM television time slots. It’s the one movie I would recommend only if your Netflix expired, your local Red Box dispenser broke, you don’t have enough light to read a tattered Danielle Steel novel, and you couldn’t even find your kids’ Bugs Bunny tape under the sofa. It survived in rental stores for, well, weeks by our teary, cat-loving gentle sex who watched and rewatched 2¾ hours of a naked Brad Pitt, Orlando Bloom, and Australian muscle Nathan Jones. It’s a pretty bad two hours and forty-three minutes you’ll never get back, but I give it points for a clever explanation of the Achilles’ heel legend.

While I usually consult critics (Rotten Tomatoes, IMdb), I occasionally defy the experts. I might see a movie because it’s a plot taken from a favorite mystery or speculative fiction writer. When it comes to science fiction, most critics find themselves strangers in a strange land; they don’t grok the genre. (There’s a sci-fi reference.) That’s why SF reviews are often meaningless.

Ever wonder why the movie sound system is called THX? In my student poverty days (as opposed to my writer poverty days), I sometimes visited a pocket-sized dollar movie house off New York City’s Union Square. One afternoon they showed what’s now called a cult film, George Lucas’ THX-1138. It was considered beneath review by major newspapers. It ran on a bit, but I liked it.

My film-fanatic friend Geri should meet John Floyd. When I feel like a movie, I give her a call and she’s always up for a celluloid fix. She’s open-minded, so we’ve seen quite a range from 50 Shades of Grey (lush photography, great music, sad-ass plot) to The Accountant (violently clever). Despite the critics, we recently opted to see The Book of Henry. 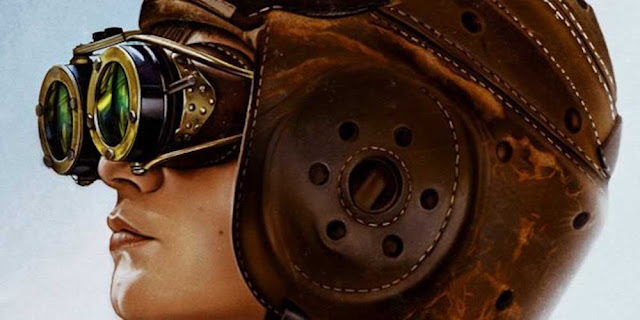 Rotten Tomatoes’ critics weighed in at a low, low 23%, but audiences tripled that rating. Critic Susan Wloszczyna came up with the cleverest line in her review: “Every book needs an editor.” Zing. It’s true. 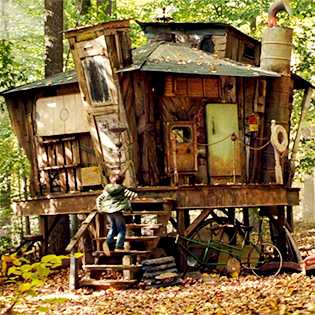 We liked the film, the characterization and the childhood atmosphere, but it’s definitely not a children’s story. No child plans a murder and no mother carries it out… not in the real world and not in fantasy, but that’s the premise of the second half of the plot. Clearly the script writer failed to grasp that precept. British critic Kate Taylor said, “I began to wonder if [the screen writer and director] had ever met any children.”

By now, you’re probably wondering how we managed to like anything about it at all, but the setting, character concepts, and acting helped offset a script that lost its way. I simply wish the writer had thought longer and harder about a smarter way to handle his premise. It’s one of those stories where you’re pretty certain you could have written a better outcome.

Sometimes I find myself on the opposite side of critics when they over-rate a film. An example is the 2015 The Witch (title stylized as VVitch). Rotten Tomatoes’ critics tipped the scale at 91%. It might have been atmospheric, but it contained absolutely no plot, none, zip. It consisted of nothing more than a series of scenes that were supposed to lead up to… something… but didn’t. Leave it to Puritans to sour a modern day movie about Puritans.

Rotten Tomatoes gave 2013’s Gravity a 96% rating. Think of it as 2001: A Space Odyssey where HAL ate the script. The space scenes were meticulously, even beautifully filmed, but NASA forgot to launch the plot, not much of one at least, mainly a dream sequence. Movie critics aren’t the only ones who don’t understand science fiction… sometimes movie makers don’t understand it either.

I’ve already written about a poorly (and unfairly) received film, 1982’s Butterfly with Stacy Keach, Pia Zadora, and Orson Welles. Sometimes trashing a movie has nothing to do with the film itself.

Let’s spare a moment to talk about Django Unchained, the 2012 Tarantino movie. My acquaintances found it incomprehensible, but I give it marginally passing marks. My gripes weren’t the same as my friends. Tarantino bragged how much historical research had gone into the film, but its anachronisms overwhelmed the story. I quit counting historical inaccuracies when I ran out of 9.5 fingers. (Friends will recognize another in-joke) Yes, I gave it a passing grade– barely– but I’ve thought for some time Quentin Tarantino is way over-rated. His sense of color, style, and violence stands out among less colorful directors, but I suspect future film classes will look back and wonder what the hell we were raving about.

What’s your take? What poorly rated films make up your guilty-pleasures list? And what films received high ratings that mystified you?
Posted by Leigh Lundin at 00:01