The other day R.T. Lawton and I were e-chatting about the new issue of AHMM--this isn't the first time he and I have been fortunate enough to be featured together in those pages--and we got onto the subject of submitting stories to mystery magazines and anthologies. And it occurred to me, also not for the first time, that these days I seem to be focusing as much on anthologies as on magazines.

There are probably several reasons for that. One: There aren't a lot of mystery magazine markets to submit stories to, lately. The longtimers are AHMM, EQMM, The Strand, Woman's World (they publish one mystery and one romance in each issue), and electronic zines like Mysterical-E and Over My Dead Body. (Am I leaving anyone out?) More recently, we also have Sherlock Holmes Mystery Magazine, Mystery Weekly, BJ Bourg's Flash Bang Mysteries, the upcoming Black Cat Mystery Magazine, and a few others. 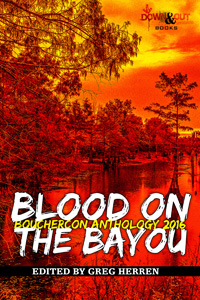 And there seem to be more anthologies out there now than there were in the past. Either that, or I'm now more aware of them. Besides regulars like the annual MWA antho, the Bouchercon antho, etc., there are a lot of anthologies from places like Down & Out Books and Level Best Books. As has been mentioned before at this blog, there are some excellent websites (Ralan.com and Sandra Seamans's My Little Corner are two that come to mind) that allow writers to stay up to date on which anthos are out there and which are issuing calls for submissions. Occasionally I've been lucky enough to be asked to contribute a story to an upcoming anthology--and I have yet to turn one of those invitations down.

NOTE: This discussion does not include the annual "best-of" anthologies like Best American Mystery Stories, Best American Science Fiction and Fantasy, etc.

What are the advantages of magazines over anthologies, and vice versa? Well, for one thing, the leading magazines usually give a writer more exposure and (sometimes) higher pay than an anthology. Also, since some of the magazines have been in place for a long time, most mystery writers are already familiar with the kind of submissions those publications want and don't want. 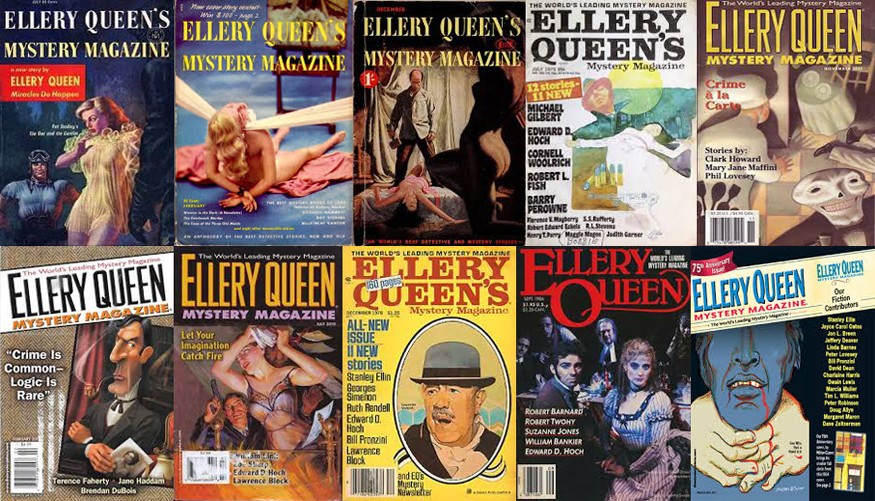 Another point: When you publish in a well-known magazine, whether it's print or online, your story will probably be in their archives forever, like an episode in a TV series. Magazines, like newspapers, are periodicals; an anthology is more of a one-time event, there and then gone, and its individual stories are possibly not as easily retrievable in the future. The flip side of that argument, of course, is that anthologies give the aspiring writer the chance to have his or her work appear in a "real" book, and sometimes alongside big-name authors.

Another item on the plus side of the ledger for anthologies is the fact that, in some cases at least, the response time for stories submitted to anthos is less than for stories submitted to magazines. Also, you might face less competition that you would at the leading magazines, because of the often-tight submission windows for anthologies. Some writers don't find out about these "calls" until it's too late, and even if they do, there might not be enough time for them to write or re-vamp a suitable story. Besides, most anthologies are themed, and that alone can thin the herd. If you can't write (or find in your inventory) a story that fits the theme, you're out of luck.

There are at least three things that I've heard about anthologies that are sometimes considered to be advantages, but aren't. One: Anthos are more likely to accept reprints. Well, some are, and some are not. There are a number of magazines, especially e-zines, that will consider reprints as well. Two: Anthologies, since they sometimes pay via royalties, are a better financial opportunity for the writer. Untrue. As mentioned earlier, this depends solely on the publication--and on how well the book sells. Three: An anthology's editor is often a fellow author, and might be a friend or acquaintance and therefore more apt to squeeze your story in. That's certainly possible--but I consider myself a friend to several magazine editors, and I assure you that doesn't guarantee publication. The best editors, regardless of the kind of market they oversee, are more interested in acquiring quality stories than granting their buddies a free pass.

I haven't gone back and studied the statistics, but I suspect that I now submit about the same number of stories to anthologies as to magazines. My question for you short-story writers is, how about you? Do you actively search out antho submission calls? Are you ever invited to submit? Do you usually stick to the tried-and-true magazines instead? Do you ever target non-mystery magazines with your crime stories? Do you use either of the market-listing sites I mentioned, and maybe some others also? What has your success rate been, for both magazines and anthologies? 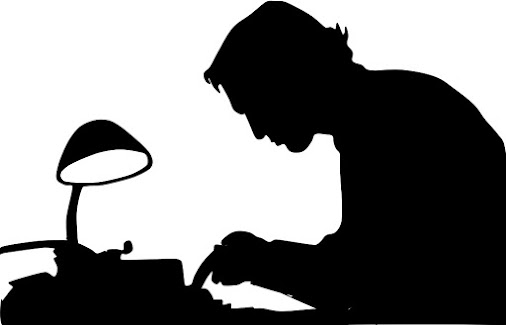 One market we haven't talked about is collections of your own short stories. Have any of you tried publishing collections of your shorts, either at big or small traditional presses? Any successes there? If so, did those books consist mostly of your reprints or of your original stories? Has anyone self-published a collection, maybe via Amazon? Any experiences you'd be willing to share with the class?

Thanks in advance. And meanwhile, keep writing!
Posted by John Floyd at 00:01