A Flood of Ideas 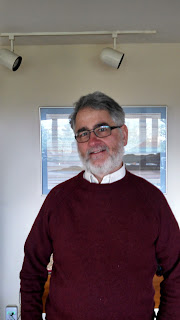 The town where I live is usually pretty soggy, but this was the wettest October in recorded history.  Then, the first Saturday in November we got two and a half inches of rain.  And that was too much for the walls of my sixty-year old house.

I should explain that I live in a raised ranch, with what is known as a daylight basement.  And about half of that basement flooded on Saturday night.  Luckily, it was mostly the unfinished section.  We emptied at least seventy gallons out of there with wet vacs.
'
I collapsed around 1 AM but Terri stayed up most of the night.  When I got up to relieve her I found myself doing a mindless physical task while half awake.  And as some of you know, that is a perfect condition for a writer to start bouncing ideas off his skull. 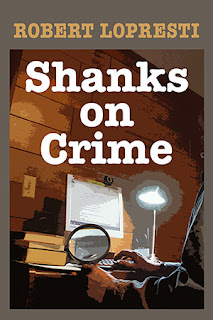 * What would Shanks, my mystery writer character, do if his basement flooded?  Complain a lot, naturally.  It's what he does best.  But could he use that mess to solve a crime somehow?

* Alfred Hitchcock's Mystery Magazine just bought the third story in my "Bad Day" series, each of which is about a group of strangers in fictional Brune County getting tangled up in a crime.  What if my incompetent Brune County cop, Officer Kite, got called to a flooded house?

* What if a family turned off (or didn't repair) their sump pump, causing disaster to neighbors downhill?  A family feud begins...

* The cabinet in our back tool room got soaked and all the boxes of effluvia and paint cans had to be tossed.  What if a couple who was, say, renting a house, experienced the flooded basement and, in the process of cleaning up, found something they weren't supposed to see?

Hmm.  I like that one.  Maybe once things calm down I can wring out the computer keyboard and see what happens...
Posted by Robert Lopresti at 00:00