The Mass Murderer or the Holy Man?


by Eve Fisher
In case you hadn't heard, we had a name change here in South Dakota:  the former Harney Peak, the highest natural site in South Dakota, in the Black Hills, officially had its name changed on August 11, 2016 by the US Board on Geographic Names to Black Elk Peak.  You might ask why the name change?  Because, as Martin Luther King Jr. once said, "The arc of the moral universe is long, but it bends towards justice.'

William S. Harney (1800-1889) was a cavalry officer in the Mexican American War, the Indian Wars, and a general during the Civil War.  He was not a nice man.  His infamy began back in June of 1834 when, while serving as a Major in the Paymaster Corps, Jefferson Barracks, St. Louis, Mo., Harney whipped a female slave named Hannah to death over the misplacement of keys.  When word got out, the Cincinnati Journal reported Harney as "A MONSTER!" and he actually had to flee to Wheeling, Virginia to avoid a mob.  (He was eventually acquitted, but remember the times.  Whites were never actually convicted of killing blacks; in many ways it shows how horrific Hannah's death was that a mob came after him.)

"Here's what the Nebraska State Historical Society has to say about Harney's actions (known as the "Harney Massacre") at an Indian village in 1855 at Blue Water Creek, south of the Black Hills: "While engaged in a delaying parley with Chief Little Thunder" Harney's troops "circled undetected" toward the village, "where the infantry opened fire and forced the Indians toward mounted soldiers, who inflicted terrible casualties. 86 Indians were killed, 70 women and children were captured, and their tipis were looted and burned.""  (See Constant Commoner blog for 8/14/16.)

After that, Harney was known among the Sioux as "Woman Killer."  This is who the mountain was named after in 1855 by American Lieutenant Gouverneur K. Warren, who served under General Harney and apparently loved it.

Meanwhile, there's Black Elk (1863-1950).  Lakota Sioux, medicine man, visionary, and author of "Black Elk Speaks", who knew that his visions were given him to help heal his people:

"And while I stood there [on Black Elk Peak] I saw more than I can tell and understood more than I saw; for I was seeing in a sacred manner the shapes of all things in the spirit, and the shape of all shapes as they must live together like one being. And I saw that the sacred hoop of my people was one of many hoops that made one circle, wide as daylight and as starlight, and in the center grew one mighty flowering tree to shelter all the children of one mother and one father. And I saw that it was holy."

Black Elk is very important to the Lakota, as well as other Native Americans:  In fact, the suggestion of Black Elk Peak came from Basil Brave Heart, a Lakota elder born on Pine Ridge, which, like it or not, is part of South Dakota.  Here's part of an interview with him on the subject:

"About two years ago, I had a very deep, intuitive feeling that Harney Peak represented a very deep atrocity that was committed against the Little Thunder Tiyospaye at Blue Water Creek in 1855. There were women and children massacred. The way this whole thing was conducted by General Harney, to me, was despicable. As a military man, a combat veteran of Korea, I think he violated the deepest, most honorable military code of conduct, which relates to treating the enemy. First, there was a white flag that was lifted by Chief Little Thunder. Harney disregarded that, and he went in. His whole intention was to annihilate. This was to send a message. Soldiers don’t do that. They conduct themselves in a way that is ultimately humane.
"So, you took the first step?

"It weighed on my heart. You know, we Oglalas still live near this sacred peak. We see it all the time. Knowing as we do General Harney’s history with our people, it has always bothered me. Then a young man came to visit me (Myron Wayne Pourier); he is a direct descendant of Black Elk, and he said he wanted to see the name changed. I said: I don’t want to do it unless I have the Black Elk family’s full support. He said: You have it.

"That must have really raised the stakes?

"So prayer was there at the beginning?

"Definitely, at the beginning. We filled the pipe and we smoked it." 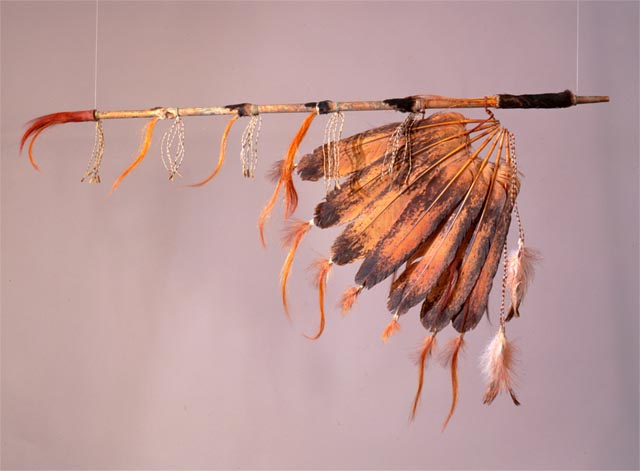 (Read more at http://indiancountrytodaymedianetwork.com/2016/08/15/black-elk-peak-answer-many-prayers-basil-brave-heart-165456)
You'd think this would be a no-brainer, right?  Woman Killer v. the Holy Man? What's to argue with?  Ask our politicians:
Senator John Thune: I’m surprised and upset by the U.S. Board on Geographic Names’ unilateral decision to rename Harney Peak, one of South Dakota’s most well-known landmarks…. The national board’s choice to reject the state’s recommendation to leave the name as-is defies logic, since it was state officials who so carefully solicited public feedback and ultimately came to their decision. I’m also disappointed the board grossly misled my office with respect to the timeline of its decision, which wasn’t expected until next year” [Senator John Thune, press release, 2016.08.11].

NOTE: Lou Yost, the executive secretary for the board, said he was unaware of who in the four-person office told Thune's office that the issue would wait until next year.  "Who told him that it wasn't going to be addressed until next year? As far as I know, we haven't had any correspondence, and we're a pretty small office," he said.  (see USA Today)

Governor Dennis Daugaard: I am surprised by this decision, as I have heard very little support in South Dakota for renaming Harney Peak. This federal decision will cause unnecessary expense and confusion. I suspect very few people know the history of either Harney or Black Elk [Governor Dennis Daugaard, press release, 2016.08.11].

(All I can say is that most Lakota know a great deal about Black Elk, and they know that Harney was a butcher, so to them it's sort of like if Israel changed the name of a mountain from Mendele Peak to Moshe Peak.  Great rejoicing.)

“I truly believe that (Daugaard) wants to improve race relations in South Dakota, but comments like that don’t help matters,” said Sen. Troy Heinert, D-Mission, a Rosebud Sioux member who chairs the state tribal relations committee. “Black Elk is still very significant to our culture. So is Harney.... My suggestion would be to have a press release explaining that Black Elk was a spiritual man of peace and welcoming the opportunity for our citizens and the visitors of our great State to learn about the true history, majesty, and importance of the He Sapa (Black Hills).”   (See Argus Leader)

Maybe we should all send Governor Daugaard and Senator Thune a copy of Black Elk Speaks.  Or a history book.