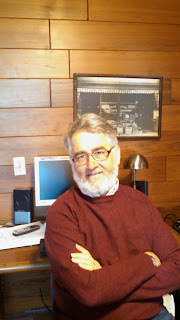 This year of 2016 keeps stealing celebrities at a record pace, doesn't it?  On the same day last week two famous authors passed away.  The better-known was playwright Edward Albee, but the one who mattered more to me was Canadian writer W.P. Kinsella.

Even if you haven't read his stuff, you probably  saw Field of Dreams, which was based on his novel Shoeless Joe, which in turn was based on a short story.  That  piece was not a one-off.  He wrote a lot of novels and short stories about baseball and they were almost examples of magic realism.  My favorite was a short story in which the manager of the Boston Red Sox receives a vision from God which informs him that that beleaguered team will win a World Series some day - but it will be the last one before the end of the world.  How would that affect your coaching decisions?

But my first encounter with the man, and still my favorite were his Ermineskin stories, and frankly they have always been controversial.  They should be.

The stories are set on the  Reserve of the Ermineskin First Nation in Alberta.  In the U.S. we would call it a Reservation of an Indian Tribe or Native Nation.  The problem is that Kinsella is not a member of any First Nation and, if I recall correctly, said that when he wrote the first story, his only experience of that people was having some as customers when he was driving a cab.

Which brings up the subject of cultural appropriation.  Now, you could argue that Tony Hillerman did the same thing with his Navajo characters, but they were clearly the heroes and as far as I know, his books were popular with members of the tribe.  (They gave him an award, after all.)

But Kinsella was not so respectful.  His stories were often funny, sometimes at the expense of his First Nation characters.  As the books went on they got worse in that regard, in my opinion. One reviewer complained: "[I]magination does not absolve racialism; humor is no excuse to exploit negative preconceptions about tribal people. The author plays Indian for a white audience."

So why do I bring these works at all?  Because some of them are so damned good.

The hero is Silas Ermineskin, a sensitive young man, who practices his writing skills by telling these stories, which also feature  his family, his friend Frank Fencepost, a snarky and sneaky Lothario, and the shrewd medicine woman Mad Etta.  (At least two lines from Mad Etta have found their way into my quotations list: "Gifts make slaves like whips make dogs." and "The law is like rope...useful, necessary, strong, but it can be bent and twisted into all kinds of shapes depending on the occasion.")

Most of the stories are not mysteries in any sense but a few are and one is on my list of favorite crime stories.  The title tale of the first collection, Dance Me Outside, concerns the murder of a young First Nations woman by a young White man who is let off with a slap on the wrist.  When justice fails, a type of vengence is exacted. (This story and a few others were the basis for a pretty good movie of the same name, which then spun off a not-so-good CBC series called The Rez.)

But my favorite is "Pius Blindman is coming Home," which appears in The Moccasin Telegraph, probably the best of the books.  An elderly woman is dying in a hospital and her westernized children, against Mad Etta's advice, assure her that her son is coming to her side.  They just want to comfort her dying hours but, expecting her son, the woman simply refuses to die. The ending is one of the most stunning I have ever read in a short story.

So there you have it.  I wish I didn't feel so ambivalent about the stories. .  Kinsella's world may have nothing to do with the real life of the people on that Reserve, but, for good or bad, he makes me believe it and feel compassion for them, even if he and I are a million miles off from understanding who they are.  Such is the complexity of fiction.
Posted by Robert Lopresti at 00:00