Jack Schaefer's most famous for SHANE, and if he hadn't written any other books, he'd still be famous. Then again, with the exception of SHANE, most critics in Schaefer's lifetime pretty much ignored him, or lumped him in with a bunch of other guys who wrote Westerns. (Not that I'd mind keeping company with some of those guys myself, A.B. Guthrie, Tom Lea, Walter Van Tilburg Clark, Alan Le May.) Schaefer was said to have preferred his later novel, MONTE WALSH, which is really very different from SHANE - SHANE tight and relentless, MONTE WALSH loose and roomy, almost a shaggy dog story, even if anything but sentimental. 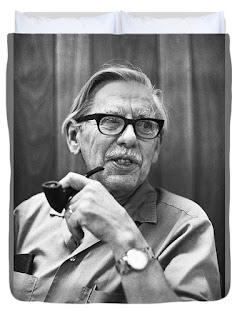 Most of us probably know the movie better than the book. Alan Ladd's mythic entrance, his horse at a light trot, the gait stately, and the deer raising its head, framing the approaching rider between its antlers. "I wouldn't know a Ryker from your Jersey cow." The dog getting up and slinking away when Jack Palance first walks into the empty saloon. Stonewall Torrey's death, still as shocking now as it was then. The final showdown, fated and necessary.

It might not come as a surprise, though, to learn Schaefer thought Alan Ladd was wrong for the part. That shrimp, he's supposed to have remarked. And in fact the casting was almost accidental. George Stevens had other actors in mind, but it came down to availability, and Alan Ladd's box office certainly couldn't have hurt. In any case, the picture's what it is, not what might have been. Shane's a long, tall drink of water in the novel, but his physical description isn't as important as the dynamic between the characters, Shane and Marian, Shane and Joe, Shane and Joey. Ladd gets it right, as do Jean Arthur, and Van Heflin, and Brandon De Wilde. Schaefer isn't the first writer to think Hollywood gave him short shrift, but in the main, I sure wouldn't complain if it were my book. 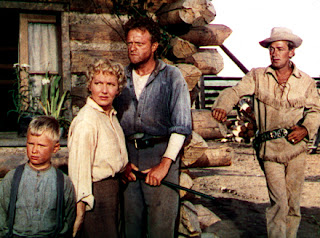 The more interesting wrinkle, or reversal, is that later in life Schaefer apparently decided Shane had thrown in with the wrong side. I think there's probably an element of mischief here, Schaefer being contrary. Then again, he's not saying Shane would take the cattle baron's side out of spite, or for less than honorable reasons. Schaefer's point is that the nesters signal the end of the open range, in the most literal way. And the gunslinger, like the cattle baron, is a man whose time is passing. His natural sympathies wouldn't be with fences, or farmers, they'd be with the tough old cobs who might have been the first white men to see Wyoming, and took the land from the Indians.

And a further aspect, which involves more self-awareness than Shane might have, but not Jack Schaefer - or, for that matter, George Stevens. Shane, on his white horse, and Jack Wilson, the Angel of Darkness who rides in from Cheyenne, are more similar to each other than either of them are anything like the Starretts or the other nester families in the valley. Shane is the Good Guy, and Wilson is bad, without moral compass, but Marian has it right, that carrying a gun is what sets them apart. This insight is borrowed from the film writer Jim Kitses, and his book HORIZONS WEST. The hero saves the community - Shane kills Wilson - but he uses means the community can't live with. There's no going back from a killing, Shane tells Joey, and rides away. The forces of anarchy are contained, is the way Jim Kitses puts it, but the hero himself is a force of that anarchy. Shane uses murder to rescue the farmers, and he in turn has to go into exile. What he's done makes him different. It's the right thing to do, but he pays a blood price.

I guess this could easily seem both overly analytical and blindingly obvious. That's often the case. You go, How did I not know this before? You could ask, I suppose, whether Grendel proceeds from Beowulf's subconscious, some monster of the hero's own imagining. Duality is a device of long standing. Isn't it generally accepted that Lucifer is the most compelling character in PARADISE LOST? Not to get overinflated, or not with literary models. The best examples I can come up with are the pictures Burt Kennedy write for Budd Boetticher, starring Randolph Scott, and RIDE LONESOME in particular. Scott and Pernell Roberts are the same character, at different stages in their lives.

I'm not sure if Jack Schaefer meant SHANE to approach the mythic, or if it just kind of crept up on him. It's not hard to do. You can see myth working its yeasty magic in a lot of Western writing. (George Stevens, in the movie, is self-consciously Arthurian, even.) Looking at SHANE as archetype, you have to wonder whether that was conscious. Schaefer grew up in Cleveland. When he wrote the book, he hadn't actually been West, or so the story goes. After the novel was published, he moved to Santa Fe, and spent the rest of his life there. This bears thinking on. Do we write more confidently out of our imagination or from direct experience? Schaefer could fully imagine the West, as real as the face on a nickel, and I doubt if he felt any disappointment when he finally got there.

I have to say I believe the West is a landscape of the imagination. I think James Fenimore Cooper was onto something, that the European settlers were drawn by the far horizon, an echo of the empty sky, the tidal pull of the continent itself. This isn't a new observation, by any means. And the narrative has its own heroic dimension, in spite of the horrific, implacable cost to Native peoples and the land, what we now recognize as genocide and environmental plunder. For all that, it speaks with the many tongues of legend. Our shadows cast before us in the long grass, the sweep of skyline, the enormous solitude. It has the familiarity of collective memory, the density of earth, the promise of grace.

In the sense that we invent ourselves, then, the West is our invention. It becomes an object of longing, a mirror we turn to the light. We inhabit it. In turn, it inhabits us entirely. We are a part of it, but it makes us whole. 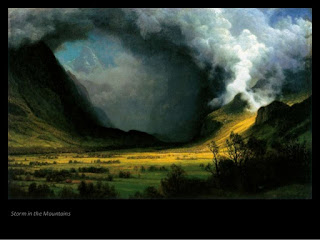 Something else strikes me about Shane. Plots are only as good as the bad guys, and Wilson made one hell of a bad guy.

Fascinating piece, David. Shane is one of my favorite western movies, and the one that I would show the proverbial Martian if I had to show him something and say "this is a western." So the background on Schaefer is really interesting, as well as the analysis. And Monte Walsh is one of my favorite novels of any genre. I like both movie versions to varying degrees, but I really like the novel and the story of a man who's outlived his time, which I guess is true of Shane as well.

A fine column, David! Shane was a great novel (I first read it in high school), and a great movie (I first saw it in college). It's probably my favorite Western, except maybe for Once Upon a Time in the West. I once heard that Alan Ladd was so short they had Jean Arthur stand in a hole during some of their scenes together--but you're right, I think he was perfect for the part.

Great post here, David. I've seen the movie, haven't read the book, but appreciated these perspectives on all of it and on Schaefer himself. Thanks for this!

John Floyd, it was widely reported that Clark Gable stood on a soapbox when taking Vivien Leigh in his arms so that the fantasy wouldn't be spoiled for millions of women.

For the record, Alan Ladd was 5'6" and Jean Arthur was 5'3". On the other hand, Sophia Loren was 5'8", so when she made BOY ON A DOLPHIN with Ladd, she actually did walk in a trench for some of their shots. Ladd wasn't well-served in a lot of his pictures - some of them were pretty lame - but more than a few are well worth looking at, especially the gangster movies. Check out his filmography at IMDb. http://www.imdb.com/name/nm0000042/?ref_=tt_ov_st_sm