As many of you know, we've got a new house that has a relatively empty backyard.  We've got a pool back there, and a concrete slab that was probably poured so some past owner could park an RV on it, but other than that all we've got  is gravel.  Well, gravel ... and three large pallets with plastic wrapped boxes and goods that I need to put in my office.

Problem is, I don't have an office yet.  We need to put one in -- right atop that RV slab back there. The plan is to place a hot tub beside it covered by a loggia.  We've got the loggia, but not the hot tub.

Nor do we have the office, though I've lined-up a nice structure that will be delivered for a good price.  I'll need to do interior and finishing work, though, before I can write in there.

My wife, with her degree in interior design, has some projects she wants me to construct within the house as well.  And, since she handles our home interior, I get the fun of landscaping the backyard once my office is up and running.  (I've revived the grass in our front yard, only needing to add some trees, bushes, and vines that will shade the mostly windowless east and west ends of our ranch house.)

Meanwhile, I also have several writing projects that need my attention.

The result is that I haven't had enough time to take care of home matters, my writing, and my blogging, while still holding down my day job.  One of the things that I've let slip is making comments on my own posts.  I managed to squeeze in time to write my posts, but I haven't often been able to respond to readers' comments.

And that bothers me.  I think, if I'm going to write a blog, that means also taking part in reader discussion of my posts.

I've written for SleuthSayers since its inception, and was wildly excited to be invited to partake of this blog.  At times, I think I've done my best, but lately my best just hasn't been good enough to warrant my continued participation.

I don't look forward to leaving SleuthSayers, but I need to take some extended time off in order to (literally) get my house in order (as well as the grounds), and to concentrate on writing projects I've let slip lately.  SleuthSayers isn't the only activity I've engaged in, that I'm pulling out of at the moment, but it is the only one it makes sense to write about here.  Once I believe I've gotten my writing house back in order, and that it makes sense for me to return to this forum as one of the posters (if that's even the right word?) I'll let you know. 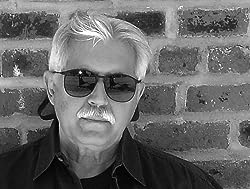 You'll be very happy to learn that my slot will be filled by award winning mystery writer O'Neil de Noux.

He has written 18 novels and published over 300 short stories, including science-fiction adventure stories, character-driven mysteries, historical fiction and even a smattering of very well executed erotica.

He served as the 2012-2013 Vice President of the Private Eye Writers of America -- and rightly so.  His work has won multiple awards for both long and short fiction, among these a Shamus in 2007 (Best Short Story) and a Derringer in 2009 (Best Novelette), while his The Long Cold is in the running for Best Paperback Original Private Eye Novel this year.  (I've got my fingers crossed for ya', buddy!  Though it's not like you need the luck, because you write great stuff!)

In short, I'm flattered even to be REPLACED by this guy.  And, he's clearly a great fit for this blog site comprising so many other highly successful writers.

I hope you'll join me in welcoming O'Neil de Noux to SleuthSayers, and I strongly encourage you to be sure to catch his inaugural blog in two weeks!

Meanwhile, this time I ... won't ... see you in two weeks!  In the immortal words of Red Green, however, "Keep your stick on the ice; we're all in this together!"
--Dixon 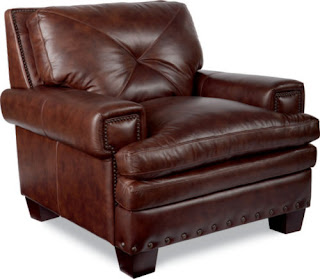