by Art Taylor
My column this week is scheduled right in the middle of Bouchercon, and while my goal originally was to post something direct from New Orleans—breaking news! fun photos! insider anecdotes about the mystery world's stars!—I realized quickly that I probably wouldn't get to the computer often or easily or....
So instead, posted in advance, here's a fun little game in honor of the event: an old-fashioned word find!

Featured here are the guests of honor, the various awards given out throughout the weekend, and a sprinkling of other mystery terms—including the name of one of the best blogs in the business. Do know that the clues appear vertically, horizontally, diagonally, and both forwards and backwards.

Whether you're in New Orleans or not, I hope you'll enjoy! 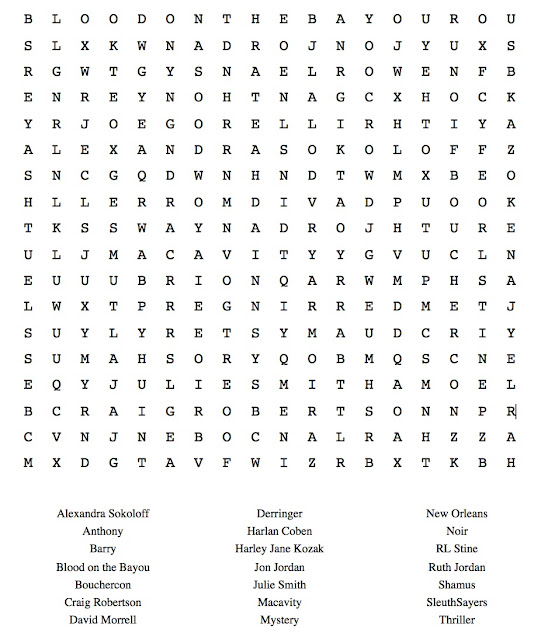