Today’s article takes an international bent, one at which the British might cock an eyebrow, South Africans pretend not to look superior, Australians mutter, “WTF?” and Canadians cringe. “Oh, not another American diatribe to confuse the issue.” Yes, I’m talking about spelling, but words of particular interest to writers.

I’ve lived and worked in the UK so I’m a bit schizophrenic about the topic. On good days I might give myself an A- but other days barely a B. When it comes to those plural-singular collective noun & verb combinations, I want to shoot myself, e.g, “Manchester are a great team.” Manchester what? Even Liverpool and Leeds disagree… for different reasons, but do they say Manchester suck or sucks? No… yes… maybe… I’m off on an unwinnable rant. 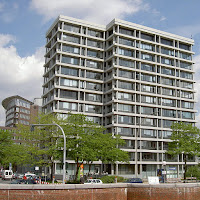 We can blame the devil in Noah Webster for part of our dilemma, but no one ever credited natural language with logic. It’s up to us poor writers to struggle against the darkness. And the not so poor– Stephen King reportedly insists upon certain ‘international’ spellings. Double points to him because he provides a web page so readers can report typos and other errors.

Our steadfast friend, James Lincoln Warren, has previously suggested we should use ‘storey’ to refer to a floor within a building and ’story’ for literary uses. JLW writes:


Brilliant and simple, right? So if we use story and storey, why not further distinguish other words the same way? 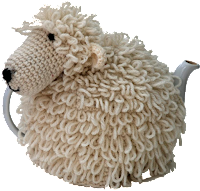 We North Americans recognize (or recognise– more on that later) two great British inventions, the cosy and the, er, cosy. One popularly keeps tea warm and the other warms readers of golden age mysteries.

Some American authors happily use this spelling, but exceptions abound including our own Fran Rizer, and why not? She writes Southern cozies with a ‘z’, thank you very much. 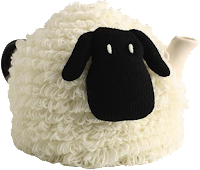 I like cosy as a noun, but when it comes to verbs and adjectives, my senseless sensibilities kick in. “She cosied up to him,” seems wrong, like she quoted Agatha Christie while serving him a pot of tea.

But if we expand our North American use of cosy with an ’s’, I suggest we negotiate ‘-ize’ endings. The poor zee (or zed) sees so little use, why not allow it to participate in ‘authorize’ and ‘pressurize’ and ‘legitimize’? 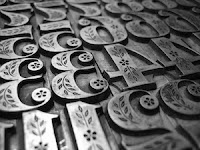 The first time I came across ‘lede’, I had to look it up to make certain I wasn’t misreading it. The use of ‘lede’ as a variant of ‘lead’ is even newer than storey, dating back to the late 1950s or early 1960s.

Lede has been used to mean a headline, but more precisely refers to the opening paragraph of an article or story that summarizes (not summarises) the content following. Waffling Wikipedia suggests lede/lead combines the headline and first paragraph, but the ever precise Grammarist narrows its definition:


In more dramatic forms, the lede can compare with a hook, but perhaps less obviously in, say, legal and technical writing. Professional journalism practices say a lede must provide the main points of a story, interest the reader in the story, and accomplish those goals as briefly as possible.

Newspapers used to be set in hot and cold lead (molten metal, Pb), so the lede of a hot lead could be cast in cold lead. As an interesting footnote, the American Heritage® Dictionary of the English Language comments upon lede:


“Bury the lede” uses only the lede spelling. It’s sometimes misunderstood as burying a lead article within a newspaper, but it more narrowly means to begin an article with unessentials and postpone revealing salient points or facts until deeper in the body. For example, an editor might bury the lede for popular or political reasons.

If we succeed in making the spelling choices in the English language smaller while making the meanings more exact, why stop with these words? Why not use certain British nouns in exchange for North American verbs? “I tired of the tyre against the kerb, which curbed my enthusiasm.” Yeah, that works.

The words clew/clue seem to have sorted themselves out, although an author like  James Lincoln Warren might employ ‘clew’ in nautical and historical writings.

Back to crime writing, what the hell do we do about ‘gaol’, an unholy Norman abomination that dismays even the Welsh? We turn to James once more:

Congratulations to James for two stories soon to appear in Ellery Queen and Alfred Hitchcock’s Mystery Magazines. Tip your boater to him at the New Orleans Bouchercon.
Posted by Leigh Lundin at 00:00