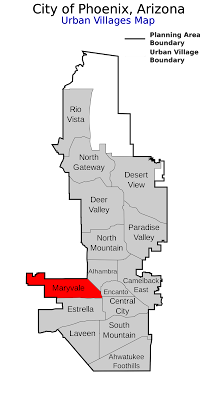 Not long ago, I posted a story about a fellow who dressed as a "Zombie Killer" and was later arrested for raping and murdering several women here in the Valley of the Sun.

Today's post concerns an on-going serial killer's actions: those of the person dubbed "The Serial Street Shooter," or in some media, "The Monster of Maryvale."  (Maryvale is an "urban village" on the west side of Phoenix.

Early shootings were largely believed to have been centered around poorer Hispanic neighborhoods there.  The investigation would later indicate the shooter ranged more widely.)

Unfortunately, this person remains at large as of this writing.

The first victim was a teenage boy, but police didn't realize what was going on for some time. And, because the investigation is still going on, they haven't released many names, or most other details, but the AZ Republic listed this timeline about the victims:


Initially, police connected four shootings, with six victims, to the same perpetrator – all the victims having been shot during the hours of darkness, on weekends and within a four mile radius. By mid-July, however, forensic evidence connected four other shootings, taking place as early as March; one more than ten miles away from the Maryvale epicenter of the other attacks. Nor did that victim, Krystal Annette White, seem to have any connections to the city.

Witness reports have varied, naturally.  The gunman is reported to be a light skinned Hispanic or white male in his early to mid-twenties. Unofficially, he is rumored to have a thin build, but Phoenix Police homicide Lt. Ed DeCastro cautions that the police department is actually uncertain about his height and build at this time. 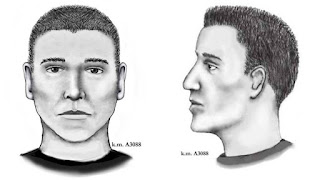 Until July 11th, only a side-view composite was made available by police, because no one reported having seen him face-on.  The 21-year-old who was shot at on that date, however, assisted police in generating a frontal composite.

The victim says the shooter stopped his "black BMW" so that its driver door window and the victim's were facing each other, then stuck his head and a sidearm out of the window, giving the victim an angry look before opening fire.

The gunman was reportedly alone in most cases, though in one case he was supposedly in a car with two or three others.  Sometimes he exited his car before firing, while on other occasions he remained in the driver's seat.  Descriptions of the car varied widely, but had enough cohesion that police now suggest he has used at least two cars: a boxy, late-90's or early 2000.s BMW 5-series; or a white Cadillac/Lincoln type of sedan.  There has even been speculation that he may have access to a car lot or automobile dealership, perhaps working as a valet or lot person.

Police say the shooter appears to target his victims largely at random.  And, while most of his victims have been Hispanic or black, anyone foolishly jumping to stereotypical conclusions should be warned that there appear to be absolutely no ties to drugs, gangs or other illegal activity.  Most victims appear to have been good citizens.  In fact, nothing seems to connect these victims, except the fact that they were shot at by the same weapon, the lateness of the hour when they were available as targets, and the general lack of witnesses when they were shot at.

Police are asking for help, saying somebody out there must know who this person is.  The reward for information leading to his arrest has now be raised to $75,000 and police are hoping someone will come forward.

I'll let you know if this happens.

See you in two weeks,