Origins of a Character 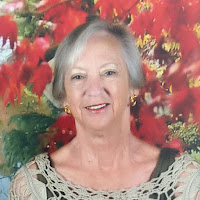 Way back in the olden days when I came up with the character of Milt Kovak, then deputy sheriff of Prophesy County, Oklahoma, I imbued him with the best features of every man in my life: husband, father, brothers, and even a little bit of my father-in-law. And, yes, there was some of me in there, too. They say we all have a feminine side and a masculine side. My masculine side went wholeheartedly into Milt.

Later came E.J. Pugh and her family, which were basically loosely patterned after my own nuclear family of husband, daughter and myself. So much so that, in the first book, when my husband read it, he asked (he said commanded, I said begged) me to let E.J.'s husband Willis save her at least once, instead of E.J. saving him four times. I reluctantly agreed.

My short-lived Kimmey Kruse series came from watching too much Comedy Central on cable, and the fact that a good friend of mine had moved to California and become a stand-up comic. Kimmey wasn't really based on her, but rather inspired. And, of course, my friend gave me all sorts of inside scoop on the biz.

But have you ever just met someone you'd love to turn into a character? Well, I met that someone last week. I'd known her since I was nineteen years old – we won't say how long ago that was – but only as my best friend's cousin. That older cousin who told her what to do and when to do it and took all the fun away from what we'd been about to get into. We'll call my best friend Kathy, mainly because that's her name. Her cousin, we'll call her Jon, again because that was her name, I'd only known as that mean one who was always making Kathy sad, mad, and very occasionally glad.

Then last week I drove to Houston for Jon's funeral. She'd been fighting cancer valiantly for the last two and a half years, but lost that battle last week. Theirs is a big family and well represented, as was every place Jon had ever worked in a long and varied career of helping people – mostly kids and the elderly.

And then something wonderful happened. Jon's granddaughter, now the mother of two small children, took the podium and began to speak. Her sister came up with her and held her hand as she gave the eulogy. She talked about how many things her grandmother had taught her, how her grandmother and stood by her in thick and thin, and then she asked for a show of hands of the people in the room that Jon had pissed off on a regular basis. Almost every hand was raised. Then she asked for a show of hands of those people who loved her anyway. Again, almost every hand was raised. And I began to discover, listening to her granddaughter and later hearing her friends and other family members speak, that this was a woman who did not suffer fools gladly. She said what she thought and to hell with those who didn't want to hear it. She fought unconditionally for those she loved and those who had no one else to fight for them. And it occurred to me, sitting in that over-crowded chapel, that I could only hope to have a quarter of the amount of people at my funeral, hoping that a lot of daughter's friends would show up. But Kathy and I agreed, on the drive back to her house, that we'd come to each other's funeral. It might be hard to achieve this goal, but we're going to try.

Since then I've been thinking about Jon and the kind of person she was and what a profoundly challenging and awe-inspiring character she would make – if, God willing, I have the talent to do her justice. She laughed loud, fought hard, and loved unconditionally. It's going to be a privilege to attempt to do her justice.
Posted by Susan Rogers Cooper at 00:00