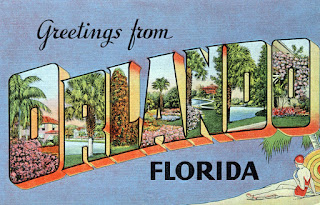 Saturday, six in the morning. My original article was queued to publish at midnight, but ignoring three tragic events in Orlando doesn’t seem right. I'll talk about one of those events today.

I happened to be out of town when the tragedies hit. Thanks to today’s global news, friends in South Africa sent me links in the early morning hours before my own news feed picked up the shootings. Other out-of-state friends sent condolences as television news lit up with the sun and the death count grew: perhaps more than a dozen killed, then twenty, then forty-something, and finally an even fifty. 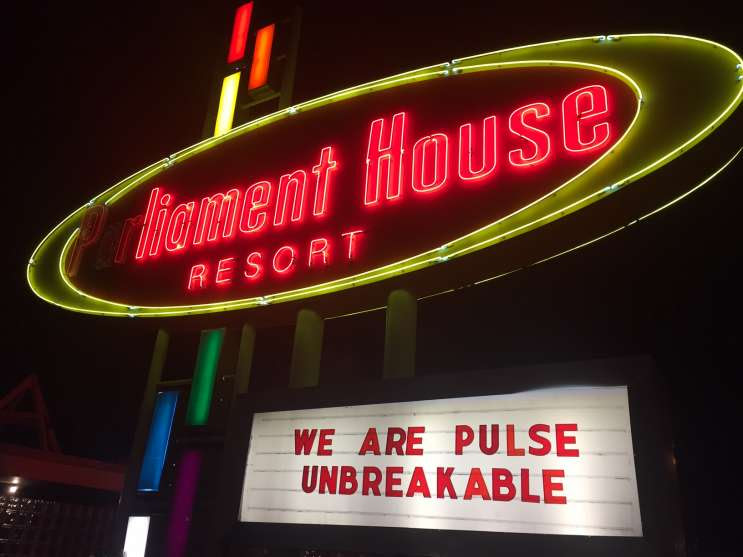 My first thought when I heard a gay club was attacked was of The Parliament House, a huge night club and resort complex two blocks south of my offices and not far from GLAD, the Gay-Lesbian Alliance. At the moment, The Parliament House’s marquee reads “We are Pulse– Unbreakable.”

My typing fingers try to attach the word ‘notorious’ to Parliament House, the adjective most used by acquaintances, but it occurs to me that it’s probably not notorious to its patrons. An establishment running that strong for more than four decades obviously has something going for it.

The carnage is inconceivable. One shocked resident reported losing seven friends at the Pulse, another more than two dozen. Losing one friend is awful but losing seven or twenty-seven?

A picture emerges not of a religious attack but of a gay hate crime or likely a gay self-hate crime. Reports conflict whether the shooter appeared on gay dating sites, but locals say Mateen, the perpetrator, attended gay clubs in Orlando. Those in the know say Mateen was troubled but not fanatically religious nor had contact with Daesh/ISIS. Police think he donned the mantle of ISIL to gain additional notoriety and as a way of justifying his crime.

In writing this, I’ve repeatedly cut out paragraphs that inevitably lead to political positions, but during 9/11, I had my own little encounter with Islam. At the time of the World Trade Center attack, I happened to be renting to a Saudi Arabian tenant. He wore traditional dress and he had a couple of other Muslim friends. They shared shawarma with me, perfectly seasoned, a kind of sandwich I hadn’t had in years.

I needed to make repairs, involving drills and saws. When it came time for prayers, they welcomed me to continue, but I couldn’t– I hadn’t been taught that way. I asked if I might observe and afterward, they explained the significance of small gestures such as angels on the shoulders.

After the 9/11 attackers were identified as Muslim, my tenant was afraid to stay. Although I made it clear he was in good standing with me, he flew home to Riyadh. His being a Muslim wasn't a source of conflict but of communication. He was a good man, a kind person. He gave me a parting gift; I can’t think of another tenant who’s done that. But he was right– some fools would have made his life difficult if not dangerous.

A Case in Point

A few months following 9/11, I was called to jury duty in a criminal trial. An Iranian student was accused of assaulting a girl at Downtown Disney, the entertainment complex originally called The Village, then the West Side, and now Disney Springs. The local State Attorney’s office, apparently considering the case a slam dunk, assigned not just their B-team, but recruits who looked fresh out of college.

The prosecution put on the cop who took the report and made the arrest, then a friend of the victim who said she kind of, sort of witnessed the incident, and finally the victim herself, a striking blonde who proved reluctant in the extreme to testify.

While stopping short of admitting she and the accused were dating, she said they’d had an argument. She’d slapped him and drinks were spilled or thrown in faces. Then presumably he slapped her. No, no.

The defense paraded a number of friends as witnesses who saw and heard nothing, but of course they couldn’t prove a negative. The notion of an alcoholic-fueled spat by clandestine lovers couldn’t be avoided, the proverbial elephant in the room.

We, the jury, identified two problems with the case. First, the alleged victim initiated the incident and struck him first. That troubled us. But we noticed something the lawyers hadn’t. In demonstrations, the witness and victim indicated the boy had slapped her with his right hand, but we noticed he wrote left-handed. Everyone we knew punched and slapped with their dominant hand, not their weaker one. This wasn’t merely a potential crime, but an unresolved mystery.

We, a jury of three men and nine women, found the accused not guilty.

The prosecution was stunned. They had everything going for them– a pretty blonde victim, a dark, dangerous-looking Muslim kid, and a predominantly female panel in a post-9/11 atmosphere — yet they lost. Prosecutors asked the judge to poll the jury. When we stood by our decision, they asked the judge to individually question the jurors.

We knew we didn’t have all the answers, but I was proud of us Floridians that day. We showed that in a pained and angry atmosphere, an American jury could still be fair without regard to origin or religion.

Today, I’m happy to say the local take is striving to be fair as well. Friends and neighbors of the victims don’t believe Islam played a rôle, and that mention of ISIS was either misdirection or mere gilding of the deadly lily. Mateen's father simply says he committed a crime against humanity.

One word echoes not just in Orlando but with honorable people everywhere that goodness remains… unbreakable.
Posted by Leigh Lundin at 00:00