Some Friendships: A Mile Wide and an Inch Deep

And as writers in the 21st century we’re supposed to work social media. And it is work, but it’s also fun. You meet people you never would have met otherwise. Sometimes you’ll even meet them in real life, at a conference or convention or even meet up just go out to lunch if you’re in the same town. On occasion it goes the other way, you meet someone in person and then friend them online. Some of these people turn into good friends. 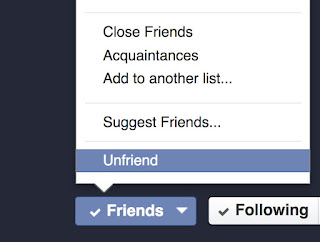 And how does this relate to SleuthSayers? Because this is a crime and writers/writing blog and it deals with the writing side—an aspect of the social media side of being a writer.

Occasionally I notice that I’ve lost a friend or two on Facebook or Twitter. I guess that’s to be expected. People drop off for a variety of reasons. There are programs or apps that will allow you to see who’s dropped you. So far I haven’t installed any of them. Maybe I don’t want to know...

But something interesting happened to me recently. I lost a friend I thought I was pretty good friends with. I knew I lost her and I knew who it was. I also knew why. Here’s what happened:

Generally speaking, I post nothing overtly political or religious on FB. Remember what your mom said about not talking politics or religion in polite company. So I pretty much follow that dictum. I post a lot of articles and pix of La La Land (Los Angeles) and film noir and Raymond Chandler and his ilk. Some animal pix. Some are of my animals, some not. Some funny animal things and some serious ones about abused animals. But that’s about as political as I get, at least in my mind.

But a short time ago I posted a song/video that I thought was funny. It was a satirical song about the holidays and Christmas and such. And it offended someone greatly. She told me so and I apologized in public in a comment on the post. But I didn’t remove the video. We had a little back and forth in the comments and also in private e-mail and it was civil on both sides, though I believe she wanted me to remove the video which I wouldn’t do. Overall I apologized three times, but apparently it wasn’t enough. She defriended me and basically said “farewell” in a private e-mail. 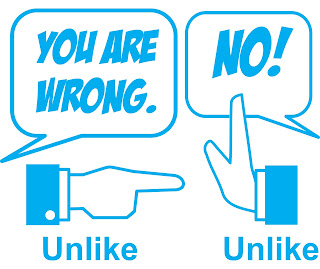 She was upset not so much by the video per se, but that I’d posted it around the holidays. Any other time of year and she wouldn’t have been offended, she said. My whole reason for posting the video around the holidays was that it was a satirical view of the holidays that I thought was funny, related to and that I thought other people would too. And for the most part, it was about the secular/non-religious aspect of the holidays (obnoxious relatives, silly family traditions, etc.) although there may have been a very small reference to religion. To top things off, in a comment, someone else commented on the video and posted another video which was a little offensive by some standards and not something I would have posted and I think I also got blamed for that, which was beyond my control.

I try not to post things that I think will be offensive to others, but there is a point where you have to say enough—I have to be me. I can’t worry about everything I say or do offending someone or I would basically never post anything, including this blog which I’m sure will offend someone, somewhere, at some time. In fact if I was constantly worrying about offending someone I would probably not be a writer, because as writers we are always taking a chance that we will offend someone. In my noir-thriller White Heat, which deals with a lot of racial issues and uses some tough language, I worried about using the ‘N’ word. So much so that I put a disclaimer at the beginning of the book warning people to consider the harsh language in the context of the time and place where the novel takes place. So, I do try to consider people’s feelings and be respectful.

But I guess I committed an unforgiveable offense by posting the video and have now been banished from the island. But I find it rather ironic since this person has asked me on several occasions to write up bios, respond to questionnaires, and other things about myself so she could publish an article and/or interview about me. This has gone on for several years yet no article or interview ever appeared. Yet I spent a lot of time working on this stuff. I wasn’t thrilled that I had spent all this time for nothing but I never said a word. We were friends so I let it slide. But I committed the offensive act and that was the end of a friendship that I now realize was a mile wide but an inch deep.

It’s not the end of the world. And I know she was upset by the video. Personally I don’t see the 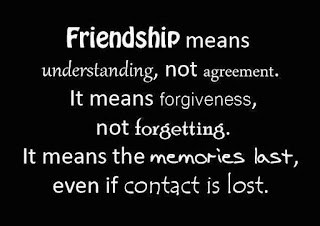 problem but I did apologize as I said. I often see things I don’t agree with, political or otherwise, from people I’m friends with but I let them slide. Agree to disagree. I don’t comment. I just move on. I asked her to do that with me, but she wouldn’t or couldn’t. But I guess it’s easy to be friends with someone you agree with 100% and more of a challenge to be friends with someone you don’t agree with on everything.  And as writers I think we need to challenge rather than agree on everything. I’ve been friends in the real world for 30 years, sometimes even longer, with people that I disagree vehemently with and they with me. But we agree to disagree and we’re still good friends. And that’s the way I like it.

I’m going to be interviewed by Pam Stack on Authors on the Air, Wednesday, February 3rd at 6pm Pacific Time. Hope you’ll join us there: http://www.blogtalkradio.com/authorsontheair/2016/02/04/paul-d-marks-talks-about-writing-and-more-on-authors-on-the-air-live 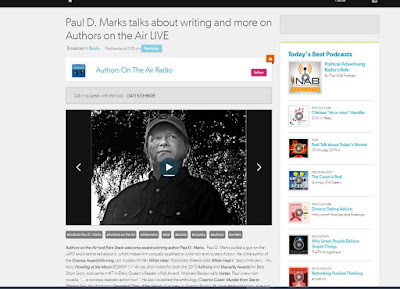 And I’m also guest blogging on author Sue Ann Jaffarian’s Fan Club page on Facebook this week if you want to stop by and check it out: https://www.facebook.com/groups/sueannjaffarian/