My friend Geri is a movie fan and yesterday she and I saw Spectre. British reviewers loved it; American critics– not so much. That surprised me because Geri and I found ourselves in the British camp.

Getting the Critics Out of the Way

To be fair, one critic (Bob Grimm, Reno News and Review) writes “I don't need to know everything about James Bond and his upbringing. A little depth is fine, but this one goes too far. Just blow things up.”

Okay, one mindless drivel fan upset by thought processes. But Grimm’s claim is spurious considering Spectre claims the largest screen explosion ever recorded. Maybe he stepped out for popcorn.

But even American critics who liked it were critical. “Entertains even at its fails to reconcile its disparate goals. It just feels like a missed opportunity for something special.” (Greg Maki, Easton Star-Democrat) “What starts as a fast and loose adventure begins to creak and groan as it tries to tie everything together…” (Rob Hunter, Film School Rejects) And one critic called it “the worst 007 movie in 30 years.” (Scott Mendelson, Forbes) Oh, harsh. Ouch! And wrong.

I haven’t forgotten all those middling movies between Sean Connery and Daniel Craig, and Spectre shines against most of those. The main reason is that Bond is a sociopath. Sure, he works for Mother England, dutifully exhibits loyalty and women find him sexy, but he’s an assassin, which takes a sociopathic man or woman. Of the Bond wannabes, only Connery and Craig pull that off successfully. Indeed, even one of the movies critics recognizes this while failing to grasp the essence of thrillers. “Daniel dagger-eyes Craig … seems biologically incompatible with camp entertainment.” (Luke Buckmaster, Crikey) One of Fleming's novels portrays Bond with a masochistic streak that helps 007 survive torture and might fit Craig's image as well.

A heroic character can be no greater than the sum of the bad guys he faces. And here Spectre goes a little soft. The very best of the Bond films drew out the meanest bad guys. In Spectre, the heavy henchman, a brute named Hinx, proves physically imposing but you get the feeling Odd-Job could have eaten his lunch. The major antagonist has psychological problems, but he’s no Dr. No.

Did you notice that pussycat-stroking Blofeld has been missing in the Bond series for decades? Four-and-a-half to be precise? There’s a sound reason for that– Blofeld was held hostage by Spectre– and Spectre was controlled by lawyers. Really.

Remember the 1983 Never Say Never Again that brought back Sean Connery? Recall that remake of Thunderball didn’t feel like the other Bond movies but did feature Spectre and James Bond’s persistent nemesis, Ernst Stavro Blofeld? Most viewers shrugged it off to Connery getting too old to play an action figure, but there’s more behind the story.

In high school, I read the 007 books and a short story or two, novels which included Spectre and Blofeld, but until today, I hadn’t realized author Ian Fleming didn’t own the rights to them. A screenwriter named Kevin McClory did.

In mid-1958, Fleming and his friend Ivar Bryce decided to hammer out a film treatment of Fleming’s works. Bryce introduced him to two other men, Ernest L. Cuneo, an American writer, intelligence liaison, and war hero, and Kevin McClory, an Irish screenwriter and director. McClory brought in his friend Jack Whittingham, a British playwright.

The five developed the plot for the movie Thunderball. Meantime, McClory’s own feature film, The Boy and the Bridge, did poorly as the official British entry to the 1959 Venice Film Festival and it tanked at the box office. Right or wrong, Fleming lost confidence in McClory. 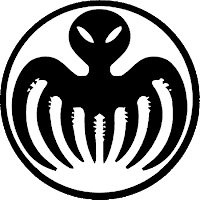 Without consulting anyone, Fleming turned the movie script into his 1961 novel. The author credited Cuneo with much of the plot for Thunderball (and later Goldfinger) but not McClory and Whittingham. They sued.

During the lengthy trial, Fleming suffered a heart attack. He offered a settlement to McClory, which resulted in Fleming keeping the novel and McClory winning film rights for the screenplay as well as screen rights to Spectre and Blofeld. Nine months later Ian Fleming died from another heart attack.

Two years ago today, McClory’s estate finally settled their legal issues and MGM acquired the copyrights to Spectre and Blofeld. For the first time in forty-four years, Bond could battle those nemeses on the silver screen.

In the storyline, Spectre gives the Blofeld character a twist. The movie Octopussy bears little relation to Fleming’s short story of the same name, which mentions a character, Hannes Oberhauser. In this reboot, Oberhauser’s envious son, Franz, kills his father and rebrands himself as Ernst Stavro Blofeld, master criminal. 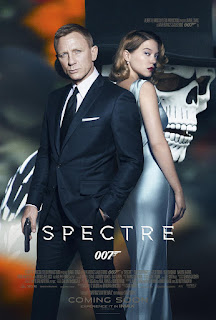 One of the most interesting aspects of Spectre is that it was made by people who know and love movies, especially the early Bond films. Scenes and sentences reflect references to other films and even my favorite television drama, The Prisoner.

In numerous ways, Spectre harks back to the earliest Bond films including Dr. No, From Russia with Love, Goldfinger, and Thunderball. Notice the Rolls-Royce Phantom at the train station looks a lot like that of Auric Goldfinger's. The MI6 safe house bears the name Hildebrand & Company — Rarities & Antiquities, a reference to Fleming’s short story ‘The Hildebrand Rarity’ in the 1960 For Your Eyes Only. Beyond those canon references, other film nods leaped out at me.

The opening shot in Mexico is evocative of the famous extended opening shot in the 1958 Touch of Evil. (Whereas Orson Welles used a single camera, Spectre cheated a bit with CGI.)

It could be argued that Spectre’s secret meeting place in Rome is reminiscent of the coven’s secret lair in Eyes Wide Shut.

The most obvious film hinted at is Casablanca. I need not say more.

Spectre pays its respects to Hitchcock from the romantic ’40s casting of Léa Seydoux to the train scenes found in numerous Hitchcock films (not to mention From Russia with Love) including The Lady Vanishes, Suspicion, Shadow of a Doubt, Spellbound, North by Northwest, and of course Strangers on a Train.

Similarities to the brilliant series The Prisoner struck me more than once. (“We want information.”) Note the information gatherers in the Moroccan desert, which seem slightly dated compared to Patrick McGoohan’s 1967 television series.

What homages did you catch?
Posted by Leigh Lundin at 00:00

Thanks for this – will certainly be on the look out for homage to other films.

I enjoy a good skop, skiet en donner* and have always been a great Bond fan, though must admit part of me misses the slightly camp, ‘spoofy’, tongue-in-cheek nature of the pre-Daniel Craig era. They were safe and funny. The new incarnation is a different genre - dark and serious - not much different from heaps of other action movies out there.

[*The Afrikaans term for an action movie, literally translates as ‘kick, shoot and beat up’. Donner is a slang term, derived from donder, meaning thunder.]

ABA, if you haven't seen Spectre, South Africa came off as the one country holding out against universal spying.

You're right about the middling movies having more of a campy edge. There was even that one 007, George Lazenby, who broke the fourth wall to wink at the audience in On Her Majesty's Secret Service.

I've not seen the new Bond movie yet. My son who lives in Ft Worth saw it last night and texted that he liked it. However, I've always complained about the campy versions of Bond because I thought the books were so good and to me the campy ruined the essence of those great stories. I do understand the campy versions were box office GOLD. But I was never glad to praise them. Sounds like I might like SPECTRE. I also usually really like movies that critics don't.

Jan, I agree with you. The public largely goes for the campy shows but purists prefer the more serious versions including, interestingly enough, those that started George Lazenby and Timothy Dalton, considered closest to Fleming's character.

Spotted this well-timed article to add to your conversation:

Some writer said never be mean to an author; they'll get their revenge in books.

Although I loathe and disparage critics, usually totally out of sink with movie attendees? They
usually have no substance whatsoever. I find myself and others totally disliking the movies they give huge kudos to and Loving the ones (ET for example) that they despise. Saying all that I think American Crits were responding to Daniel Craig's remarks and interviews prior to the film's release, saying indifferent and negative things about the Character James Bond and making the remark, when asked, if he was going to play again was not a positive one.
Read:http://www.slashfilm.com/daniel-craig-hates-bond/ I think this inevitably shows up on film in the actors so called art?