Continuing my report on Sasquan, the World Science Fiction Convention, held in Spokane in the middle of a wildfire disaster last month.

To the best of my knowledge the biggest squabble that ever occurred in the mystery world happened in the 1980s when some people complained that women were underrepresented in reviews, sales, and awards.  This was one fact that led to the creation of Sister in Crime, and caused MWA to change the way they formed award committees. 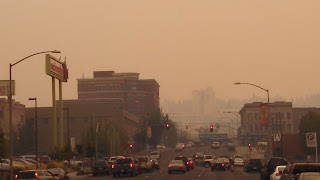 Well, trust me, that struggle was a pebble compared to the Mount Rushmore that hit Worldcon this year.

If you want details search the internet for "Sad Puppies."  As I understand it, one group of SF readers/writers was unhappy about what they saw as the field becoming more political and favoring certain stories and authors.  Frankly, to my ignorant outsider eyes it looked like they were complaining that an insufficient number of straight white men were being nominated.  But what do I know about science fiction?

In any case, they created a slate of candidates for the Hugo nominations and, in a quite legal way, gamed the election.

The Hugo Award nominees and winners are chosen by people who register for the con (like our Anthony Awards), but for $40 you can buy a supporting membership.  That doesn't entitle you to attend, but it does let you vote.  I am told that approximately 400 people bought memberships so they could support the Sad Puppy slate.

One hundred and sixty grand can build an awfully high spite fence.

In some categories all the chosen nominees were part of the Sad Puppies slate.  (And some of these writers chose to remove their names from the ballot, rather than be associated with the Puppies.  Imagine waiting for years for a nomination and then feeling you have to turn it down!)

It got even weirder.  One writer on the Sad Puppy slate wrote to the Spokane Police Department, warning them that one of the guests of honor was "insane" and might incite violence.  (This wasn't a secret, by the way: he announced on a podcast that he did this.)  He later apologized.

The actual  Hugo Awards voting is complicated and allows for No Award (i.e. none of the above).  In five categories the voters rejected all the candidates, and in no cases did anyone supported by the Sad Puppies win.   Now the fans have to figure out a way to clean up the mess and I hope that none of this will repeat net year.

Oh!  Remember the con?  Panels and stuff like that?  Let's talk about that, shall we?  I will stick to stuff that can reasonably be tied to mystery fiction.

I had the chance to hear Connie Willis, one of my favorite SF writers,  read from her next book, Crosstalk.  It is a romantic comedy about telepathy.  (Think about that one for a moment.  The essence of romantic comedy is misunderstanding between sweethearts.  If they can read each other's minds... She set her self a challenge didn't she?)  But Willis also announced that for a future project she is rereading all of Agatha Christie.  She is convinced that Dame Agatha left clues behind concerning her famous disappearance in 1926.  I look forward to Willis's future reports.

There was a panel on fantasy and horror noir which I enjoyed a lot although there was the usual confusion between hardboiled and noir. Panelist John Pitts made the proper distinction, although he later blotted his copybook by calling Han Solo an anti-hero.  A rogue is not an anti-hero. 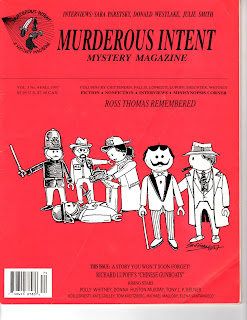 I attended a memorial for Stu Shiffman, a friend of mine who died last fall.  He was a wonderful graphic artist who worked in both the mystery and science fiction fields.  Attached is one of the many covers he did for Margo Power's late lamented magazine.

I attended three panels on short stories.  It was at one of those that I picked up the best piece of writing advice I heard that weekend, from Daryl Gregory: "Stop just short of the ending.  If you act like Tom Sawyer and let your readers do the rest of the work, they'll be more connected to the story, and thank you for it."

And speaking of quotations, here are a few gems I picked up.  As usual, if you want context, you're on your own.

"Why is some short fiction better than novels?  Because it's riskier."  -Stefan Rudnick


"Other people have 'Do Not Resuscitate' orders.  I have 'No One Edits My Manuscript.'" - -Connie Willis.

"Every other writer's process is sort of vaguely scary and appalling." - Daryl Gregory.

"What relationships need is less communication, not more." -Connie Willis.

"'Theme' is what the critics use to describe what you did." - Eileen Gunn 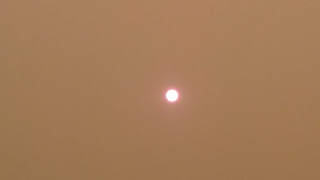 "Writing a short story is a tightrope walk.  The craft is getting from one end to the other.  The art is doing a backflip in the middle."  - C.C. Finlay

"The literary market does not believe in money.  At least, not for you." - Mir Plemmons.

"The happy ending is sadly underrated.  But it has to be earned." -Connie Willis.