The Law is an Ass

“The law is a ass” runs the famous quotation by the beadle Bumble (I’ll probably never get another opportunity to write that phrase) in Dickens’ Oliver Twist, chapter 51 (or this squib in context). The sentiment is about the only agreement we find in the comeuppance of the unpleasant Mr. Bumble. Time has repeatedly proven the maxim.

Asinine is from the Latin for 'ass' and to be sure, Florida is loaded with asinine laws. You may remember we re-elected as governor the perpetrator of the largest Medicare/Medicaid fraud in history. It’s sadly ironic in so many ways that this governor has been a most ardent opponent of the Affordable Care Act and Medicaid expansion, turning down billions in federal aid to 800,000 of the state’s needy. But you don’t have to oppose ObamaCare to appreciate the irony that Gov. Rick Scott and his cabinet (including Pam Bondi) pay only $8.34 a month for individual heath coverage. Our multi-millionaire governor shells out only $30 a month to cover his family of five. The poor need not apply.

As you already know, Florida originated the asinine Shoot First / Stand Your Ground law which supplanted the far more sensible Castle Defense. Now we have a ‘Gun Gag’ law, also called Docs versus Glocks, which forbids physicians from enquiring about guns in the home, even if, say a child, is obviously wounded by a gunshot.

It’s like the story about a poacher who sought medical treatment after a hunting accident. The man said, “Doc, I got run through by a tree branch.” The doctor looked closely at the wound and said, “Really? What calibre?”

In 2001, the governor and legislature proudly enacted the Scarlet Letter law (Florida Statute §63.088, voted for and passed by two present presidential candidates). Intentionally intended to humiliate, the statute required single women who wanted to put a child up for adoption to publish their sexual histories in a newspaper, not just once, but weekly for a month, paid for by the women themselves. The law compelled them to provide details about their sexual encounters including names of sex partners, physical descriptions (height, weight, hair and eye color), dates and locations. The law provided no exceptions for minors or victims of rape. Sensible liberals and conservatives came together to oppose the law and in 2003, the act was declared unconstitutional and repealed.

The Florida legislature decided it would be a genius idea to label sexual offenders as such on their driver's license so that they couldn't, say, visit Walt Disney World. Except the slot allocated on the Florida drivers licenses shares the same field as organ donor and glasses requirements. What could go wrong?

Florida was hardly done meddling in sex. This year we outdid ourselves with an act barring transsexuals from using public restrooms if their birth gender doesn’t match the picture on the door. Violation of this law, even in emergencies, can result in a year of incarceration although, in a twist of irony, the law doesn’t seem to specify men’s or women’s prison. 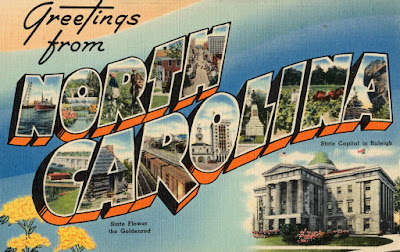 But we’re not finished as we turn our attention to North Carolina.

An arrest in the Tar Heel State prompted today’s article. A minor charged as an adult is facing up to ten years in prison and registration as a sexual predator for having nude pictures of a minor on his cell phone.

Wait. Try to grasp that. Police are charging a boy as an adult for having naked photos of himself… because he’s a minor.

It’s like corrupting the morals… of himself. (His girlfriend was fined $200 for the same thing and does not have to register as an offender.)

Even though authorities have made his name and face public, the premise of this article is the law is an ass and it’s not up to me to disseminate his personal information. But even beadle Bumble could not have imagined such a plight.
Posted by Leigh Lundin at 00:00