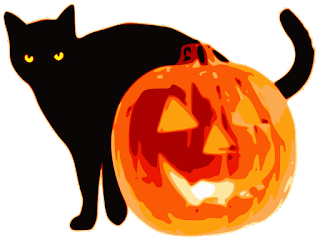 Halloween has long been a festival of the dying year or, as the Celts (Irish, not Boston) viewed it, a conjunction of seasons where death met the birth of the then new year, the 1st of November. The Church frowned upon things not churchly, but the leadership was socially astute. While officially opposing syncretization, the Church often absorbed popular pagan festivals into Christian celebrations, such as turning the Roman Saturnalia into Christmas and fertility festivals into Easter. Thus the ancient Irish observation of their new year became the Christian All Saints Day.

The present date of Hallowmas and its vigil Hallowe'en was likely determined by Pope Gregory III (731-741), then extended throughout the Frankish Empire in 835 by King Louis the Pious, son of Charlemagne. In the 11th century, Abbot Odilo of Cluny established the November date of All Souls Day to pray for the dead. Allhallowtide bridged the three holidays as observed by adherents around the world. The night before All Saints Day, the 1st of November, became a commemoration of all people hallowed– Hallowed Evening or Hallowe’en. The calendar appears as

Some religionists don’t observe Halloween because it is Christian and others because it’s not Christian enough. Whatever its past, the holiday is based upon a complex and diverse history. The hallowtide holidays have become an exercise of imagination, a chance to reveal and grapple with our inner fear of things that go bump in the night.

According to the History Channel, many practices have lent their observations to our modern holiday, souling and guising. 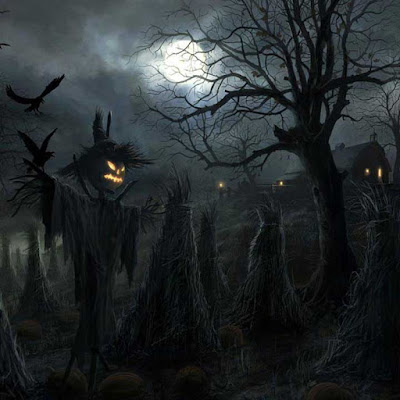 Samhain
Much of our tradition came from Irish immigrants and grew out of Samhain (Gaelic pronunciation rhymes with how-when), a pagan fest where people disguised themselves to fool the ghosts and burnt bonfires to keep away the spirits. When the Church instituted All Saints Day, the ancient Celts saw little reason to give up the joy of their autumn celebration.


Souling
In medieval England and as far south as Italy, a ritualized form of door-to-door begging was called souling. In return for food and treats, they would offer to sing and pray for the dead. Often a traditional ‘soul cake’ was offered, typically filled with raisins or currants, apples or plums, and flavored with allspice, nutmeg, cinnamon, ginger, or other sweet spices. They were marked with a ‘cross’ (hot-crossed buns) and often served with a tipple of wine.


Guising
Modern trick-or-treat carries an implied threat, a hint of blackmail that pranksters might T.P. your house or leave a salamander in your mailbox if you don’t pay off with a candy bar. In the Scottish custom of guising, children dressed in a mask and costume ‘in disguise’ would go house to house and offer a trick or treat– a magic trick, a song, a dance, or a riddle– and the lord of the manor would reward them with fruit, coins, a sweetmeat or cake. 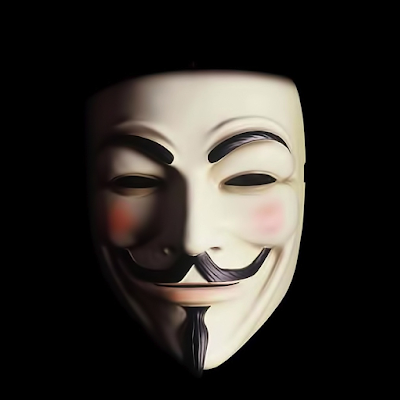 Guy Fawkes
The British tradition of wearing masks while begging for coins on Guy Fawkes Night (also known as Bonfire Night commemorating the foiling of the 1605 Gunpowder Plot) may have influenced latter day Halloween celebrations. By the early 19th century, children roamed the streets on the evening of 5 November begging for “a penny for the Guy.” 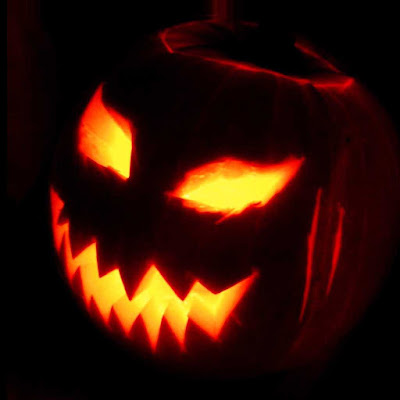 Jack O’ Lanterns
Bonfires and fire-lit lanterns have long had a Halloween history. Setting fire to ghosts and ghouls dates back centuries in ‘bone fires’, which became known as bonfires. Those may have evolved into setting masks on fire in ‘neep’ or turnip lanterns, where turnips where hollowed out and a lit candle placed inside. Pumpkins in the New World turned out to be much more convenient for hollowing and pumpkin lanterns have made their way back to Scotland, Ireland, and northern Britain. Some people used potato lanterns in much the same way called ‘tattie bogles’.

Norte Américanos may be unaware of the Día de Muertos (Day of the Dead) festival of our neighbor to the south. This Mexican form of Halloween is also celebrated on 31 October and their larger All Saints and All Souls festival as part of Hallowmas or Allhallowtide.

The 1st of November celebrates the loss of little children, Día de los Inocentes ("Day of the Innocents") but also as Día de los Angelitos, Day of Little Angels. The 2nd of November is the actual Day of the Dead. 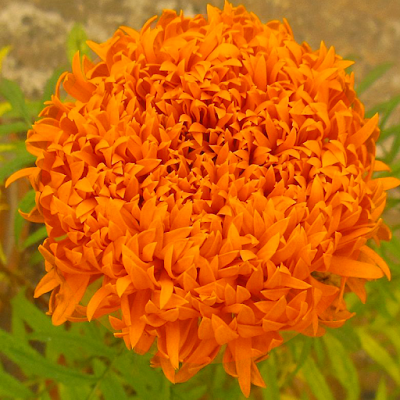 The Mexican tradition mirrors our own in many ways with ghouls, ghosts, and skeletons. Like our Celtic ancestors, they light bonfires, which we continue at homecomings and on a small scale with jack-o’-lanterns. The Mexican season is even more strongly associated with the color orange. In the US and lower Canada, the leaves turn and we celebrate with pumpkins and squash. Mexico celebrates with red-orange cempasúchitls– marigolds of the Aztecs.

Our North American holidays grew out of auld world traditions, but American and Mexican enhancements have influenced the rest of the globe, linking prayer for the dead, mitigating fright with fun.
Posted by Leigh Lundin at 00:00