The five Anthony nominees in the Short Story category are Craig Faustus Buck, Barb Goffman, John Shepphird, our own Art Taylor...and me, Paul D. Marks. I’m honored to be among these people and their terrific stories.

I want to thank everyone who voted for us in the first round. And if you’re eligible to vote, people attending Bouchercon can vote at the convention until 1pm Saturday.

I hope you’ll take the time to read all five of the stories and vote. All are available free here – just click the link and scroll down: http://bouchercon2015.org/2015-anthony-award-nominees/

But even if you’re not eligible to vote, I hope you’ll take the time to read the stories. I think you’ll enjoy them and maybe get turned onto some new writers, whose Bios are at the end of this post.
So without further ado, here’s our question and responses:

“The suggestion frequently comes up, ‘You should write a novel about these characters!’ Could you see writing more about the characters in your story, or does this story say everything that needs to be said?” 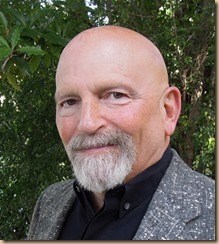 Craig Faustus Buck: “Honeymoon Sweet” (Murder at the Beach: The Bouchercon Anthology 2014, edited by Dana Cameron; Down & Out)

My stories are character-driven, so the fact that a particular plot comes to a conclusion means nothing in terms of my continuing interest in a character unless he or she happens to die. If a character catches my fancy, I’ll put that person in another situation in another work just to assuage my curiosity.

A case in point is my short story “Dead End” (a 2014 Anthony nominee), which starred Johno Beltran, an LAPD detective who got hungry after an all-night murder investigation and stopped home for a leftover meatloaf sandwich on his way to deliver evidence to the crime lab. This miniscule lapse of judgment was leveraged by wily lawyers into an orgy of evidence tampering that resulted in a psycho killer going free. We first meet Johno four years later, his life a shambles, living out of his car, valet parking for a living. The story takes off one night when the murderer drives up to Johno’s valet stand in a $100k BMW.

I loved Johno, and though the story resolved with an ironic twist, his fate remained up in the air. I hungered to know what happened next, so I wrote a novella called Psycho Logic to find out. I still love this guy, so I see a novel, or maybe even a series, in his future.

I feel the same way about the characters in my current Anthony nominated short story “Honeymoon Sweet.” Two newly-wedded low-life thieves break into a beach house for their honeymoon and the owner shows up unexpectedly. I’ll definitely revisit a few of these characters in some future iteration. A short story can only scrape the surface of a character, but if done well, it can scrape deeply enough to make the writer, and hopefully the reader, crave more. 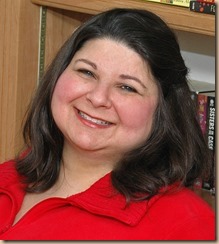 I haven’t contemplated writing more about Gus, my main character in “The Shadow Knows.” Gus is a grumpy, blue-collar guy who works his job to earn enough money to come home to watch the game, eat his weekend breakfasts at the diner, and hang out with his friends in northern Vermont. It’s a simple, quiet life, and it suits him. Characters who continue from one story to another or who grow into main characters in a novel tend to be cops or private eyes or amateur sleuths, people who face crime, find offenders, and try to achieve justice. That’s not Gus. He’s no sleuth. He’s just a normal, superstitious guy who has an extraordinary experience born from his hatred of long winters.

That said, Gus does show a courageous streak in his story. He believes his town’s groundhog controls the local weather, and he decides it’s time someone takes action to stop the groundhog from causing long winter and after long winter, and that someone should be him. Then he formulates a secret plan to get rid of the groundhog, and he’s determined to achieve it, no matter the delays he faces, no matter the problems it causes him. That tenacious part of Gus’s personality, along with his courage, could serve him well if he were to find himself in another interesting situation. Not to mention, it’s fun to write about Gus’s grumpy side. So will there be more Gus stories? I have nothing planned, but I guess I should never say never. Gus just might come up in his next adventure, and I would be happy to write it. 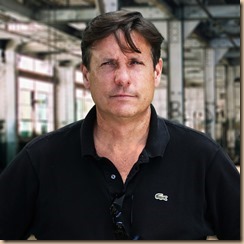 I write (and read) crime fiction because I prefer to explore characters with inherent flaws, especially with my protagonists. And for me, the most memorable are the imperfect. Traditionally they’re passionate and persuasive. They’re human. Will they overcome their demons before it all comes to a crashing end? I don’t know. Climb on for the ride, that’s the fun.

My aesthetic has always been a solid structure with a well-crafted escalation, but characters come first. The rest is the craft of the storyteller. Any character in conflict can be interesting, and for me flawed characters are even more so. The unpredictability keeps me turning pages. We all have a degree of blemish so we can relate. When a crossroad arrives and the characters have to make a decision -- the path they choose is what defines them. 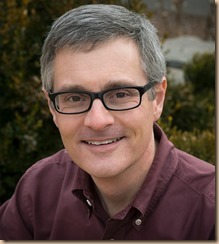 Art Taylor: “The Odds Are Against Us” (Ellery Queen Mystery Magazine, Nov. 2014)

To my mind, a short story should ideally be a complete statement, total on its own terms, while also hint at other life experiences and a larger world beyond the immediate pages: incorporating small details that suggest bigger aspects of character, plot, setting, etc.

With “The Odds Are Against Us,” I like to think that this single evening’s conversation and the narrator’s short walk afterwards—the immediate story—give a reader everything he or she needs to understand a larger story, one that both stretches back to these character’s formative childhood years and looks ahead into the aftermath of the decisions being made—and provides enough about the society in which they operate to understand the true stakes at the core of the story’s title. A full experience, I hope, representing some of the most crucial aspects/moments of these character’s larger stories.

That said, however, I could certainly imagine exploring the “what next” for the narrator—actually diving into that “aftermath” I mentioned, because clearly further conflicts lie ahead. No plans to do this yet, but as with how my story “Rearview Mirror” (complete in itself) ultimately grew into my new book, On the Road with Del & Louise, I wouldn’t rule anything out. 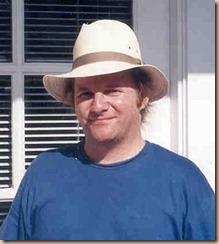 Every story, whether a short story or a novel, should be complete in itself and should be able to stand on its own. But that doesn’t mean that the character in the story can’t go on to other adventures. Chandler’s Marlowe got his start in several short stories and though unnamed in those early stories that character did go on to become Philip Marlowe.

Darrell Wood, the character in my story “Howling at the Moon,” seemed to complete his mission at the end of that story. I thought that I probably wouldn’t revisit him again. But having read the story, many people have asked to see more of him. So, even though I wasn’t considering it, I’m thinking about it now.

Bobby Saxon is a character who was in three published stories and I actually did write a novel featuring that character. I’m polishing it now and hope to have it on the market soon. I also just sold a story to Ellery Queen called “Ghosts of Bunker Hill.” And I truly love the character in that one and definitely can see him in a novel.

It goes the other way too, you can have a character in a novel who you want to have a certain adventure, but that adventure isn’t worthy of a full length novel, so they can end up in a short story and then maybe a novel again or maybe even a movie. Our characters come alive and have lives of their own in some ways, so who knows where they’ll end up.

Craig Faustus Buck’s debut noir novel Go Down Hard was published May 5, 2015 (Brash Books). His short story “Honeymoon Suite” is currently nominated for both Anthony and Macavity Awards (free at tinyurl.com/CFBPlanB). He lives in LA, where noir was born, and is president of MWA SoCal. http://craigfaustusbuck.com/

Barb Goffman is the author of Don’t Get Mad, Get Even (Wildside Press 2013). This book won the Silver Falchion Award for best single-author short-story collection of 2013. Barb also won the 2013 Macavity Award for best short story of 2012, and she’s been nominated fifteen times for national crime-writing awards, including the Agatha, Anthony, and Macavity awards. Barb runs a freelance editing and proofreading service focusing on crime and general fiction. Learn more about her writing at www.BarbGoffman.com

Paul D. Marks is the author of the Shamus Award-Winning mystery-thriller White Heat. Publishers Weekly calls White Heat a “taut crime yarn.” His story “Howling at the Moon” (EQMM 11/14) is short-listed for both the 2015 Anthony and Macavity Awards for Best Short Story. Vortex, a noir-thriller novella, is Paul’s latest release. Midwest Review calls Vortex: “…a nonstop staccato action noir.” He also co-edited the anthology Coast to Coast: Murder from Sea to Shining Sea (Down & Out Books). www.PaulDMarks.com

John Shepphird is a Shamus Award winning author and writer/director of TV movies. In addition to his private eye series in Alfred Hitchcock Mystery Magazine, look for his James M. Cain inspired The Shill and its sequel Kill the Shill (released Sept. 15th) available from Down & Out Books. Visit www.johnshepphird.com

Art Taylor is the author of On the Road with Del & Louise: A Novel in Stories. His short fiction has won two Agatha Awards, a Macavity, and three consecutive Derringer Awards, among other honors. He writes frequently on crime fiction for both The Washington Post and Mystery Scene. www.ArtTaylorWriter.com

And now for the usual shameless BSP: 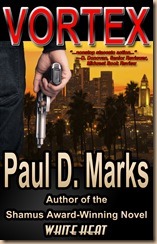 “...a nonstop staccato action noir... Vortex lives up to its name, quickly creating a maelstrom of action and purpose to draw readers into a whirlpool of intrigue and mystery... but be forewarned: once picked up, it’s nearly impossible to put down before the end.” —D. Donovan, Senior Reviewer, Midwest Book Review

And check out my updated website www.PaulDMarks.com
Posted by Paul D. Marks at 00:01