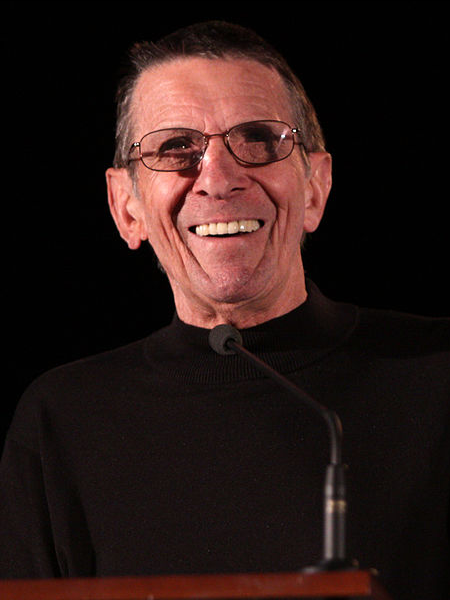 Jan Grape recently wrote an article, Me and Elvis, a charming reflection of the great singer. I can’t quite bring myself to title this one Me and Spock, but yes, I crossed paths with the actor.

As you know, Leonard Nimoy died Friday. I grok hard science fiction and Star Trek was about as close as one could get to real sci-fi on the small screen. Moreover, Spock was the character who made the TOS (the original series) worth watching. Even my Aunt Rae had a crush on him!

Nimoy appeared in various other rôles, but to me, he was always Spock. I admit I never saw his first film, Kid Monk Baroni, which Nimoy described as “the sort of film that made unknowns out of celebrities.” Beyond Star Trek, I thought he was particularly good as a narrator featured in Ripley’s Unexplained, In Search of, and Ancient Mysteries. 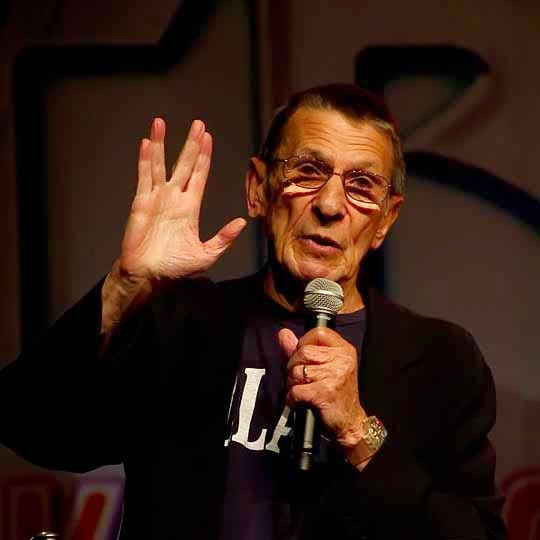 After Star Trek, Nimoy became famously thin-skinned about Spock, even writing a biography titled I am not Spock, referring to his identity crisis and a love-hate relationship with the character. He grew additionally alienated (pardon that pun) when Gene Roddenberry screened Star Trek blooper reels at fan conventions, further distancing himself from the rôle. Twenty years later, Nimoy would relent with a second autobiography called I am Spock, but in the 1970s, he became notorious for refusing to acknowledge the character. That’s the time when he and I crossed paths… a less than stellar performance as you'll see.

In Boston, my girlfriend and I were walking down a long corridor when in the distance I saw the actor strolling toward us. I wanted to alert my girl, but the only name I could think of was Spock… Spock… What the hell was his real name? 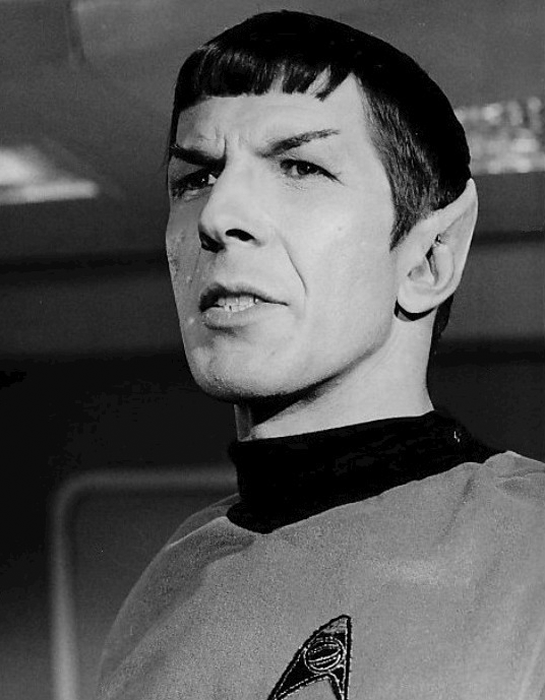 As we drew closer, my brain worked feverishly to dredge up the man’s name… No, not Spock… not Spock… What was it?

Within feet of the man, the name surfaced. I leaned over and said, “That’s Neonard Limoy.”

My words were apparently not quite soft enough because– damn those pointy ears– both Nimoy and my date shot peculiar sidelong glances at me.

Okay, okay, I never claimed to be articulate, but that’s my Neonard Limoy Leonard Nimoy story.
Posted by Leigh Lundin at 00:00