I've been on a Brit bender, lately. Here's another one. 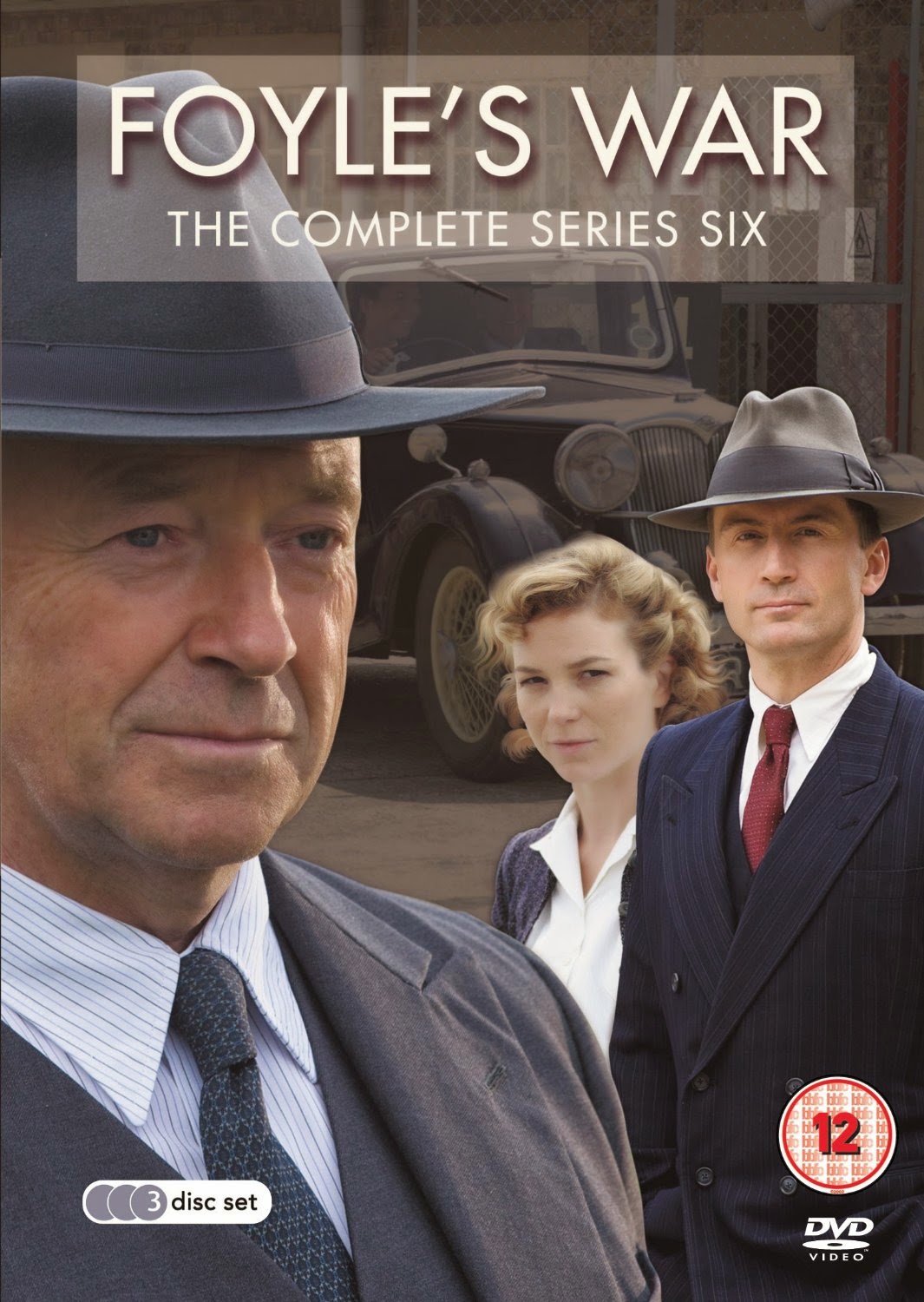 FOYLE'S WAR started running in 2002, and it's still on. Like a lot of British television, they only make three or four episodes a season - but each episode has an hour and a half runtime, and has a five-week shooting schedule. For another thing, it's shot on Super 16MM, not high-def video, which is more expensive, but gives the show the feel of a feature picture, depth of field and a nice saturated color. They put the money up on-screen where you can see it.

The gimmick of the show - you want to call it that - is that it's wartime Britain, 1939-45, and superintendent Foyle (who'd rather be actively serving) is assigned to criminal cases, on the homefront. These, given the genre, are murder mysteries, but the war is always present, in the foreground or just over the horizon.

The canvas is quite broad, although the stories generally resolve themselves in the homely and familiar, the domestic disturbances of daily life. The constants, an illicit affair or an unwanted pregnancy, envy, greed, wrath, and pride, are the usual suspects, but they often involve wider anxieties: the German bombing raids, fears of an impending invasion, rationing and the black market, war profiteers, isolationists and Nazi sympathizers, spy-hunters from Special Branch, the code-breaking at Bletchley, the rescue from Dunkirk, these have all figured in the plotlines. Nor is it window-dressing. The war becomes a character.

Foyle is played by Michael Kitchen, one of those actors you sort of remember, but can't quite place the name. I first noticed him in TO PLAY THE KING, the sequel to HOUSE OF CARDS - the original, with Ian Richardson. Kitchen has a lived-in face. He makes Foyle seem approachable, but there's a weariness, something held in reserve, an inner, or even inward, person. Once in a while, the well-mannered mask slips, and the steel shows through.

An interesting director's device I noticed. They use a lot of close-ups, which is common in television, but in this case, there are often long, very tight shots of Foyle, where you see only a slight facial movement, a tug of his mouth, or his eyes downcast, and then an up-from-under glance. The visual equivalent of Columbo's near-exit line, "Oh, just one more thing - "

When you do period drama, it's more than the vintage cars, or everybody wearing hats. It's about the psychological environment, the circumstance, the way people think. I know this myself, from writing the Mickey Counihan stories, which take place in late 1940's postwar New York, and Janice Law, to take a not-so-random example, is careful in her Francis Bacon novels not to fall into anachronism, meaning her world (and Bacon's) is 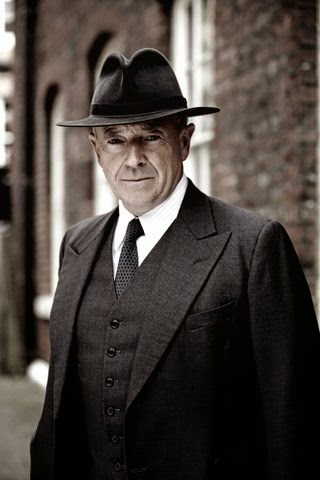 pushing up against the Modern, but it hasn't quite arrived, yet. It's just around the corner. This is the background music of FOYLE'S WAR. Nobody knows for sure that Hitler's going to be beaten, or whether England will survive. They go about their business with possible calamity waiting in the wings, but they keep their wits, and their common decency. Foyle is heroic, not because he has extraordinary powers, or sees behind the curtain, but simply because he does his job, in a trying time. He rises to the occasion. This is the persistence of the everyday. Life, in its messy particulars, stumbles ahead. The war effort is one thing, just keeping your head above water is another.

David, couldn't agree more when you say "When you do period drama, it's more than the vintage cars, or everybody wearing hats. It's about the psychological environment, the circumstance, the way people think."

I think a lot of people assume that if you stick a fedora on a guy and gat in his hand they've nailed it, the era. But it's so much more than that, everything from the way people talked to the way they thought and everything in between.

I love Foyle's War, and recommend watching it on the DVDs where each episode has an explanation of the actual events that underline that story.

As for Foyle's heroism, there is a wonderful line in the first episode where he tries, for the many-ith time to get transferred to war work and his boss, trying to cheer him up, asks what he will do after the war. "That rather depends who wins."

The producer decided he wanted to kill the series so he skipped a year of the war; then thought better of it and is now showing us Foyle in the Cold War as a sort of cop among the spies. It's still fun.

This is one of the best shows on TV. I'm a Brit crime lover, of course, but still, this one is at the top of the list. My dad was RAF, so the era enthralls me. Can't recommend this one enough.

David, I have the first seven sets of DVD's and getting ready to acquire set 8. The first six were great, the seventh was excellent.

I confess to also being a "Foyle's War monger". lol