One of the first places I went to, after I moved to Santa Fe, was Los Alamos, and as it happens, Fuller Lodge was open to visitors. Fuller Lodge, for those of you who don't know, was essentially the social center for the people working on the Manhattan Project. Some dancing to 78's on an old turntable, quite a few martinis, a lot of cigarettes. An opportunity to let your hair down. Fuller Lodge anchored what was know as Bathtub Row, back in the day - what was left of the original buildings from the boys' boarding school that was the only fixture on the mesa before the Army Corps of Engineers came. The other barracks and housing were prefabs and Quonset huts, knocked together quick and dirty for incoming personnel.

Going up to the Hilltop, as Los Alamos is known, locally, isn't any different from driving into any other town of about 12,000 people. The national lab is the biggest employer, admittedly, and Los Alamos county has the highest per capita income of any county in New Mexico, but there are supermarkets and coffee shops and laundromats and chain stores, which gives it an air of generic normalcy, like Belmont, Massachusetts, or Ashland, Oregon. The difference being that Los Alamos is a complete invention, sprung full blown from the brow of Zeus, or more accurately, from the imagination of Gen. Leslie Groves, the guy who built the Pentagon. Los Alamos was designed for one purpose only, to beat Hitler to the atom bomb. 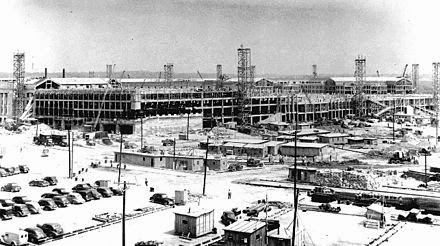 I was fascinated by the place. Under that placid surface, its air of normalcy, and hiding in plain sight, there was a huge and dangerous secret. I picked up a book called ATOMIC SPACES, which wasn't so much about the Manhattan Project per se as it was about the day-to-day, the homely and domestic - the wives and kids, the local Hispanics recruited as maids or gardeners, the segregated black units off on the periphery - the detail that falls through the cracks of history. And the first story I wrote, in New Mexico, was about that stuff. It was called "The Navarro Sisters," and it introduced Rio Arriba sheriff Benny Salvador. Groves himself was a character, too - he shows up as a cameo in a later Benny story, "Old Man Gloom" - and the story hinged in part on the gaps in his security.

Groves was obsessed with keeping the whole thing under wraps, 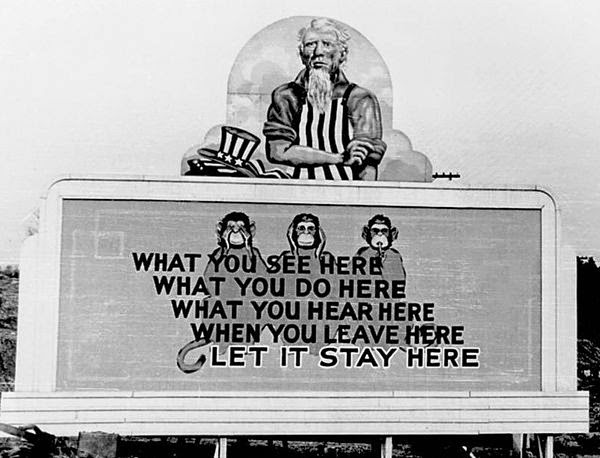 and for good reason. Werner Heisenberg, in Berlin, was researching the same physics, and nobody knew how close he was. (It turned out later that Heisenberg might well have been dragging his feet, but that's a tale for another time.) Groves, in fact, wanted the separate disciplines compartmentalized, so his science guys couldn't compare notes. He even suggested they be commissioned as officers, and subject to military punishment if they broke silence. 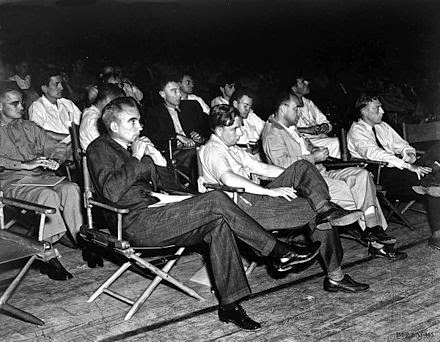 Groves had brought Robert Oppenheimer on board to run the program, and Oppenheimer said no. That's not how it works. They need to rub up against each other, they need to set off sparks, like static electricity. The whole is greater than the sum of its parts. You could perhaps see this as a larger metaphor. The bomb was greater than the sum of its parts. And what Oppenheimer understood was that success depended on cross-fertilization. The metallurgists and the physicists, the mathematicians and the engineers, they couldn't operate in isolation, or opposition. They weren't competing. It was all about comparing notes. 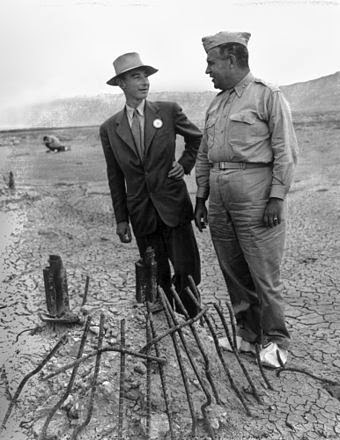 Like any good partnership, the tensions between Groves and Oppenheimer produced the result, in the end. A fission device. They set up the test shot. Waiting in the bunker, Edward Teller was taking bets they might set the entire atmosphere on fire. They pulled the trigger, and the bomb lit up the pre-dawn horizon over White Sands. The ground beneath it was fused into glass. Oppenheimer was overheard to say, "I am become Death."

He opposed the actual use of the bomb, against Japan. It was too terrible a weapon. Could they demonstrate it, instead? He was shrugged off. Military necessity. An invasion of the Home Islands would cost a million American lives. They had the means to end the war. It was the only possible choice.

Groves and Teller both later turned against Oppenheimer, each for their own reasons. He was stripped of his security clearance by the Red-hunters, and sidelined. It was a shabby business, all around. Oppenheimer wasn't Faust. He didn't trade his soul for knowledge, or offer to burn his books. He never expressed regret for his part in building the bomb. Morally and practically, it was a necessary effort. He may have flirted with Communism, when he was younger. (His wife Kitty did more than flirt - she was an acknowledged member of the Party.) It's too easy to lose sight of the climate of the 1930's, and the war, the coming of the Red Scare afterwards. Desperate times, desperate measures. Oppenheimer was a product of that age, greater than the sum of his parts. He was both the New Adam, and the Old, with a foot in each camp. He became the destroyer of worlds. 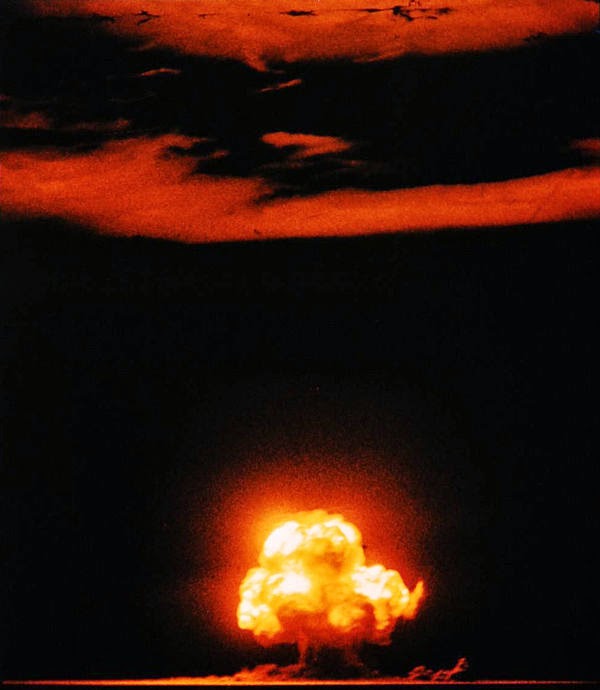 David, thanks for the history insights. I've been watching the Manhattan series on TV. How close is the series to the real history?

What a wonderful locale for a mystery. I've just been reading the Girls of the Atomic City about Oak Ridge Tennessee- another very promising venue!

Great article, David. I'm reminded of the "Kindergarten Roundup" at the school where my oldest son was to begin in the Spring. There, if a child misbehaved, he was made to sit at "The Table of the Individual." When I asked the teacher about this, she explained that they didn't want any of the kids to grow up being "egghead individuals, like those monsters who built the atomic bomb!" We promptly enrolled him in kindergarten at another school.

R.T. I haven't watched the show, which is shot here in Santa Fe, but I'm told it comes pretty close, in terms of the claustrophobic atmosphere. I'd guess they take some liberties, and the characters are composites. The best version of the story I've seen is a made-for-TV movie called DAY ONE, with Brian Dennehy as Groves, and David Strathairn as Oppenheimer - much better than the feature picture with Paul Newman - available from Amazon.

Unbelievable, Dixon! I always thought the politicians were the monsters.

I had a chem professor who had worked on the Manhattan Project but refused to speak about it. The general impression was haunting regret rather than security, especially since books had been published by then.

I twice consulted (software, not physics) for nuclear companies, one being Admiral Rickover’s submarine works in Lynchburg, Virginia and the other for United Nuclear in New Mexico.

I can’t recall if it was United, but supposedly one of the nuclear subcontractors tasked with disposing of radioactive waste decided it would be a brilliant idea to disperse the presumably low-level material in bricks and roadways. That became a problem when it was learned those same bricks were used to build schools.

Entering the Electric Boat Company was interesting. I stepped through what appeared to be a metal detector and commented about it. The MP snorted and said they weren’t concerned about metals but chemicals… the device was a sniffer.

Then came the surreal part. They blindfolded me. And they strictly warned me not to remove the blindfold until explicitly permitted. They led me through what I believe was an assembly floor and then reached the offices, where they removed the blindfold. Once inside, I had complete freedom and virtually the run of the place. Nights and weekends, I was often there by myself. The result was an odd sense of divided trust: “We open up our computers and trust you in this building completely but we don’t trust you in that other building.” It was a peculiar feeling.

I had slight involvement with the nuclear power plant in Monticello, Minnesota. I was dismayed by the politics and propaganda especially after leaks, the PR people dusting off that canard that exposure was less than a chest x-ray, that the radiation was less than a 100w light bulb, as if the visual spectrum had any relationship to other forms of radiation.

But most interesting and frightening was one of the earliest nuclear plants a few klicks away in Elk River, where the local newspaper is still called The Atomic News. Officials were a bit touchy about the term ‘meltdown’, but the Allis Chalmers reactor suffered a major malfunction, serious enough that the entire building was razed and paved over to make a parking lot. I seemed to be one of the very few who realized the location was a few meters from the local railroad which, a few years later, was the site of a fiery derailment.

I can’t begin to imagine such a derailment if the nuclear facility had still been around.

Great column. I have been enjoying the series Manhattan. My sense, which might be wrong, is that it s pretty easy to distinguish between the made-up conflict that is put in to make good drama, and the inherent conflict that reflects the urgency and paranoia of the time.

In the first episode the two main characters are talking. One, a young physicist who has just discovered what he will be working on, is concerned about how the weapon could be used in future wars. He tells the story of the Golem: how the rabbi of Prague built an automaton to destroy the Jews' enemies, but it turned on them.

The other man, leader of one of the teams, replies: "Have you been to Prague lately? There aren't any Jews left." Meaning, we have to win this war before worrying about the next.

Both valid points of view...