My Unusual but Happy Birthday


Have to say, most people don't make too big a deal about birthdays. Mine has to have a special mention. Not because I'll be sixty-fifteen on the twenty-eighth of February, this coming Friday, but because the 28th of Feb. has been extra special since I was nine years old.

When I was seven my mother remarried, she had first been married to my father, Tom Barrow. They divorced when I was three. In 1946, she married Charles King Pierce. Mother, Iva "Pee Wee" Pierce was 25 years old and Daddy Charlie was 35. He had been in World War 11 and they met and corresponded for several months and when he came home, they were married. The three of us went to live in Post, Texas, forty miles southeast of Lubbock, nestled under the Cap Rock formed by the Llano Estacado.  A small town founded by C.W. Post of the cereal fame. He originally had hoped to build his fortune there but the climate was too dry and he moved to Battle Creek, MI where he did well.

Post didn't have a hospital anymore in 1948, but mother had an excellent doctor who would deliver her baby at home. On the evening of February 27th, the parents somehow knew the baby was due to be born so I was sent to my friend, Toni's house down the street two houses and around the corner three houses. The plan was I would come home the next day after the little boy or little girl was born. This was back in the days when sonograms hadn't even been discovered so no one knew the baby's sex before hand.

In the middle of the night the whole household where I was were all awakened by an excited pounding on the door. It was Daddy Charlie telling us my baby sister had arrived and he wanted me to come home immediately and see her. I found my clothes but couldn't find my shoes, I was so excited. Daddy Charlie, said, "Never mind I'll carry you." And he did; down the street, around the corner and to our house.

He actually carried me inside and set me down in the bedroom. My mother was in a bed, looking a bit tired but pleased. I was encouraged to look in the bassinette. I looked and thought I was looking at a baby doll, but it was my little sister. She had big brown eyes and was looking at me as if to say, "Hi there. I'm hoping you're my big sister."

Mother, her words a little strange because she was coming out of her pain medicine said, "Happy Birthday, Janice. This is your new baby sister, Sharla." (It wasn't until I graduated from High School and started X-ray School in Ft. Worth, living with my father and step-mother, that I shortened my name to Jan. I thought it went better with Barrow.)

Wow, a baby sister for my birthday. What a birthday present. Okay, that makes February 28 fairly special in my house. Yet, maybe not anything too unusual.

So this is where things turn extraordinary. Two years later, in 1950, please look at the scenario once more. My mother in once again expecting a baby. I'm eleven years old and Sharla is two. We still don't have a hospital, but Dr. Kahler is still taking care of mother and will deliver her baby at our house. Once again, I'm spending the night with my friend Toni, the night of February 28th. I don't think any of us went to sleep, we somehow expected news shortly. A few minutes after midnight, Daddy Charles came after me. This time I quickly dressed and put on my shoes. Good thing because I was almost too big to carry. Same bedroom, same bassinette, a little baby sister. Mother and Daddy Charles said, "Happy birthday, Janice. This is your second birthday present, your little sister Patsy." Yep, she had actually been born about three minutes before midnight on the 28th.

I don't remember what the odds are that three girls would be born to the same mother on the same day, although the age difference was obvious. Birthdays in our house were fun. Mother somehow managed to have our parties on the same day, but once that one was over she didn't have to worry
about birthdays for the remainder of the year.

A few years later, my mother's younger sister had her second child on February 28th. She called my mother and said, "You thought you had a monopoly on February 28th. That made four out of five grandchildren (on mother's side) with the same birthday. Any mathematician want the figure out the odds on that?

I love my birthday and my sisters, we don't have the chance to all be together on February 28th, but sometimes we can and when we do, it's extra special. 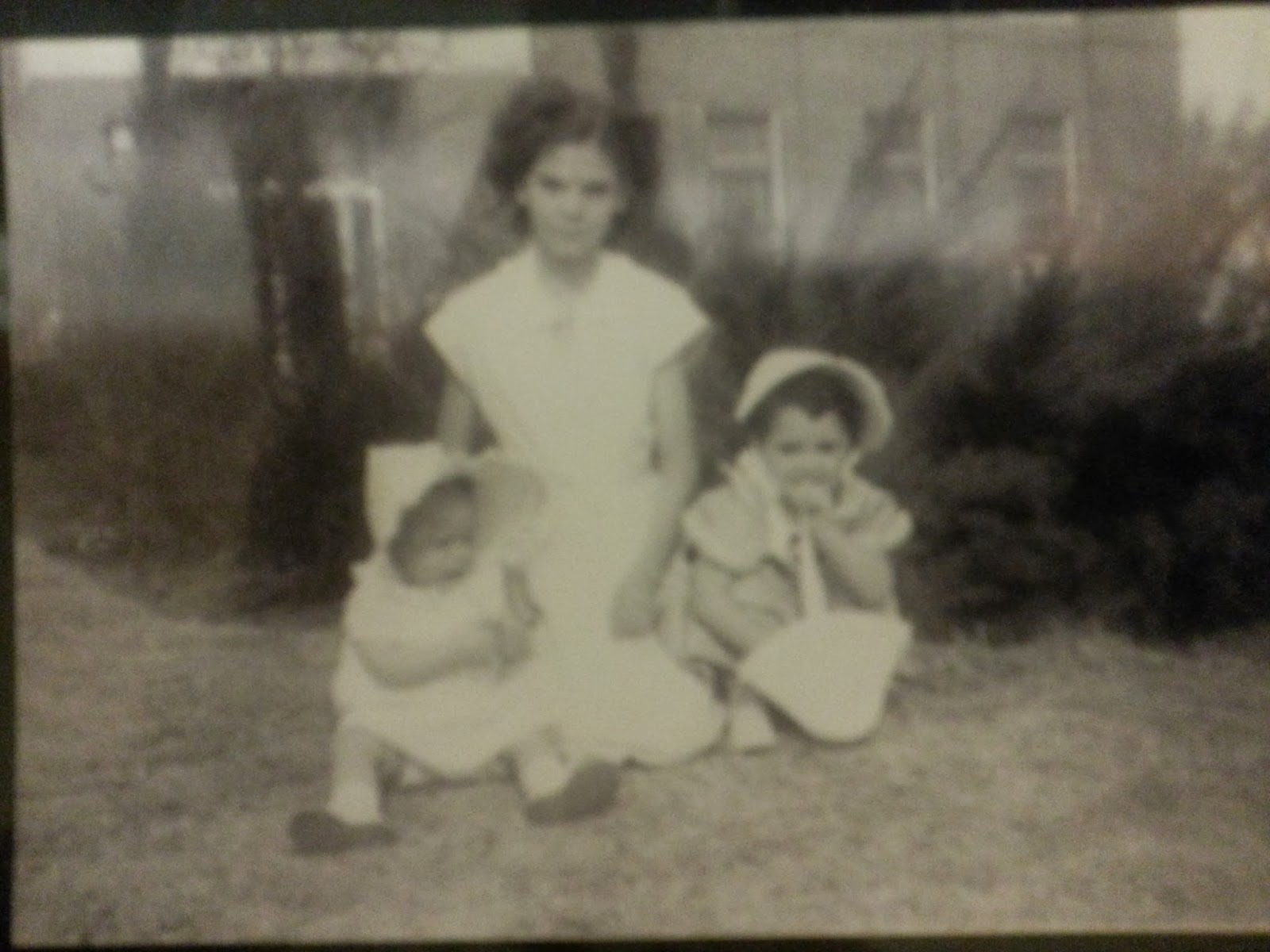 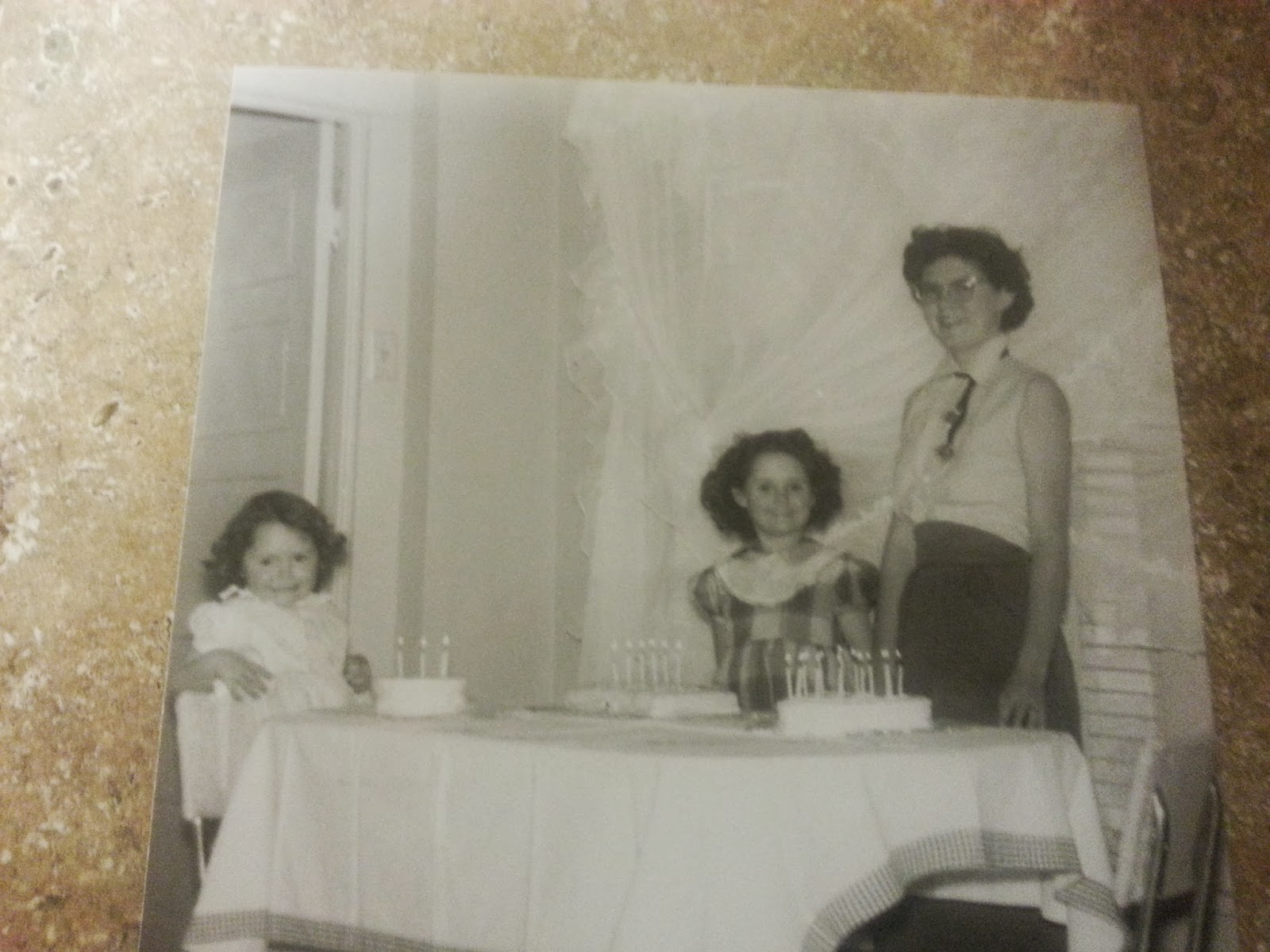