Is it okay not to win? 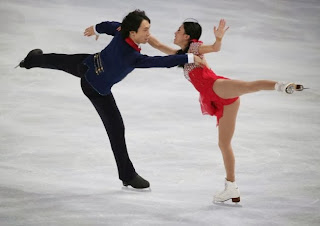 The first few months of the new year are a season of awards and competitions. In the world of mystery and crime fiction, we're waiting to hear who the finalists for the Derringers will be and looking forward to the Edgars and the Agathas. In the general culture, we're recovering from the Superbowl and the Grammys and anticipating the Oscars, which are just around the corner. And the Winter Olympics in Sochi have had most of us riveted to our TVs for the past two weeks. 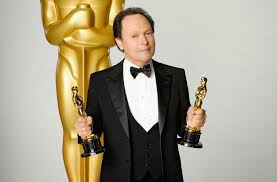 In American culture, we have a peculiarly ambivalent attitude about being good at something. We adore those with talents and accomplishments, but we expect them to disavow at least some of the pride and pleasure they may feel in their success. And in recent years, we’ve been encouraged to idolize “celebrities” whose visibility has nothing to do with merit or achievement, but rests solely on the accident of their attracting media attention.

I fall somewhere in the middle along that vast continuum between humble, self-effacing saints and narcissists in love with their own importance. For better or worse, I care what people think. In the many years I spent as an unpublished writer, I didn’t exactly doubt my own abilities, but I feared that others would conclude my writing wasn’t good enough.

I learned many valuable life lessons from my mother, an energetic high achiever who went to law school in 1921. My mother faced the world with confidence, no matter what, because she could always say, “I am a lawyer.” Yet she didn’t practice law successfully. Like most of the handful of women lawyers of her generation, she had to find a niche on the sidelines, in her case writing and editing legal books. But so powerful was the illusion created by her sense of her own identity that she was always “my mother the lawyer” to me.

My father, a lawyer too, was one of those crossword puzzle demons who did the Sunday New York Times puzzle in ink every week. When I asked what something meant, he would say, “Look it up.” In those days, this meant not a quick romp through Google but dusting off the Webster’s Unabridged or worse, plodding down the wooden stairs to the cold basement to consult the multi-volume encyclopedia. 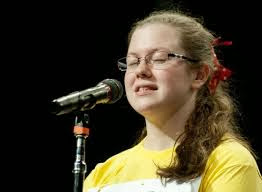 In seventh grade, I became a spelling bee champ. We were all natural spellers who played fierce family games of Scrabble when it first came out. I still remember the sense of triumph I felt—I must have been nine or ten—when I gave the correct spelling of “exhilarated” after my mother insisted that middle “a” was an “i” and my dad thought it was an “e.” We settled the argument by looking it up, and I felt—exhilarated.

At my junior high in Queens, we were invited to participate in the National Spelling Bee. It was a big deal back then and is still an annual event that’s covered by the media. Nowadays, they even televise the finals.

I had never had a significant failure in those days. I scored high grades on tests and was praised by teachers, and I did well enough in sports to please my intellectual family. I easily won the seventh grade spelling bee and then the whole school’s, competing against older kids in the eighth and ninth grades. I remember studying long lists of abstruse words with more pleasure than anxiety. Spelling came easily to me: if I’d seen it, I could spell it. I instinctively fell into the pattern of spelling with pauses between syllables to break each word down into manageable parts.

I remember my class breaking into spontaneous applause as I returned to the classroom after winning the schoolwide bee. It had been announced on the PA system. They did the same when I won the competition for the whole school district. Overhauling my paper files, I recently found the newspaper article in which my name was listed—one of only five kids in Queens who qualified—as a participant in the citywide bee. I was proud of my achievement. Why shouldn’t I be?

Then came the New York City bee. Alas, I lost it. I fell afoul of not one of the difficult words I’d studied but a simple one I’d never heard before: “intermittent.” I got that second “e” right, but I failed to double the “t,” and that was it. No trip to Washington DC to compete in the national finals against kids from all over the country. And no applause when I slunk back into the classroom that afternoon.

Since then, life has provided plenty of disappointments and only occasional applause. As a culture, we still love a winner, whether the arena is the Olympics, the Oscars, or the Derringers. There’s even a certain cachet in being nominated for an award or making the finals of a competition. But with so many others clamoring for attention, we’re in trouble if we can’t find self-esteem and validation from within.
Posted by Elizabeth Zelvin at 00:01