by Leigh Lundin
Last week, I wrote about the attorney who argued his client was too rich for prison, and this week’s article began with a similar theme until it morphed into something else.
Kristin L.S. Beck is an athletics trainer who had sex with at least one minor. Although a juvenile, the Commonwealth of Virginia does not consider an adult engaging in sex with a child 15 years or older a felony. The 30-year-old was charged with contributing to the delinquency of a minor, a misdemeanor, and is not required to register as a sexual offender.

Beck’s lawyer argued for no sentence at all, claiming his client was the victim and added she voluntarily forfeited her license as an athletic trainer working with students.

“I'm not sure jail time would achieve anything,” he said.

The judge compromised, giving her six months behind bars, but he chastised her for betraying the public trust.

As I mulled over the article, it seemed to me I’d been reading a lot about women teachers having sex with minors. Curious, I googled. 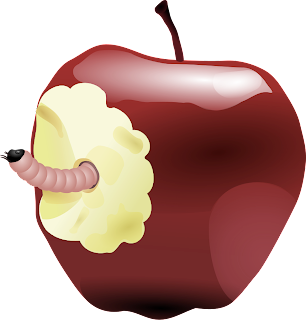 One of the first sites I turned up listed thirty-some teachers. Naturally, Florida is one of the worst offenders. Only three were male, one out of eleven. I googled again, recognizing such names as too-pretty-for-prison Debra LaFave who prosecutors and judges in two Florida counties let walk. And Mary Kay Letourneau, the teacher who bedded one of her sixth-grade students and, after being given a pass by the judge couldn’t stay away from him, and following re-arrest and time  in the clink, eventually married him. And Pamela Smart who persuaded her 15-year-old paramour to murder her husband.

Wait. I know teachers. For some reason, I’ve dated an inordinate number of educators and many more are friends, including my writing buddies. Every one I know is dedicated, hard-working, and concerned about their students. It has to be every vulnerable teacher’s nightmare to be falsely accused. But, as every teacher knows, there are always a few bad apples.

Something else is happening. One writer bemoans that dozens of women teachers are being accused of sexual acts. As it turns out, the writer was wrong: not dozens, but hundreds. Names poured out of my screen. Hardly digging at all, in less than an hour I turned up more than 400 cases:

Some of the above cases have yet to go to trial while charges in others have been dropped. A person is not judged guilty until determined by a court of law.


This is a sizable sampling, not a comprehensive list, but I'm making a point. Columnists casually speak of 'dozens', but there appear to be hundreds, perhaps thousands plus many unreported.

I could be wrong, but I don’t for a moment believe predation by female teachers (and aides, coaches, PTA members, etc.) outnumbers male’s by eleven to one. Slate writer William Saletan attempts to extrapolate from general rape statistics. Contrary to an US Department of Education survey that says in 2004 that 43% of complaints were against women, he claims assaults by male teachers outnumber female by 25-to-1 and echoes popular opinion that female aggressors are “less vile.” He intimates that male ‘victims’ are almost grown up and can better tolerate harassment.

He appears to miss the point that many Americans don’t regard sex with a female teacher a crime. Thanks to reluctance of victims and their families, fewer female teachers are accused, fewer yet are charged, fewer are prosecuted, and still fewer are given jail or prison sentences and required to register as sexual offenders. It’s a bit like that tree falling in the forest: If the teacher is let off, is it a crime?

As a 2007 NPR segment pointed out, fewer women teachers face criminal penalties. The day after Debra LaFave was allowed to walk, a male teacher was given twenty years for the equivalent crime. Elsewhere, a former Miss Texas contestant had her case dismissed without trial. The grand jury found the relationship ‘endearing and flirtatious.’

What’s a crime in one state may not be a crime in another. If the age of consent is 15 or 16, then a felony may not have been committed. Worsening the problem, laws that acknowledge women can be capable of sexual assault have been slow to catch up. One teacher said an internet search she conducted suggested she wasn’t engaging in a crime. Often, boys and even their families refuse to cooperate with authorities. The British National Association of Women Teachers has said that teachers who have sex with pupils over the age of consent should not be placed on sex offender registers.

The Association went on to say statutory rape laws were out of date. They weren’t alone. In the comments following some of the articles I researched, many readers suggested the age of consent should be lowered to 14. Fourteen! This age was the one that cropped up most often in the case searches (varying from ages 9 to 17).

Former US Secretary of Education and former Houston School Superintendent Roderick Paige taught us thousands of ways to manipulate school statistics. We don’t know how many teachers are simply dismissed rather than prosecuted, which makes a shambles of statistics maintained by Departments of Education. We don’t know how often a woman is allowed to plead to a misdemeanor or non-sex crime, whereas her male counterpart may be charged with statutory rape, sexual assault, or creative charges like false imprisonment.

The adage ‘Women get months, men get years’ isn’t quite accurate, but New Jersey courts convict a majority of men but less than half of women, and they sentence men to terms 50% longer than that of women. Nancy Grace says, “Why is it when a man rapes a little girl, he goes to jail, but when a woman rapes a boy, she had a breakdown?”

While I’m surprised by the mounting evidence, I am willing to adjust my stereotype. I once consulted for Sinai Hospital outside Baltimore where they gathered reams of statistics. According to one curious number, domestic battery by women outnumbered assaults by men. (While more wives assaulted husbands, men tended to inflict more harm because of the sheer physical strength.)

I mentioned this to a psychiatrist friend in New York and later to another in Virginia. Both confirmed that finding. The Virginia doctor said she believed the reason was that women didn’t feel constraints, whereas sensible males have been taught to never hit a woman. The reverse isn’t taught.

With that little bit of knowledge, I could understand more or less equal numbers, but without hard statistics it’s difficult to judge. As mentioned the other day in the comments of a SleuthSayers article, our society doesn’t trust men. At the same time, we take greater steps to protect our daughters than our sons. Because women teachers are trusted, is it possible some see an opportunity? Or, more kindly, does emotion and sensation slip under their guard?

This phenomenon isn't a fluke and we can’t blame incidents on ‘trashy women’. These are women with bachelors degrees, sometimes masters and doctorates, as in the case of Dr. Allison Hargrave, seducer of a troubled 13-year-old girl. These women are articulate, smart, poised community figures. Many have won awards. They held such promise.

Like many men, it’s much easier for me to sympathize with women, but can’t we find a better way to deal with this situation?

Why does one teacher receive a 25- or 30-year sentence while branded a pedophile and another's given no sentence at all? I’ve suggested before in a different context, we need to balance sentencing. First, we must decide whether an act constitutes a crime and at what level: Misdemeanor? Felony? Or simply bad judgment? And once that's determined, we need to be fair, sensible, and consistent.

The too-pretty-for-prison defense has to vanish as do overly harsh sentences. Educator-of-the-Year Ethel Anderson wasn’t pretty and she wasn’t white. She received 38 years for her relationship with a 12-year-old. Hundreds of others received a virtual slap on the wrist if they were reprimanded at all.

Society clearly has both a problem and a vested interest. We entrust our children to our teachers, people we want to care about and train our children. How do we solve this problem?
Posted by Leigh Lundin at 00:00