Another Black Eye for Arizona 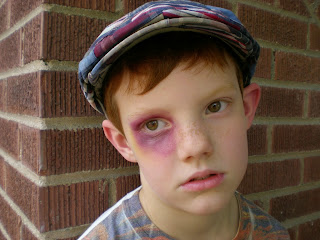 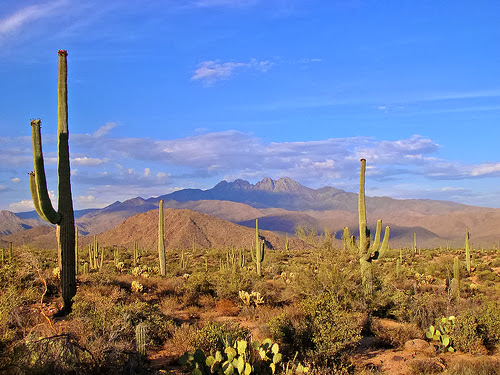 I love the wide-open spaces (We've still got ‘em, though they grow fewer and farther between every day!), the dusty desert terrain dotted by Saguaro (“Su – whar – ro”), Prickly Pear and Cholla (Cho – ya) cactus, the scrub plants you encounter as you work your way north, the rough rocky face of the Mogollon (“Moo - gee – on” and that middle syllable is pronounced with a hard “g” sound) Rim, even the high country with its Ponderosa and Kaibab Pines. Not to mention all the prairie dogs, squirrels and coyotes.

The warp and woof of Arizona life is filled with Mexican, American Indian and Spanish influences. They mold our architecture, our language, even the way we get our water and eat our meals.

When I was a kid, we found an old wagon wheel out in the middle of nowhere, while on a picnic. Stuff like that dotted the empty desert back then, including rare rotting wagons, or long-abandoned and unmapped Indian ruins that I ran across at times. Somebody had probably lost that wagon wheel while crossing the desert back in the 18-who-knows-when, heading for a better life in who-knows-where. We loaded it in the trunk and my mom had my dad lean it against a tree in our backyard. When our pool was put in, that wagon wheel got cemented—center stage—into the planter that jutted abruptly from the pool’s back wall.
Today, only the rusted rim remains.

These days, Arizona gets a bad rap from a lot of folks. Sometimes because it’s deserved. Other times, because of misunderstandings or imbalanced reporting.

This past July I learned that two guys in Paradise Valley have evidently come up with a way to give Arizona another black eye. It looks like they’re scamming money off people across the nation, using information they find in official law enforcement sex offender data lists. 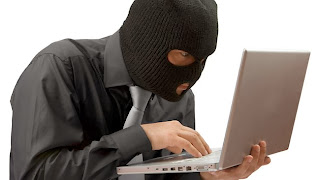 For those who don’t know, Paradise Valley is a suburb of the Phoenix Metro area. PV as it’s commonly known, was planned as a bedroom community for upper-income families. Community planners stipulated, for instance, that a built-in swimming pool had to sit at least twenty-one feet from the property line. They did this to encourage the construction of expensive houses on large lots. And, it worked. They also made it illegal to set up a business—even a gas station—except in very limited areas.

This doesn't seem to have kept two guys from running an internet business out their house, however. According to an Arizona Republic article by Robert Anglen:

A network of Arizona-based Internet companies is mining data from sex-offender sites maintained by law-enforcement agencies and using it to demand money and harass those who complain or refuse to pay.

The websites in question are evidently run by two men who have both been convicted on fraud charges in the past. They obtain their information from sex offender data lists published by law enforcement agencies, however their site is not associated with any state or federal agency or law enforcement branch.

Now, I can hear some of you thinking, “They’re convicted sex offenders; they probably deserve it!” But, the people being scammed aren’t necessarily sex offenders at all. According to the article:

Among the hundreds of thousands of names that appear, the websites include names and addresses of people who never have been arrested or convicted of a sex crime.

The Internet-savvy operators … have prominently profiled specific individuals, published their home and e-mail addresses, posted photographs of their relatives and copied their Facebook friends onto the offender websites.

“Enjoy the exposure you have created for yourself,” operators said in an e-mail to an offender last year. “Unfortunately you took (your) family with you.” …

In Virginia, a man last year stumbled onto (the) profile of his recently deceased brother-in-law. He said he contacted the website in an effort to spare his sister and her two young daughters from learning about the 18-year-old conviction. But when he said he balked at paying, the websites posted his name and e-mail. They also posted his sister’s address, her name and the names of her children, in-laws and other relatives.

Not enough to convince you? How about this one: A Louisiana schoolteacher, whose only “crime” was buying a house once owned by a sex offender (whose name had been removed from all official registries before she bought the house), found herself caught up in the websites’ snare. “Even after being notified that the offender no longer lived in the house and being paid to remove the profile,” the Republic article states, “(the websites) continued publishing the woman’s address as if the sex offender still resided there.”

That’s right: she’s a teacher. She had no connection to the sex offender in question, except that she happened to buy a house he once lived in. Fearing the website might convince people she was associated with a convicted sex offender—something that could ruin her career—she paid them to remove her address from the website. But, they kept it up anyway. And, the people running these websites are charging people between $79 and $499 to have their names removed.

The Arizona Department of Public Safety runs an official state registry at azsexoffender.org. Their site states: “misuse of this information may result in criminal prosecution.” Surely this is the case with other agency’s registries, also.

Yet, though people claim to have complained to attorneys general not only in Arizona, but also in Washington, Virginia, Montana and Louisiana, no law enforcement agencies seem to have taken any action.

Hasn't Anybody Called the Cops?

That’s what I wondered, and according to the Republic article:

Complaints about … the … websites have been filed with local, state and federal law-enforcement agencies for almost a year. Offenders, their relatives and others who say they have been targeted by the websites say officials won’t act. They say agencies take reports, then decline to open investigations or refer cases elsewhere.

Complaints have been submitted with the FBI, the Federal Trade Commission and the Internet Crime Complaint Center, which works with the FBI to refer Internet criminal cases to various agencies.

One offender said federal prosecutors in Virginia told him they would not open a case.

Neither the FBI nor the U.S. Attorney’s Office in Virginia would comment. FBI officials in Arizona also declined comment.

Complaints have also been submitted with attorneys general in at least five states, including Arizona.

One convicted sex offender was quoted as saying: “They don’t take action because of who we are: sex offenders. But we deserve equal protection under the law.”

Maybe that statement doesn't resonate with you. But, no matter how little pity you feel for sex offenders (and, frankly, I find it hard to pity them), surely their families and friends—or people who buy houses from them!—deserve to be protected from these websites.