by Dale Andrews
In a week when a lot of us of a certain age were reflecting back to events of 50 years ago I found myself off on a related tangent, thinking about how different the task of researching is now from what it entailed back when I was an early teenager in 1963. Some of this was sparked by a comment from Fran to my last SleuthSayers post recalling what it was like to visit a library back then. All of this rang true for me. I remember the process of researching term papers back in the 1960s -- taking the long bus ride to the downtown St. Louis Central Library, spending the morning poring over three by five cards in the card catalogs, filling out a request for various reference texts and then waiting while the librarian gathered the materials and wheeled them out of the stacks. The process was tedious, and if those books piled in front of me spawned their own questions, the follow up research meant starting the whole process over again. It was far easier to forego tracking down a question arising from the review of that first pile of books than it was to follow the thought thread through to fruition.

The way most of us research and write now bears no relation to that process. A laptop and an internet connection is all that is needed to find just about every factoid imagineable. Personally, I am happy with all of this. But whether we are, in the long run, bettered or hindered by our easy electronic access to information today is a subject that is still open to some debate. It is, in any event, easy to come up with examples of how the ways in which we answer our own questions have changed in a computerized wifi world.

Personal example one: Some years back two older friends of ours from New York City, Jim McPherson and his wife Phyllis King, were visiting us for the weekend. Jim and Phyllis (now deceased and sorely missed), both poets, were two of the most intelligent and well-read folks you would ever want to stumble across. (Jim was named poet laureate of West Virginia, one of only three in the State’s history, in 1942 at the tender age of 20.)  On this particular visit we were sitting in our living room reading when I came across the word “bookkeeper” and stopped cold, looking at it closely, perhaps for the first time. I turned to Jim and said “Can you name a word in the English language that has three consecutive double letters?” Jim thought a minute and said “bookkeeper.” I was floored -- “did you know that already?” I asked him. “No,” he replied. “It’s just the only example I could think of."  That, in a mind, is astonishing. But with the advent of the internet it is no longer a big deal to secure an answer to that question. Pose it on Yahoo and you instantly get “bookkeeper” and (icing on the cake) “sweettooth” for dessert.

Personal example two: When I was a child my maternal grandmother, while working around her house, would repeatedly sing two lines of a song from her childhood. She had long-since forgotten the rest of the song, but remembered that it was about a policeman who found a lost child and, through a convoluted series of verses, the child turned out to be his own. She sang those first two lines so much that the song, over the years, became somewhat of a joke in our family.  Eventually my mother and I tried to find the rest of the lyrics, searching out song encyclopedias at the library, all to no avail. Some years back I even tried a computer search using the first two lines, the only ones my grandmother remembered: "Once a police man, found a little child.” All you get from from an internet inquiry using those words are stories about abducted children. But last week, thinking about this column, I decided to try again. I added the word “lyric” at the beginning of the search. That was all that was needed: The song, lost to my family’s collective memory for probably more than a hundred years, is The Little Lost Child. My grandmother’s memory was wrong -- it actually began “A passing policeman . . . .” But once the inquiry is framed as a search for a lyric, even with that erroneous first word, the internet promptly spits back the complete lyrics to the song, a Wikipedia article about it and (this I could hardly believe) a You Tube rendition. And all of this (as you can confirm by listening in) for a song that is truly terrible and (ironically) would probably have been best left forgotten. But that’s not the point -- the point is that you can now almost instantly find almost anything -- even facts that are largely useless.

When we have this much researching power at our fingertips you can expect some pretty profound changes to occur in the writing process.  Ready access to such a power allows some research to be performed that simply could not have been done in the past, or at least not without more time and effort than the task warranted. Those followup questions that I ignored late in the day in the St. Louis library back in 1963 are no problem now.

Some argue, however, that there may be a dark side to this as well. A notable study of teenagers in Korea, an on-line country where reportedly 65% of all teens have grown up using smartphones, has revealed the prevalence of a condition that the study coins "digital dementia," or deterioration of thinking and memory. A UPI news report concerning the study provides the following example:

Psychiatrist Kim Dae-jin at Seoul St. Mary's Hospital recently diagnosed a 15-year-old boy with symptoms of early onset dementia due to intense exposure to digital technology -- television, computer, smartphone and video games -- since age 5. He could not remember the six-digit keypad code to get into his own home and his memory problems were hurting his grades in school. "His brain's ability to transfer information to long-term memory has been impaired because of his heavy exposure to digital gadgets," the psychiatrist [reported].

But is the negative connotation involved in calling these symptoms a form of “dementia” really correct here? We know, going all the way back to the writings of William James, that thinking involves the interaction of long term and short term memory.   It is theorized that short term memory cannot handle more than roughly 7 chunks of information (otherwise stored in long-term memory) at any one time, and that the process of thinking involves juggling concepts and facts back and forth between the two in those manageable chunks. Psychologists have also long recognized that we already “share” long-term memories with others and depend on others to fill in our own blanks -- I remember how to do some things, my wife remembers how to do others, and if I was trying to think of a word with three consecutive double letters, well, Jim McPherson would have been my go-to guy.  What we are now learning to do instead is to depend on the computer and the internet to perform this function of data retention and sharing that previously we commited to long term memory -- either or own or others'.  Now what becomes important is not the fact, but how to get to the fact on the computer, e.g. adding that word "lyric" when you are looking for a song.

A Harvard study, as reported in an article in Science Express examining the effects of a world where information is readily available at the tap of a key, seems to confirm all of this: 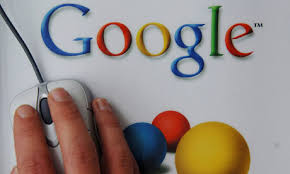 The advent of the Internet, with sophisticated algorithmic search engines, has made accessing information as easy as lifting a finger. No longer do we have to make costly efforts to find the things we want. We can “Google” the old classmate, find articles online, or look up the actor who was on the tip of our tongue. The results of four studies [conducted by Harvard] suggest that when faced with difficult questions, people are primed to think about computers and that when people expect to have future access to information, they have lower rates of recall of the information itself and enhanced recall instead for where to access it. The Internet has become a primary form of external or transactive memory, where information is stored collectively outside ourselves.

A recent Columbia University study reaches similar conclusions, arguing that we are now using the internet as personal external memory drives. Summarizing that study the Los Angeles Times had this to say:

We’ve come to use our laptops, tablets and smartphones as a 'form of external or transactive memory, where information is stored collectively outside of ourselves . . . . We are becoming symbiotic with our computer tools, growing into interconnected systems that remember less by knowing information than by knowing where information can be found.

And this, in turn, sounds all in all like a good thing in many respects. Certainly readily accessible information is a boon to those of us who write, and certainly to all of us producing scheduled articles here at SleuthSayers. Reflecting on information and sharing those reflections are far easier tasks without those trips to the library research rooms of our youth. Stated another way, an article such as this one would not have been written if the only sources available were those in the stacks in the St. Louis Central Library back in 1963. Who had the time?

We are not the only ones changing as the internet renders irrelevant many of the volumes that used to be housed in library stacks.  The St. Louis Central Library that I relied on for research 50 years ago has moved along with the rest of us.  The newly renovated building, scheduled to re-open to the public this month, replaces those stacks where I researched as a teenager with a multi-story sunlit atrium.  There is also a coffee shop where we can wile away some of that time we save.
Posted by Dale Andrews at 00:01