by Janice Law
Former President Bill Clinton used to like to talk about “bridges to the 21st century,” a rhetorical flourish which usually indicated investment in some new technology or educational technique. This was, of course, back in those simpler and unenlightened days of the 20th century when politicians were keen on building for the future instead of for a retreat to the 19th century or earlier.

However, the idea of bridges to the future got me thinking about bridges in writing, which like the President’s bridges, tend to rely a good deal on imagination and guesswork. In particular, every writer knows the delicate suspension construction that extends between the two commands of imaginative writing: write what you know and write what you want to learn. 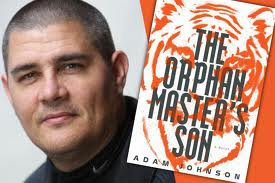 In some cases, this particular bridge needs to be exceptionally sturdy. I’m currently reading Adam Johnson’s Pulitzer Prize winning The Orphan Master’s Son, set in North Korea. Even with three big grants and a trip to the Hermit State, conjuring up a plausible protagonist and a plausible Communist Korea must have been a toughie.

Mystery writing has its challenges, too. Although a number of my Sleuthsayers colleagues have worked in either law enforcement, the military, or social work, I would guess that most writers of mysteries, suspense, and thrillers probably lead, like me, distinctly un-thrilling lives. Even those with professional experience must need some little bridges of their own. Consider the thriller which has gone from tales of intrepid secret agents on the lam with the essential microfilm or sub base plans to the present steroidal concoctions where saving the planet is not too big a challenge.

More realistic work branches out in a different way. I recently enjoyed Tuesday’s Gone by the husband and wife team that writes as Nicci French. The book’s strong suit is definitely its fine characterizations, especially of psychotherapist, doctor, and police consultant Frieda Klein. I dare say that the details of the plot, though very satisfying, are implausibly complex if one is being strictly realistic. The book works well, however, because of the strong characterizations. Our interest in the personalities involved and our anxiety to find out what happens carry us nicely over convenient coincidences and timely bursts of sleuthing inspiration. A bridge, indeed.

On a more modest level, I’ve been looking for literary bridges in a new Francis Bacon mystery, the third in what I projected from the start as a trilogy. This one is set in London but also in Tangier, in what was in the 1950’s still the International Zone administered by a coalition of European powers. Problem: I’ve never been there. Solution: a goodly amount of research, plus memories of the French and Italian rivieras, which have a similar landscape and climate.

Was this satisfactory? Only time will tell, as Doonesbury’s Roland Hedley likes to say, but I think moderately satisfactory, since Francis is an urban man without much eye for landscape. He was a painter focused on internal, not external, weather, so it was plausible to keep his focus on his relationships with other people and his observations of their interactions.

Of course, his relationships with other people, particularly the love of his life and his real fatal man, an alcoholic ex-RAF pilot, presented other challenges. In particular, how to write about Francis’s violent masochistic relationship with his lover in such a way as not to destroy the tone of the whole and the emphasis on what is a strictly imaginary adventure.

After what is now three novels about Francis, I think it is safe to say that he has evolved into a fictional character, resembling the real man, but with a tone of his own, which, as befitting my personality, is a bit lighter in spirit than the genius painter of very dark interiors. The real man was said to be camp but tough, very tough, indeed, and though a pessimist, a resolute enjoyer of life’s pleasures.

I’ve written him as cheerful and ironic and given him his late, and much missed, nanny’s voice in his ear. He’s foolish, but no fool, and I guess that sums up the imaginative bridge between what I know about the real Bacon, product of research and looking at his paintings, and the imaginary character, who is free to have bizarre and somewhat absurd adventures among the sorts of thugs and spies whom the real man would probably have enjoyed.
Posted by Janice Law at 02:00