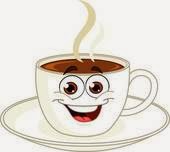 My classroom days are over, and I agree some of the forms used in classes no doubt help develop better student writers. Some of them address plot; some, characterization; some, setting; some, literary devices; some, other topics ad nauseam.

So where am I headed with all this? I haven't used an outline or, heaven forbid, a mimeographed graphic organizer sheet since I was a kid... until this year! 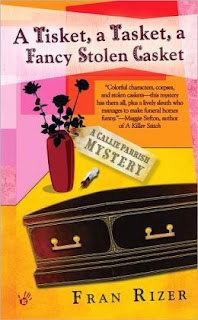 I started the first Callie book with a nursery rhyme, stuck a casket in it, and produced a title. (A Tisket, a Tasket, A FANCY STOLEN CASKET) I then thought of an ending. I wanted to have the protagonist wind up locked in a casket, and I actually wrote the climatic chapter first. After that, it was easy to start from the beginning and write until I reached the ending.

This time, the idea wasn't a nursery rhyme, but a song--"The Twelve Days of Christmas." The full title naturally was On the first day of Christmas, my true love gave to me A CASKET UNDER THE CHRISTMAS TREE. I wanted to relate it to the song, so I Googled and printed out the traditional words. That led to wanting to sing it, so my sons and grandson began making up lines that fit the melody but were related to mystery or crime or the South. I decided to use them as chapter headings. We came up with twelve presents to use. Here they are:

Next task: Develop an overall plot using chapters appropriate to their titles. I confess it took some thought, but I managed it and made one-line notes for each chapter. Then I wrote A Corpse Under the Christmas Tree. I can now say I've written a book essentially from an outline.

Currently I'm not working on a Callie, and I've reverted back to my favorite kind of writing. I call it "falling into the page." Stephen King describes it this way: 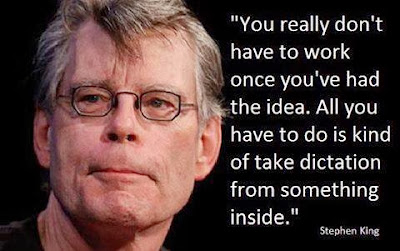