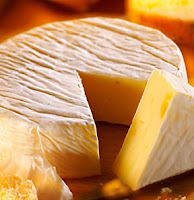 A joint Canadian-American task force brought down an international cheese smuggling ring of American smugglers and Canadian police. Readers who may remember the Great Hair Raid by Orlando authorities might be less familiar with a previous, rather cheesy take-down.

Return with us now to that nerve-curdling case…

Lt. Jack Colby said, "This case grates on me and we can't wait any longer for leads to mature. The time is ripe. We've got to stick that krafty Kolonel Karl KäseKopf in the cooler." 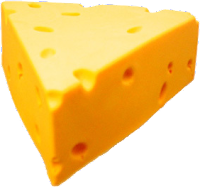 "Don't butter me up," the lieutenant said with a sour expression, "and don't kid me. That really gets my goat."

"Sorry, sir, I guess I milk puns for all they're worth," he said sheepishly.

"KäseKopf lacks culture. He bets on the spread, wedging out the competition. He skims profits and demands a slice of the action. I want to see him fry. But though he shredded the prosecution, there're holes in his case." 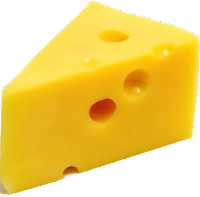 "Right sir. What about Belle Paese?"

"Any way you slice it, she's cut from the same mold, but cheese is no cottage industry. Mae Tag and Harvey T. teamed with rebel Kurds in Jarlesberg who smuggle through Port Salut."

"All the way from Monterey, Jack."

"Krafty devils. We can't afford a mild response but I don't want any cheesecake shooting."

"Did you say rennet pasteurize?"

"Casein… You're doing it again, Detective."

"Sorry sir. This smells off, whey off. I mean this lot stinks to high heaven. But what if we set a mouse trap?" 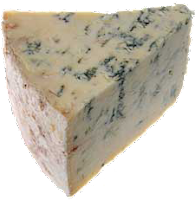 "Hmm, a trap for the Big Cheese? Yes, brick 'em, Danno! Let our men in bleu trap the rats, process the American head cheese, and let the wheels of justice shred their defense. Mmm, tasty. But I swear this case has aged me."

"You've simply matured, sir, although your complexion looks a bit waxy. It will be a breeze, a fait accompli."

"Did you say bries and feta?"

"Right you are. After the derby, set up in the Stilton Hotel. KäseKopf… we'll chop that munster into pieces. For some reason, I'm hungry. Let's order lunch." 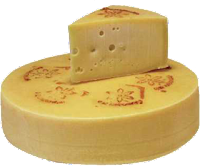 Fortunately the sting came off without a hiccup. Lt. Jack Colby and Detective Chester Shire arrested a smelly Karl KäseKopf. At they booked him into jail, the last words police photographer Fontina Tilsit heard the uncultured criminal say was…