Last weekend I had a rare opportunity to combine business and pleasure.  Actually I suppose you could call it pleasure and pleasure: (1) my wife and I visited our oldest son and his family in West Virginia and (2) while there I drove to Cleveland, Ohio, to attend Bouchercon 2012.

As most of you know, Bouchercon is an annual conference for writers and fans of mystery fiction.  This year's event was held at the Cleveland Marriott Renaissance Hotel from Thursday, October 4, to Sunday, October 7.  I arrived a day late (and yes, a dollar short) but I at least arrived in time to serve on the panel I'd been assigned--ours was called "Nuggets of Mystery"--on Friday afternoon.  I'm not sure the six of us offered any profound insights, but we had a lot of fun, and I hope our audience did too.

I was outclassed and outnumbered by my all-female fellow panelists: Barb Goffman, Shelley Costa, Laura K. Curtis, Terrie Farley Moran, and EQMM editor Janet Hutchings.  Janet in particular managed to educate all of us, and the crowd also, about recent trends in short stories, and it was interesting to me to hear everyone's take on the influence of short fiction on the mystery/crime genre.  I was honored to see in the audience my old buddy Jim Doherty, Short Mystery Fiction Society president Tom Sweeney, SleuthSayers friend Jeff Baker, and AHMM editor Linda Landrigan.

In fact I was able to spend quite a bit of time this year with Janet and Linda, and with Strand Magazine editor Andrew Gulli.  These three Head Honchos are not only effective at their jobs, they're good folks--interesting and smart and incredibly supportive of their authors.  I learn something new about mystery writing every time I talk with them. 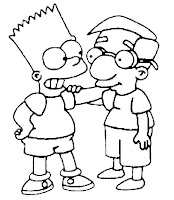 I think it was Terrie Moran who said, in a SleuthSayers comment awhile back, that the best thing about conferences is not the time you spend in panels--it's the time you spend visiting with fans and other writers.  She's right.  This time I was able to catch up with old acquaintances like Terrie, Doherty, Steve Hamilton, Jane Lee, James Lincoln Warren, Jan Burke, and others--folks who have helped me a great deal over the years.  Other friends I somehow missed seeing, even though I heard they were in attendance, were Melodie Johnson Howe, Bill Fitzhugh, Cathy Pickens, and Kathryn Wall (although there is always the possibility that they spotted me from a distance and were avoiding me).

I did manage to meet in person several fellow writers I've often swapped emails and Facebook messages with--e-friends like Robin Burcell, Beth Groundwater, and the aforementioned Tom Sweeney, Barb Goffman, and Jeff Baker.  It's always fun to be able to finally put faces with names, and to see how accurate (or how far off the mark) you were in imagining what they look like.

I also met folks I'd not known before--too many to mention here.  Again, these were both writers and readers, which I think is one of the great advantages of a fan convention like B'con.  Writers' conferences are okay, and I've been to a few, but it's a lot better when fans are included.  Without them, after all, we writers would be forced to take up a different job/hobby/pastime.  Those of us who forget or neglect our readers, and cease to care what they like or want, probably won't be writers for very long.

Last but not least, I was fortunate enough to meet one of my favorite authors, Lee Child.  I'm an avid Jack Reacher fan--I've read all seventeen novels--and I admire the talent that can create and sustain such an entertaining series.  As I had suspected, Child turned out to be both friendly and charming.  When I babbled my thanks to him for his having designated one of my AHMM stories as a "Distinguished Mystery" in the Best Mystery Stories anthology he edited in 2010, he smiled and assured me that he remembered that story.  I'm not naive enough to believe that he actually did remember my story--he was almost certainly just being kind--but I was pleased anyway, and impressed that he would bother to offer praise and encouragement to someone so far below him on the literary ladder.  (I was already planning to do a column on Child and his novels soon, and my having talked with him, if only for a moment, will make that piece more fun to write.)

NOTE: A few quick questions for our readers.  Have you ever attended a Bouchercon?  Do you plan to go next year?  Are you a regular attendee of B'con, or of any other conference?  Do you consider them worthwhile?  What are some conferences that you've found to be particularly interesting, or helpful?  I've been thinking about Killer Nashville next summer--are any of you headed that way?

As for this year's Bouchercon, I had a great time, and it was over all too quickly.  At noon this past Sunday, hopefully wiser and certainly poorer, I checked out of the hotel and drove the two hundred miles back to our son's home, and after a couple more days in WV my wife and I headed back south.  (Mixed emotions, there: it's always hard to leave your kiddos and grandchildren, but I was extremely pleased with the way the temperature rose steadily during the 900 miles back to Mississippi.  I don't do well in cold weather.)

Now I've got to figure out some way to combine a family trip with Boucherco next year.  I understand the Planning Committee isn't making it easy for me, since they've chosen Albany, New York, for the host city.

Maybe one of our kids will move up there between now and then.
Posted by John Floyd at 00:01