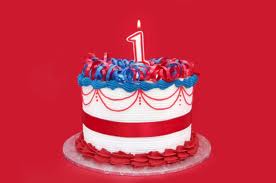 Today is SleuthSayers's first birthday– beginning the second year of life. Most of us view our creations somewhat as our infants, and to the writers, SleuthSayers is another of our children. Let's personify our professional association and take a look at our baby, SS.

Developmental milestones are accomplishments most children achieve by a certain age. During the first year, babies learn to focus, reach out, explore, and learn about the things and people around them. They also develop social and emotional attachments while physical milestones include sitting up, crawling, pulling up, and walking.

SS has definitely experienced a year of reaching out, exploring, and learning about people, including each other and our readers. Among other things, SS has explored writing methods and habits (along with writers' block), mystery books and films, locations, and exciting experiences including police and legal procedures. SS has taken a look at explosives, crimes and criminals, and amusing word-plays as well as delving into plot-driven vs. character-driven and genre vs. literary. Professional, social, and emotional attachments have formed. Physically, this baby has sat up, crawled, pulled up, and is walking.

According to Wikipedia, a September 17th birthday makes our childe a Virgo. I must confess I was hoping SS was a Libra. How cool it would have been for the astrological sign to be scales--as in scales of justice. Alas, we're stuck with Virgo, the only female symbol of the Zodiac, sometimes represented as a potentially creative girl, sometimes as a somewhat older woman, rather pedantic and spinsterish. What are the supposed characteristics of Virgos, whether male, female, or of a non-specific gender like our baby is? 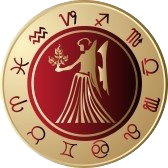 Virgos are supposed to have considerable charm and dignity. "They are intellectually inquiring, methodical and logical, studious and teachable. They combine mental ingenuity with the abiliity to produce a clear analysis of the most complicated matters." After all, what is solving mysteries? Clearly, it involves analyzing complicated matters. These descriptors came from Astrology-Online, and I agree that SS has these traits.  (I left out the negative ones listed for Virgos because, as parents, we like to think of our children in positive terms.) 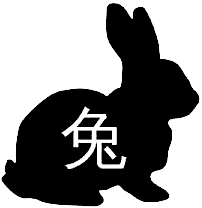 No time to go into all the other forms of Astrology, but as a great lover of moo goo gai pan, I'd be remiss not to mention our child's Chinese astrological associations. Once again, reality is not what I would have chosen. Don't you think SleuthSayers should be a tiger or a dragon? Not so. Yin. Metal. Rabbit. The only thing I can think of about our babe being a rabbit is that perhaps sometimes as the calendar gets away from us and we prepare our postings at the last minute, we have to be quick like bunnies. (You didn't think I was going elsewhere with that, did you?) 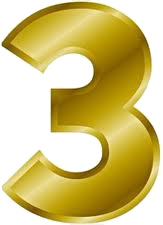 Three is considered male, charming, outgoing, self-expressive, extroverted, active, energetic, and proud. The vibration of 12 is similar to the vibration of 3 raised to a higher level and with a little more idealism thrown in. Note that Virgo being represented by a female and 3 being male doesn't designate gender of the baby, but of the characteristics. SS exhibits all the good traits, but the comment I most appreciate is, "Gets along well with others." We love that comment when it appears on our kids' report cards--"Plays well with others"-- don't we?

If we were reading Cosmopolitan, we could look to see what other astrological signs are best suited to our Virgo baby, but that's really not necessary. After all, this babe isn't sitting on a bar stool in the eighties hoping someone of a compatible sign will offer to buy a drink.  We all know that SS is attractive to and attracted by writers, readers, and solvers of mysteries.

Checking out the pages of Woman's World, which is becoming almost as familiar to us as AHMM and EQMM and is being bought by more and more of my male friends to analyze John's stories to learn why WW keeps sending them polite rejections, I  find horoscopes. Do we really need to read magazines to learn SleuthSayers's future?  No way!

We're confident SS will continue to grow, expand, learn and develop friendships next year. Our baby sits, crawls, and walks. I predict that the coming year will be one in which SS runs and dances!