by Dixon Hill
by Dixon Hill
The great physicist Richard Feynman once said: “If I could explain it to the average person, I wouldn’t have been worth the Nobel Prize.”

This is the way I have seen his interview in People (22 July 1985) quoted, though when I’ve heard the quote, that second “I” seems usually to be pronounced as “it” for some reason. Thus, I’m not sure if he really meant that he was worth the recognition of a Nobel Prize, or if he was saying his idea was prize-worthy. But, either way, the sentence works, I suppose. After all, he’s Richard Feynman; I’m not.

Which, is why I find it rather surprising that we (he and I, that is) seem to have so many feelings in common – particularly when I extrapolate his musings in terms of my own quest to generate a synopsis for a novel.

I think it was Ayn Rand who said something akin to: “If I could explain it in 200 words, I wouldn’t have written a 1,200-page novel to explain it in the first place.” And, frankly, this is how I wind up feeling when trying to distill a 300-page book into an 8-page synopsis.

In a word: Stymied.

For those who don’t understand my problem, let me explain it in terms of this poetic excerpt (the ellipses are his, incidentally) from The Feynman Lectures on Physics (1964):

here it is standing...
atoms with consciousness
...matter with curiosity.

Stands at the sea...
wonders at wondering... I...
a universe of atoms...
an atom in the universe.

Here we see the human body and brain as a collection of atoms buzzing in tight harmony, working together to produce the human mind, the very intellect.

So, too, do I see a novel after I have written it. 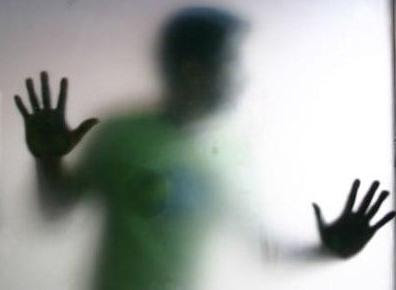 Yes. I know a novel is a body of work. (And, to me, that’s a very living, breathing body!) But, when I approach close enough to work with it, I find it’s atomic structure nearly spectral. As if it were a body whose atoms were not held fast together the way yours and mine are. My hands and mind seem to pass through the epidermis; I fall into a molecular word-cloud, the minute parts and pieces buzzing around me like a swarming cloud of thousands of bees.

I cannot see the body, for its atomic structure. And, this causes me great confusion in the distillation of it’s bodily parts—such separation as required for any synopsis to make sense.


But, I’ve kept at it, grabbing words or phrases that made sense, trying to tie them into others that might define the body. The problem is, the atomic parts I grab tend to be organically connected with large clumps of other matter that come along with my selection when I pull it out of the whirling molecular word-cloud.


Perhaps that’s the price I pay for writing without an outline – permitting my stories to grow organically. Maybe organic stories grow naturally in clumps (they seem to come to my mind that way, when I’m working on them, after all), and thus it’s only natural that when I stick my hand in and grab a part it comes away with a cluster far larger than I’d first targeted.

Of late, however, a new modus operandi has come to me. Instead of reaching into the story, what if I work only at its periphery, painting a thin layer on the skin — a sort of topographic construct that follows only the planes and curves along the outer edge of the body itself. But, would not such a thing typically be called an “outline”? Because it would outline the body. And, as such, render the body’s shape.

My concern is that it will be perceived as such, and will prove too hollow, that a prospective agent or editor will peer through this thin topographic layer and find the emptiness behind it disappointing. However, I have another idea that might hopefully fix that problem.

Might I complete this topographic construct, then return later, salting in a few bits and pieces of its intellect? Thus, an in-depth examination might not result in disappointment. That’s the idea I’ve come up with, and so far things seem to be “shaping up” nicely.

And, as I’m sure you can understand, I need to get back to work in the salt mines of my computer. However, I’ll leave you with a few other Feynman quotes, in hopes you’ll enjoy them.

On the infrequent occasions when I have been called upon in a formal place to play the bongo drums, the introducer never seems to find it necessary to mention that I also do theoretical physics.
--Statement made during Messenger Lectures at Cornell University (1964-65), after the person who introduced him mentioned that Feynman also played the bongos.

One time I was in the men's room of the bar and there was a guy at the urinal. He was kind of drunk, and said to me in a mean-sounding voice, "I don't like your face. I think I'll push it in."
I was scared green. I replied in an equally mean voice, "Get out of my way, or I'll pee right through ya!"
-- From Cornell to Caltech, With A Touch of Brazil

Why would I quote Feynman on a writing blog? Perhaps for this last quote.

At first blush (and maybe second and third) the quote doesn’t seem very pro-fiction. However, pondering this quote consistently drives me toward producing something that goes a little beyond the norm. I always like to think good fiction – particularly mystery fiction -- highlights the underlying little truths that lie everywhere out there, even if these particular truths have more to do with love, honesty and courage than with murderers, swindlers and thieves.
Posted by Dixon Hill at 00:00