Getting Lost in a Good Book


by Elizabeth Zelvin
One of the great joys of reading novels is the opportunity to “get lost in a good book.” As a mental health professional, I can tell you that the psychological phenomenon involved is dissociation. Getting lost in a book or movie is at the mild end of the dissociative spectrum, along with the long-distance driver’s road trance. At the other end is dissociative identity disorder: the pathological condition, resulting from extreme trauma such as childhood sexual abuse, that used to be called multiple personality. Getting lost in a book, while it’s certainly not pathological, produces the same effect of coming to with a jolt from a world that made the one you’re actually in vanish completely. There’s the same sense of having been somewhere else and having no idea how much time has passed.
People who don’t read miss this pleasure. So do those who don’t read fiction, or so I believe. My husband is a history buff and inveterate non-fiction reader. He’s always trying to involve me in his reading. He’ll chuckle aloud and say, “Listen to this!” as a preface to telling me some priceless tidbit about Napoleon or Frederick the Great. (Readers of my mysteries know I borrowed this trait for one of my characters.)

The standard answer to that or any other interruption in our house is, “Shush! I’m reading my bookie.” “Bookie” is our private baby talk for genre fiction, a novel on the light side of what the Brits call “a good read”—a story absorbing enough to sweep the reader away. It goes with teddy bears and cuddling up to read.

My husband sometimes complains that it’s not fair, since I don’t always refrain from talking to him while he’s reading. But the truth is that he’s more willing to be interrupted when he’s reading serious history or something dense and weighty. He’s absorbed, but not to the point of dissociation. I’ve noticed that when he lightens up enough to pick up a mystery, science fiction, or fantasy, he too says, “Shush! I’m reading my bookie.”

What lures me most intensely into an alternate world? My briar patch is the character-driven traditional mystery, but crime is not a necessity. Historical fiction with endearing characters and a dollop of romance can do it, as can character-driven speculative fiction or fantasy. 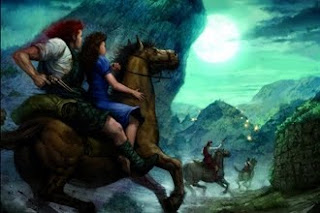 I remember gasping with pleasure the first time I read Diana Gabaldon’s outstanding time-travel historical novel, Outlander. It utterly pulled me into the 18th century. Dorothy Dunnett’s novels about Francis Crawford of Lymond take me just as thoroughly to the 16th century. Lois McMaster Bujold’s Miles Vorkosigan series, set in the galactic future and on an old-fashioned planet within it, does the same. 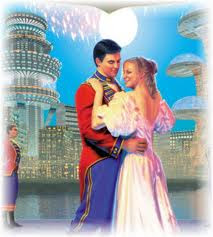 The common elements are lovability and the touch of romance, combined with highly intelligent writing, brilliant characterization, and superb storytelling. Of course, there’s plenty of that in mystery too. I don’t want to come back from Judge Deborah Knott’s North Carolina or Mary Russell and Sherlock Holmes’s England either. So shush! I’m reading my bookie.
Posted by Elizabeth Zelvin at 00:01