Before Stalking Had A Name


stalkverb (used without object)
1. to pursue or approach prey, quarry, etc., stealthily.
2. to walk with measured, stiff, or haughty strides: He was so angry he stalked away without saying goodbye.
3. to proceed in a steady, deliberate, or sinister manner: Famine stalked through the nation.
4. Obsolete. to walk or go stealthily along.
verb (used with object)
5. to pursue (game, a person, etc.) stealthily.
6. to proceed through (an area) in search of prey or quarry: to stalk the woods for game.
7. to proceed or spread through in a steady or sinister manner: Disease stalked the land.

As the dictionary indicates, “to stalk” is a verb that has existed in the English language since the thirteenth century. Sherlock Holmes dons his deerstalker hat to pursue his criminal quarry, crying, “The game’s afoot!”

However, surprising as it may seem to young people today, “stalking” as the crime we know today was, if not non-existent, certainly not well known and not by that name. How do I know? Well, yes, of course I googled, finding sources from serious discussion of stalking as a crime by David Levinson in the Encyclopedia of Crime and Punishment (Sage, $716.62 on Amazon, excerpts available on Google Books) to a step-by-step description of “How to Stalk A Celebrity” on WikiHow. As Levinson says, the lover who won’t take no for an answer was considered a comic or romantic figure until several high-profile cases in the 1980s, in at least one of which celebrity stalking led to murder—as well as increasingly vocal concern about domestic violence—led to the first law against stalking as a criminal act in 1990.

But the real reason I know is that it happened to me. I was a fifteen-year-old junior in high school in the late 1950s when a classmate developed what everybody laughingly called “a crush” on me. He tried to get my attention in class and in the school cafeteria. He hung around the schoolyard during the girls’ gym classes so he could see me in my blue cotton gymsuit. When I wouldn’t talk to him, he would buttonhole my friends and even teachers and pour out an endless stream of compulsive talk about how wonderful I was and how much he admired me. He wrote me letters filled with obsessional fantasies about me that I found deeply disturbing but didn’t know how to deal with.

My parents tried to help. Eventually, on their advice, I stopped opening the letters. They tried to get the school to stop him “bothering” me, but the school not surprisingly, did not want to get involved. 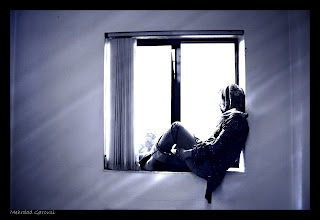 He was a bright boy, and they didn’t want to jeopardize his chances of getting into a good college. I believe they even contacted his parents, who, again not surprisingly, were outraged by any complaint against their son.

At one point, he left me alone for a few months, but the pursuit, which I certainly experienced as harassment, intensely embarrassing to an adolescent girl, started up again when our math teacher, returning graded tests to the class, requested that I hand him his paper, since he was sitting right behind me. 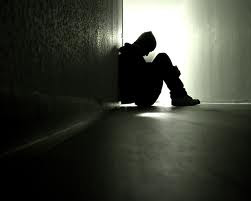 The use of our names in the same sentence and my turning around in my seat to give back the test constituted encouragement to this disturbed boy, and the persecution began again. (There’s a good article on emotionally disturbed and mentally ill stalkers here.)

Was I scared? I don’t think so, probably because there was no context in which I could consider his behavior dangerous. However, there is no question in my mind that being victimized in this way blighted my junior and senior years in high school, an age at which a young girl is emotionally extremely vulnerable. I suffered agonies over what teachers (whose high regard I valued) and more attractive boys would think of me as a result of what he told and wrote to them about me. (When I started discarding his letters, he wrote voluminously to everyone around me.) I got nowhere trying to enlist sympathy from my classmates. They thought it was funny.

One morning, a week before graduation, I woke up to the sound of the hated voice haranguing my parents outside our house, with my parents trying to reason with him. He was drunk and delusional, and he had brought along a chance acquaintance to whom he’d spun a story that he was in love with this girl and she with him, but her parents disapproved, so he needed help to plead his case with them. Luckily, his companion was not too drunk to see that the reality was quite different, and finally my parents were able to insist that those responsible for him get him away from me and make sure he got professional help.

It would still be another thirty years before California legislation was the first to make stalking a crime. And in the intervening years, old friends who’d known me in high school would periodically say, laughing, “Do you remember X? He had such a crush on you!”

Stalking A Hundred Years Ago

After writing this post and scheduling it for publication, I found evidence that the kind of adolescent stalking I've described existed a hundred years ago, and that the friends of the distressed victims found it as funny then as my classmates did. Like many new Kindle owners, I loaded my e-reader with free or almost free old favorites as soon as I got it. I've been reading my way through the works of L.M. Montgomery, including the Anne of Green Gables books (all in the public domain), and I came across this passage in The Golden Road, her book about yet another group of children in Prince Edward Island, published in 1913. Cecily is 12 or 13, and she is being teased about getting married.

"It will be time enough when I grow up to think of that, Sara."

"I should think you'd have to think of it now, with Cyrus Brisk as crazy after you as he is."

"I wish Cyrus Brisk was at the bottom of the Red Sea," exclaimed Cecily, goaded into a spurt of temper by mention of the detested name.

"What has Cyrus been doing now?" asked Felicity, coming around the corner of the hedge.

"Doing NOW! It's ALL the time. He just worries me to death," returned Cecily angrily. "He keeps writing me letters and putting them in my desk or in my reader. I never answer one of them, but he keeps on. And in the last one, mind you, he said he'd do something desperate right off if I wouldn't promise to marry him when we grew up."

"But he hasn't done anything desperate yet, and that was last week," commented Felicity, with a toss of her head.

"He sent me a lock of his hair and wanted one of mine in exchange," continued Cecily indignantly. "I tell you I sent his back to him pretty quick."

"Did you never answer any of his letters?" asked Sara Ray.

"No indeed! I guess not!...But I'll tell you what I did do once. He wrote me a long letter last week. It was just awfully SOFT, and every other word was spelled wrong. He even spelled baking soda, 'bacon soda!'"

"What on earth had he to say about baking soda in a love-letter?" asked Felicity.

"Oh, he said his mother sent him to the store for some and he forgot it because he was thinking about me. Well, I just took his letter and wrote in all the words, spelled right, above the wrong ones, in red ink, just as Mr. Perkins makes us do with our dictation exercises, and sent it back to him. I thought maybe he'd feel insulted and stop writing to me."

"No, he didn't. It is my opinion you can't insult Cyrus Brisk. He is too thick-skinned. He wrote another letter, and thanked me for correcting his mistakes, and said it made him feel glad because it showed I was beginning to take an interest in him when I wanted him to spell better. Did you ever? Miss Marwood says it is wrong to hate anyone, but I don't care, I hate Cyrus Brisk."

"Mrs. Cyrus Brisk WOULD be an awful name," giggled Felicity.

"Flossie Brisk says Cyrus is ruining all the trees on his father's place cutting your name on them," said Sara Ray. "His father told him he would whip him if he didn't stop, but Cyrus keeps right on. He told Flossie it relieved his feelings. Flossie says he cut yours and his together on the birch tree in front of the parlour window, and a row of hearts around them."

"Just where every visitor can see them, I suppose," lamented Cecily. "He just worries my life out. And what I mind most of all is, he sits and looks at me at school with such melancholy, reproachful eyes when he ought to be working sums. I won't look at him, but I FEEL him staring at me, and it makes me so nervous....And he sends me pieces of poetry he cuts out of the papers," Cecily went on, "with lots of the lines marked with a lead pencil. Yesterday he put one in his letter, and this is what he marked:
'If you will not relent to me Then must I learn to know Darkness alone till life be flown.' Here--I have the piece in my sewing-bag--I'll read it all to you."

Those three graceless girls read the sentimental rhyme and giggled over it. Poor Cyrus! His young affections were sadly misplaced.

L.M. Montgomery takes the sting out of the story with that last paragraph, and I'm sorry she did. I'm sure the other girls giggled, but I'm not so sure the real-life girl Cecily must be based on joined them. What fascinates me is how similar Cyrus Brisk's behavior is to my adolescent stalker's. After one of those moments that triggered his delusion that I was encouraging him, I found this poem (by one of the Elizabethans, probably Thomas Ford), cut out of the paper, on my desk: "There is a lady sweet and kind, Was never face so pleased my mind; I did but see her passing by, And yet I love her till I die."
Posted by Elizabeth Zelvin at 00:01