Birthplace of a Story

Most anyone who's had their fiction published has likely been asked this question: Where do you get your ideas? It's a common enough question that it's spawned a standard joke answer: The Plot Store. My real answer most of the time is, I have no idea. Ideas just pop into my head. I expect that's true with many (perhaps most, maybe all) writers. But sometimes I can point to a story's inspiration.

That's the case with one of the stories I had published in December, "A Family Matter." While driving a few years ago, I passed a house with a clothesline. They certainly aren't uncommon, but for whatever reason it made me remember a story my mom once told about moving into the neighborhood where I grew up. This was in 1962, years before I was born. One day shortly after my parents and siblings moved in, my mom was in the backyard hanging up the laundry on a clothesline when one of the next-door neighbors hurried over to tell my mom that drying laundry on a clothesline just wasn't done there. My mom needed to get a dryer to fit in. I don't know if this story is true or not (my mom sometimes told tales), but seeing that clothesline evoked that memory, from which grew "A Family Matter," a story set in 1962 suburbia about what happens when new neighbors violate the unwritten social code. The story is published in the January/February 2021 issue of Alfred Hitchcock's Mystery Magazine. 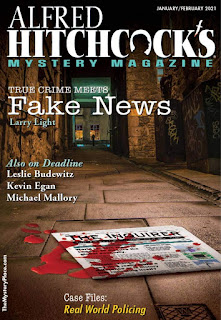 That story isn't the first one to spring from me mining my memories. An elementary-school teacher who humiliated me in an attempt to get me to be a better public speaker was the impetus for my story "The Wrong Girl." (If you've read that story, you'll know never to tell me I speak too quickly--even if I do.) "Stepmonster" sprung from anger over my father's perhaps preventable death. "Whose Wine is it Anyway" was the result of my incredulous comment to a work colleague: "I have to plan my own goodbye party?!" An elementary school librarian calling me "an evil little girl" resulted in the story named, no surprise, "Evil Little Girl." And my first published story, "Murder at Sleuthfest," is about a mystery writer who has a ring stolen at a mystery conference, which is just what happened to me. I vowed to make something good come from that bad event, and I did.

The other main source of my story ideas (when I can figure out the source) is the news. It feels bad to say that I hear about someone else's misfortune and think: I can use that! But I'm sure I'm not the only author who does it. "Compulsive Bubba" grew out of a terrible accidental death in which someone waited in a car while it warmed up, not knowing the car's exhaust pipe was covered with snow and the carbon monoxide was backing up into the car. I got the idea for "Ulterior Motives" after reading about an Oregon county whose residents voted down a bond referendum to fund the police department, which resulted in them having police only part time. "Have Gun, Won't Travel" came about after reading about an Ansel Adams print worth a lot of money that sold at a garage sale for practically nothing because the seller didn't realize who created it. (The story was later debunked, but it gave me my idea nonetheless.) "Alex's Choice" was prompted by the horrific death of a family after one of them went into the ocean to save their dog, and when that person didn't come out, the next person went in to save him, and it went from there. 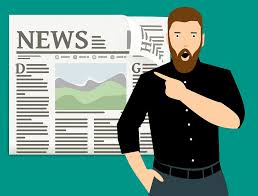 I have other published stories I could add to the sparked-by-the-news list, but since those events figure into story twists, I'm not going to mention them lest someone out there hasn't read those stories yet.

A side effect of admitting you used a real-life event as a story springboard is having people ask if everything in the story really happened. That's a big no. That's why it's called fiction. But just in case you're wondering:

I never tried to kill my fifth-grade teacher.

I never tried to get revenge on the person who found and kept the ring I lost at Sleuthfest (the fact that I don't know who it was is irrelevant, I assure you).

I never tried to kill the woman who was dating my father when he died.

I never tried to kill my boss (none of them, really).

Nothing in "A Family Matter" is based on real life except that clothesline incident (in case anyone has read the story and is wondering).

And I really was not an evil little girl, despite what that school librarian thought. But if you think otherwise, well, it might be best not to tell me. It's always better to be safe than sorry. After all, you wouldn't want to end up on the news, giving someone else a good story idea, would you?

If you want to read any of the stories I mentioned above, you can find them listed on my website, along with where they were published. Just click here. And in case you missed my last post, I had three stories published recently: "A Family Matter," discussed above, in the January/February AHMM; "That Poor Woman," a flash story in the January/February Ellery Queen's Mystery Magazine; and "Second Chance" in Mickey Finn: 21st Century Noir.

A few nights ago I was having a typically pointless dream -- something about listening to the Star Spangled Banner at a golf tournament, if you must know -- when suddenly things shifted and I had a story idea.  I mean I dreamed I had one, but also I really did.  And then the alarm went off.

I'm sure you have had the experience of percolating a brilliant idea in your sleep, only to see it vanish when you wake.  You may have also had that experience's more humbling twin: remembering the dazzling insight and realizing it was nothing of the kind.  One night in college I scrambled for a notebook at 3 AM and write down my lightbulb flash.  In the morning I found that notebook page and read, quote:

So far, I have not found a way to monetize that flash of genius.

But getting back to my recent experience, when the alarm went off I was still in possession of the story idea, and, to repeat, it really was a story idea.  Which meant that the clock was ticking. 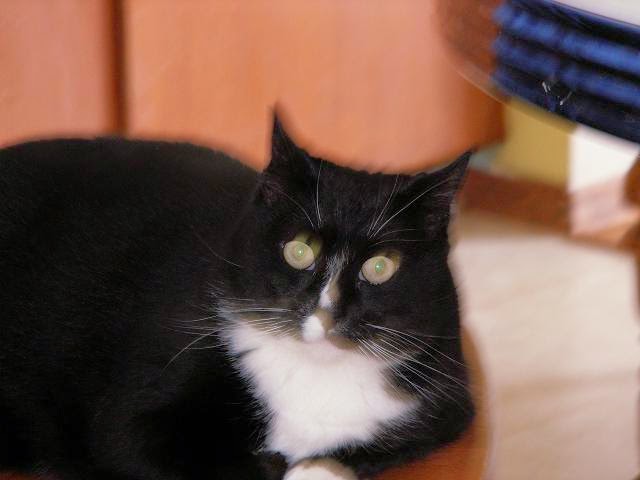 My memory is that R. Buckminster Fuller said: From the moment you have an idea you have seventeen minutes to do something with it.  If not, you lose it. I can't find those words on the Internet, so maybe I have it garbled, but I find it good advice anyway.

Write it down.  Hum it.  Tie a string around your finger.  Do something physical to get that elusive thought into a second part of your brain.  Seventeen minutes.  The clock is ticking.

My father, by the way, had his own way of dealing with this.  When he was at work and needed to remember something he would tear off a sliver of paper and put it in his shirt pocket.  When he got home he would find the scrap and remember why he had put it there.  I know that if I tried that I wouldn't even remember that there had been a reason.  "What the hell is this here for?" I would say before carefully dropping the reminder into the recycling bin. 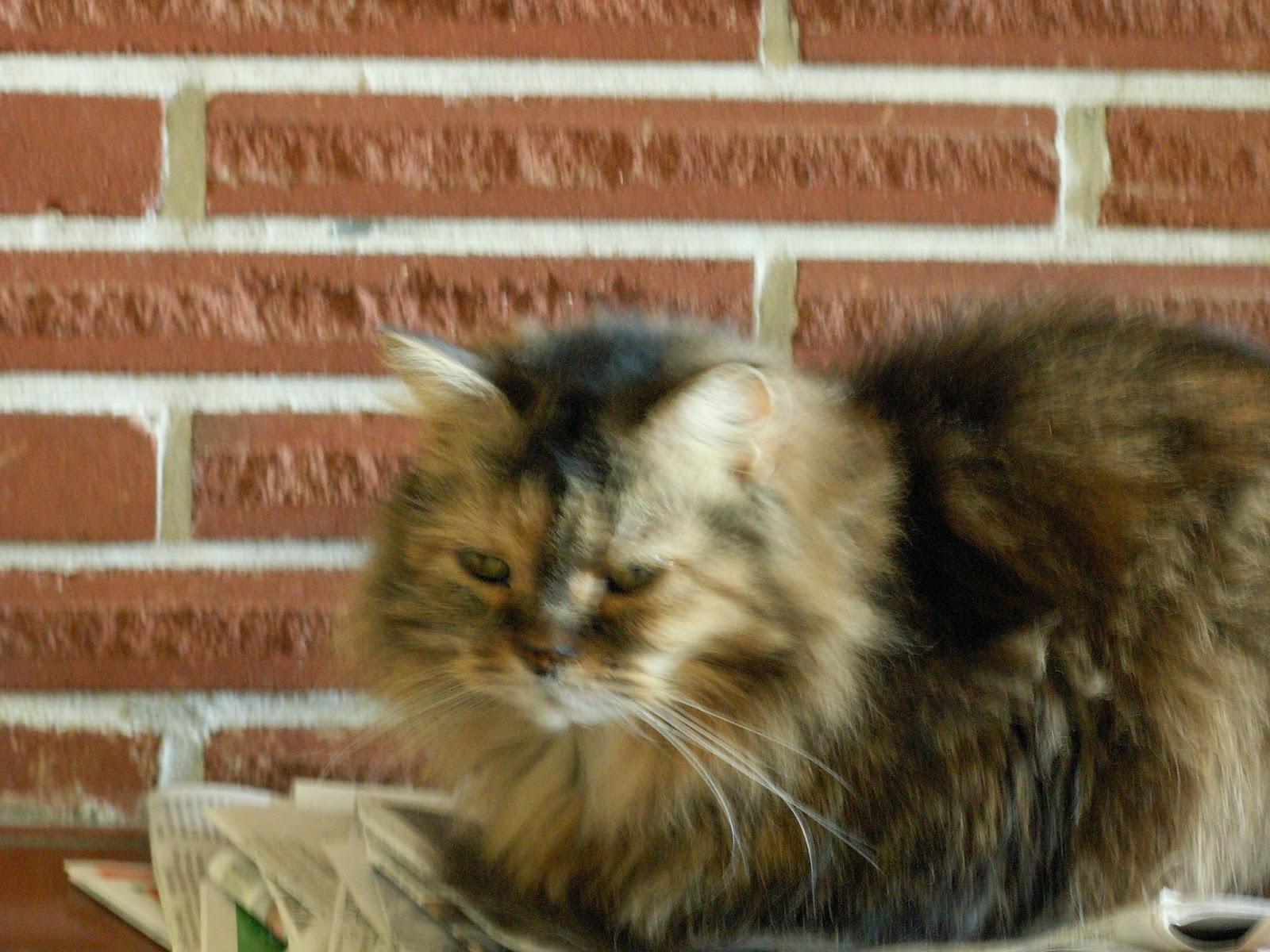 And speaking of remembering things, we were talking about my recent morning.  It would have been great if I could have turned on a light and written down my idea immediately, but my wife, long-suffering as she, would not have been pleased to have her last half-hour of sleep interrupted.  Besides, my audience was waiting for me.


You see, we have cats.  Six thousand of them.

All right, really there are just four.  I like to say that we have two pet cats and each of them has one pet cat.  Share the guilt.

But my first duty when I stagger out of bed is to fill two water bowls, one dry food bowl, and three wet food plates, scattered on two floors. 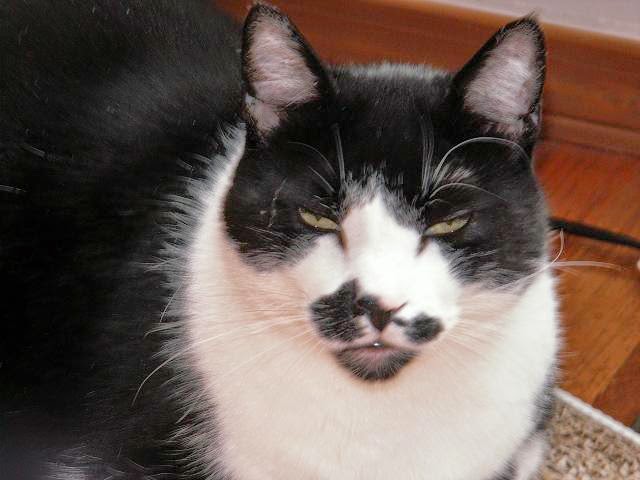 All the time I was opening cans and bags I was trying to keep my story idea front and center in my skull (fortunately feeding the beasts doesn't require a lot of intellectual activity).


When all the critters were temporarily sated I was at last able to sit down with a pen and notebook and write down what i had: the title, the premise and the last sentence.  Now all I need to do is grow a plot around those three points.  It may happen; it may not.  But by God, I didn't lose this one.

Have any stories about saving/losing ideas, especially in the early hours?  Put 'em in the comments.

Oh, from top to bottom: Jaffa with friend, Blackie, Chloe, and Charlie.

This is a Where Do You Get Your Ideas? post. Generally speaking, I think this is a dumb question, and demonstrates that somebody knows next to nothing about the actual process of writing. Ideas, in fact, are floating around in the zeitgeist, and we pluck them out of the air.

The movie critic Robert Warshow once famously remarked that there were only half a dozen basic plots to the Western. You might not entirely agree, but can tell where he's headed. The stranger rides into town, BAD DAY AT BLACK ROCK, say, and trouble follows. You can ring a lot of changes from that set-up, even if the conventions are pretty rigorous. In other words, it's not the what, where, or when that matters, but the how.


In this particular instance, I saw an article in my local newspaper, the Santa Fe NEW MEXICAN, about a cold case that had gotten new legs. Sixty years ago, a woman disappears. Everything points to murder. The cops like her husband for it, but they can't pin it on him. For openers, there's no body, and the guy doesn't crack, under interrogation. Some time later, he dies. End of story. Unsolved. Cut to the present day. All these years later, somebody else owns the house where these people lived, and they're remodeling the garage. Digging up the floor, they find human remains. Is it possible, using modern forensics, DNA from her kids, to identify Inez Garcia? Could you finally lay the crime to rest, and give the dead woman, and her family, both justice and closure?


It's not the case itself, so much, that caught my attention. It was the gap. Sixty years is a long time. And it occurred to me, what if you framed two parallel narrative lines, the original investigation, and the new one? I've already got the characters waiting in the wings. Benny Salvador, sheriff of Rio Arriba county, back in the day, and Pete Montoya, the New Mexico state cop, in the here and now. Pete could be looking at Benny's old notes, the murder book, the physical evidence, which might even point to a different suspect. That's as far as my thinking takes me, at this point. It's in my peripheral vision.

You probably see where I'm going. The newspaper article didn't give me an original idea. What it did was suggest a way to tell the story, which is half the battle. Not just P.O.V., but voice. A way in, and a way out. Something you can hang your hat on, a shape that casts a shadow.

Ideas are easy. Execution is hard.
Posted by David Edgerley Gates at 00:00 7 comments