A Lesson in Digression


by Fran Rizer
Recent events in my personal life have led to many kindnesses from relatives, friends, acquaintances, and even strangers.  Thinking about this made me consider kindness in literature.  As some of you know, great lines I find in reading tend to earn permanent homes in my digressive mind. 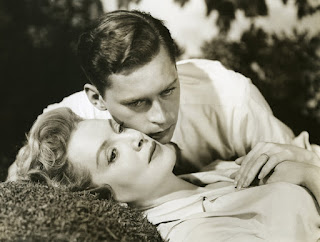 "Years from now, when you talk about this, and you will, be kind."  What a great line after an older woman restores a young  man's sense of masculinity by bedding down that virgin.  The closing line's been with me since I first read the play Tea and Sympathy while in seventh grade though not as assigned reading.

On the left is Deborah Kerr as Laura Reynolds (the older woman) and John Kerr as seventeen-year-old Tom Robinson Lee in the movie produced by Vincente Minnelli in 1956, an adaptation of the 1953 stage play by Robert Anderson.

The plot of Tea and Sympathy created an uproar in the uptight fifties since it dealt not only with an older woman seducing a teenager but included accusations of homosexuality.


During eighth grade, I discovered I could go into school, store my books in my locker, go out the back door, and catch the city bus to the Five Points Theater where they showed old movies of many of the plays I'd read and loved. I caught the city bus back to the school right before dismissal. I spent most of my high school time downtown watching movies at least two days a week.  I was only caught once.  When the principal pulled my records and saw I was a straight A student, he patted me on the hand and said, "Now, Francie, don't do that again." (Kinda like cases when the jury says "guilty," but a judge gives a ridiculously light sentence because it's the first time the defendant's been in trouble.)


I read plays by Eugene O'Neil. Anton Chekhov, Henrik Ibsen and others, (I confess I thought The Iceman Cometh was going to be off-color.) I still enjoy reading plays, but I was (and remain) especially fond of Tennessee Williams's work, and  my favorite Williams play was A Streetcar Named Desire. The movie had been out several years before I first saw it at the Five Points.

This one included rape and everyone's refusal to believe Blanche's accusations though they accepted the rumor that dismissal from her teaching position was because of sexual misconduct with a student. Blanche's last line, when the authorities come to take her to a mental institution because she "hallucinated" that her sister's husband raped her is,  "Whoever you are, I've always depended on the kindness of strangers."

Personally, I don't depend on the kindness of strangers, but I do appreciate them.


Are you, like me, wondering where I'm headed?  After all, most SS posts have something to do with mysteries or writing.  I seem to be digressing all over the place.

I began this blog thinking of kindness and could be headed toward something I learned long ago:
When it doesn't hurt anyone, sometimes it's better to be kind than right.

Both of the movies I mentioned dealt with older women seducing teenaged students--Laura, the coach's wife in Tea and Sympathy and Blanche who'd lost her teaching job for that offense before the action begins in A Streetcar Named Desire. Heaven knows we can't turn on the news these days without hearing about something similar, but as a retired teacher, this violation of professionalism and, in my opinion, decency, leads me to *&^*(*&^%$$# words, so I'm not going there.

I told you about skipping school and the principal's reaction.  Perhaps I was headed toward telling you my parents' reaction, which wasn't at all like the school's.

My mind is digressive. I've already warned you.  Having a digressive mind means that thoughts jump from one subject to another, frequently straying from the main subject.  In the extreme, it's not easy to even identify the main subject. 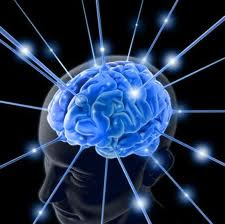 What were we talking about?  Reading plays.   How is that related to mystery or writing? Live drama and movies are entertaining, but reading plays is more beneficial to prose writers.  The structure of most plays is acts divided into scenes. Though the structure is there in performances, it's more obvious when a reader is looking at a print form.   Having trouble with plot sequence and pacing?  Think of your story as a three-act play.  It has a beginning, middle, and ending.  Scenes are the smaller parts of each act.  Thinking in those terms also helps in chapter division in longer works unless you're James Patterson.  I like his short, short chapters, an easy task because it's just making each scene a chapter. My last manuscript to my agent was "Pattersonesque."  It's only been a few days, and I'm eager to see his response.

Now, what else did I want to write?  Danged if I know, so I'll just say