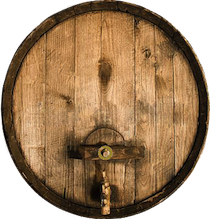 In the shadow of John’s popular article yesterday, I’ll add a small footnote about language misunderstandings.

I worked in Europe, mostly in France. I love the country and to clear up a misconception, the French are polite, very polite. Some Parisians may not tolerate fools gladly, but neither do New Yorkers, Londoners, or Romans. There, got that off my chest.

A gentle but all too true joke that goes around:

During my second or third major stint overseas, I traveled through France with a French colleague, Micheline. (If you read R.T. Lawton’s excellent short historical stories set in France, he consulted with Micheline on at least one occasion.)

One particular day after landing in Lyon, we checked into our respective hotel rooms. If you haven’t noticed (and I know you have), design is important to the French and this was reflected in the fancy bathroom fixtures. The sink didn’t display obvious faucet handles. It’s not uncommon to find taps with photoelectric eyes or motion sensors, but waving my hand under the spout did nothing.

I felt around and finally discovered hidden levers behind the faucet that turned on the water. Mystery solved.

Usually at a destination, we’d rent a car but in Lyon, another coworker, Max, picked us up. Max was possibly the scariest driver I’ve ever ridden with. My grasp of French hovered only a little above zero, so I rode in the back seat and tuned out Max and Micheline as they caught up on gossip and news. Suddenly Max would turn to me– turn his body 180° from watching the road– and chat.

I’d find myself screaming, “Truuuuck,” trying to remember the French word for huge-damn-transport-vehicle-rushing-at-us-oh-God-we’re-going-to-crash (camion). But all in all, Max was a charming host and we had a good time. Especially when…

Max and Micheline were talking and I tuned out of the conversation. Suddenly, Micheline turned to me.


“Leigh, when we get back to the hotel, I want to see your cock.”

As you might imagine, this happens frequently, but it was my first request in France.

“When we return to the hotel, I want you to show me your cock.”

The denseness of her American friend caused a shadow of doubt to cloud her face.

“Please, when we get back, show me your cock.”

She hadn’t even bought me dinner, but by now, we both realized something was wrong. Micheline handed me her pocket French-English dictionary opened to the entry “robinet”. 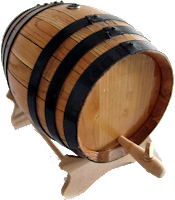 I pieced together what happened. As Micheline chatted with Max, she mentioned not figuring out how to operate the water tap in her room… she couldn’t find the handles. Max suggested she ask me, so she looked up the French robinet in her dictionary, which showed cock and spigot (but oddly not faucet, a French derivative). She chose the easier to pronounce and, well, you heard the conversation.

Afterwards, as folks say on the internet, hilarity ensued.