Discoveries in Dallas and Tulsa

[A quick writer's note. Last month I missed my blog post by a week. It had nothing to do with Rob or Leigh not letting us know our dates, I just blew it thinking I had another week to write. So here is what should have appeared on November 18 had I paid more attention.]

On Halloween Eve, I traveled east to Dallas for Bouchercon, the world’s largest Mystery Fan Convention. John Floyd has already covered some of the highlights and Michael Bracken covered a bit of the controversy that occurred at the Shamus Awards. I thought about asking friends about unintentional, hurtful comments they’ve received over the years and what would the best response/course of action for the offender once they realize/learn about their faux pas. But I am not organized enough to pull this off this week.


So I think I’ll write about a few other things I did on the trip. On Sunday after the conference, I went with friend and fellow short story writer Eleanor Cawood Jones to the Texas School Book Depository. It is the location where Lee Harvey Oswald shot John F. Kennedy from a window six stories up. The museum is a moving experience both emotionally and literally. Patrons are given headphones and walk through different stations starting with Kennedy’s run for office, the politics of the day including the Cold War, Civil Rights, and the Space Race along with the love and hate Texans felt for Kennedy.


The next third documents the long fateful journey the Kennedys took after they arrived at Dallas-Love airport. Some parts in agonizing detail since everybody knows what will happen.

The pièce de résistance is the view onto Elm Street from the sixth floor where Kennedy’s Continental drove by. Two “X”s on the street mark the spots where three bullets either hit Kennedy or the car. 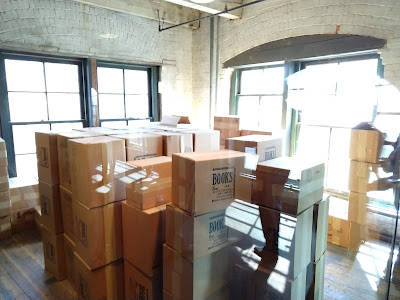 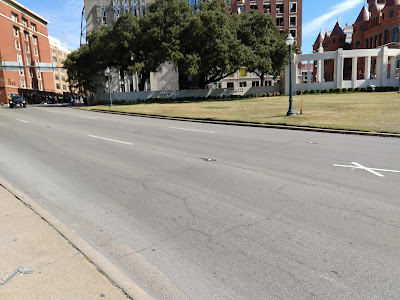 Seeing it person made me realize that it was not impossible for Oswald to have fired both fatal shots alone. He had the training and a rifle with a scope.


I’m still not dismissing the grassy knoll, completely, but it is possible that Oswald did it all by himself. Regarding the magic bullet that Kevin Costner touted in JFK, I remember reading/listening to a couple of historical books last year for research on an unfinished western. One was about Bat Masterson and Wyatt Earp in Dodge City. Many gunfights were documented and in them bullets radical turns inside bodies. I want to say one gunslinger or lawman took lead to their shoulder and the bullet exited their crotch or lodged into a hip.


The final third of the museum is about the Warren report, conspiracy theories, and Kennedy's legacy. I had to wrap up this final sections a little early as I had a plane to catch. The museum surprised me with the comprehensive look at Kennedy and the assassination. It also left me emotionally exhausted as well.


I left Dallas to go up to Tulsa, my hometown, to visit my family.


While there, I stopped by the Woody Guthrie Museum. It’s a must for any fan of folk music and also a great introduction for those who don’t know much about the devastation of the dustbowl. The museum has an immersive virtual reality experience where a person gets to sit on a front porch and live through a dust storm. 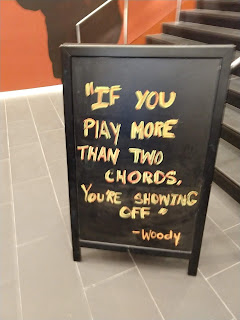 Other exhibits included short documentaries of Woody, some of the instruments he played, listening booths, many Guthrie drawings, and handwritten manuscripts of song lyrics either recorded or not recorded. While the museum is not that big, there is a lot to read and listen too. In one instance, I took a photo of handwritten lyrics but did not read them until last week. Here is the photo:

Do you recognize a familiar name the scribbled words?


Here are the lyrics:


Across Beach Haven’s grass
I see my brethrens pass;
They try to hide their misery
Behind that window glass!
We all are crazy tools
As long as race hate rules!
No, no, no! Old Man Trump!
Old Beach Haven ain’t my home!

When I read the lyrics at home my eyes nearly bugged out. I thought I was reading something wrong. But apparently in the 1950s, Woody was a tenant of the Beech Haven apartments owned by Fred Trump. Yes, that Trump, the president’s father. “Old Man Trump” was not allowing blacks to rent his apartments and Woody, being an egalitarian, saw this for what it was, racist and wrong. I don’t remember that page being labeled as an anti-Trump song behind the glass. And I guess I can see why considering 65.3% the state voted for #45. It looks like it’s up for the visitors to read for themselves. Here is a youtube video of folksinger singing the song. https://www.youtube.com/watch?v=T-j1xreeaFE


As much as I’d like to comment further, I’ll refrain. Below are the lyrics to Woody's most popular song, "This Land Is Your Land." 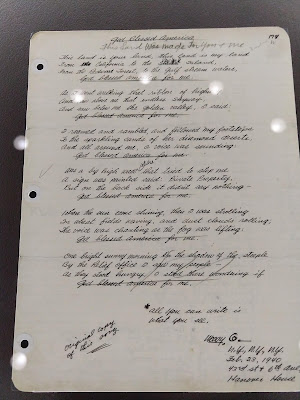 In summary, I had a few surprising experiences on my trip that I hadn't expected. Also, if you happen to be in Tulsa, I’d also recommend the Gathering Place. It's a privately funded, multi-million park that is open to the public and lives up to the hype. Have you unexpected revelations during a trip? 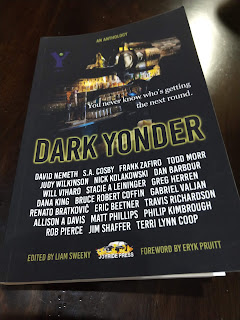 
Posted by Travis Richardson at 00:00 5 comments