Next week, my husband and I are moving from small town South Dakota to Sioux Falls, South Dakota - which to many people is still small town South Dakota.  (Sioux Falls is South Dakota's largest city, with a population of under 200,000.)  We're moving for many reasons:  the Alternatives to Violence Project (AVP) work we do at the pen; doctors (we're getting older and frailer); amenities (restaurants, shopping, etc.); cultural events (of all kinds!), etc.  And we already have a network of friends, coworkers, and acquaintances in Sioux Falls.  And we found a real gem of a house, a vintage Craftsman, that I call the "Goldilocks house", because it's not too big, not too small, but just right for the two of us.  Amazing!  (Will post pictures later.)

So excited, exhilarated, exhausted.  Also sad and bittersweet.  We've lived in the old town for almost 27 years, so of course we're going to miss a whole lot of stuff.
And there are all the differences of small town living.  Some of my favorite stories are:

When we first moved up here, we rented for the first year, and then went house hunting. There weren't that many houses for sale, so I think we saw all of them.  (In the same way, we visited every church in town.)  When we finally did buy - a huge two-story box a block and a half from campus - after the closing, I went down to City Hall to change the utilities over.  The lady at City Hall said, "Oh, we already took care of that.  It's all in your name now."  They're not going to do that in Sioux Falls.  (We lived in that house for 22 years...) 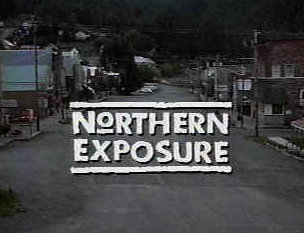 The local radio station used to broadcast out onto Main Street, so that as you walked around downtown, you could hear the news, weather, music, and the ever-important "locals".  One day I was walking to work and heard that I was going to be interviewed later that day...  This kind of thing was one of the reasons that, back then, I used to tell everyone back East that I lived in the South Dakota equivalent of Cicely, Alaska (of Northern Exposure for those of you who weren't fans.)  They all thought that was pretty cool.

Pharmaceutical shock:  The first time I walked into the local drug store and saw that they had needles for sale to anyone who wanted them I about freaked out.  Then I realized they were for diabetics, and it hadn't occurred to anyone that addicts might want them. Another time, I had to have my wisdom teeth surgically removed, and the pain prescription wasn't going to be ready for another hour.  But Allan had to teach all day, so I called a friend and asked if she could pick me up and take me to the drug store, because the pain was pretty bad?  Fifteen minutes later her husband knocked on the door with my prescription, and told me to write him a check later. It was so sweet of him, but what stunned me was that the pharmacist had given pain meds to someone else to deliver to me...  (In case you can't tell, I was used to big city living - LA and Atlanta - where you show up in person with some serious ID.)

When I first moved up here I was 36 years old, with long black hair down to my waist.  After a couple of years of dealing with prairie winds - either I kept my hair tied back, pinned up, or got whipped almost to death by it - I cut it short.  One of my best friends came up for my 40th birthday, and as I gave her the walking tour, in almost every shop someone came up and said, "Oh, Eve, let me look at your new haircut!"  After about the third or fourth time, Lora stopped on the sidewalk and asked, "Are you telling me that people don't have anything better to do in this town than talk about your hair?"  Pretty much, yep.

The truth is, ANY change in a small town will generate days, if not weeks, sometimes months and even YEARS of talk.  My hair got a couple of days.  But people still talk about when the old hotel downtown burned down, and they still give directions according to buildings that are no longer there. (I have always been grateful that I moved up here BEFORE the Franklin School was torn down, because that way when someone says I need to turn right after the old Franklin School, I know where that is.)

Caring: small towns pull together, show up, bring food, and send cards.  I can't tell you the number of fundraisers that are held in a small town, most of which involve food:  pork loin feeds, pancake feeds, soup suppers, etc.  They're held for cancer patients, accident victims, hospital bills, medical bills, funeral bills, you name it.  And people show up, pay a generous free will donation, and eat heartily. And no death is ever ignored.  When my mother died, I got cards from practically everyone in town, even though no one had ever met her.  When we moved Allan's mother up here, she quickly became part of the community (she was the biggest social butterfly you could ever meet).  Sadly, she lived less than a year after the move (pancreatic cancer), but her church, prayer, and exercise groups called and visited, and at her South Dakota memorial service, over 200 people showed up.

The web.  You sit in a small town cafe, or church supper, or anywhere, and you hear stories.  Families are traced backwards and forwards.  Where they came from, where they lived, where they're buried, where the children / grandchildren / great-grandchildren moved to and what they're doing now.  Who married whom?  Where did they work?  Some stories are repeated with great relish:  You remember the folks that used to live in that big house on the corner:  they separated, and she got the house, but he came back every year to check up on the kids, and every year, nine months later, she had another baby.  Never divorced...  Others - of violence and abuse, or heartbreaking sorrow - are spoken of in hushed voices.  It's endlessly fascinating.  Especially since my family isn't in the mix.  Because the downside of a small town is that they never forget, and all the sins of the fathers are remembered unto the fourth and fifth generation.  This is one of the reasons why people move away from small towns. Small towns never forget.  Allow me to repeat that.  Small towns never forget.

I've enjoyed living in a small town; and I know there are times when I will really miss it.  But it's only an hour's drive away from Sioux Falls, and, as I said, Sioux Falls isn't that large a city.  I will continue to see my friends, and they now have another reason to come to Sioux Falls.  Thank God I live in the age of automobiles and interstates, instead of the days of buggies and dirt roads! And I will continue to write stories set in Laskin, South Dakota, with Grant Tripp and Linda Thompson and Matt Stark.  But who knows?  Some new characters, new settings may be coming into the mix.  I'll keep you posted!