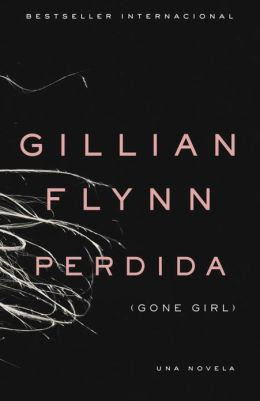 Many months after the film's release, my library finally came through with a copy of Gone Girl three years after the book came out. Now this isn’t a review, this isn’t an erudite analysis, but it’s a commentary and defense of sorts of Gillian Flynn's tour de force, one of the smartest of crime novels, touched upon by Dale Andrews when the tale hit the bestseller list. It’s also one of the most meticulously plotted stories I’ve encountered.

Melodie Campbell mentioned to me some reviewers were warning readers off the book, saying it had no sympathetic characters. After our conversation, I looked up reviews and many readers complained they hated the characters. Like reviewer Sheila DeChantal, some more subtly said their positions softened toward Nick. They became more forgiving when it became clear his wife was incapable of love and Nick became susceptible to a warm outreach and a soft place to fall, not that it justified tumbling into an affair however unsolicited. That affair ruined Nick in the eyes of many and spoiled the reading experience, no matter how essential it was to the plot.

I know what they’re saying– I want characters I can empathize with. I’ve been listening to old-time radio broadcasts from the 1940s-1950s of a popular program called Suspense. Often the narrator is a bad guy, conniving, weak, or doomed in some way, and after daily listening over many weeks, I found a diet of that viewpoint disheartening and depressing.

But I disagree with the negative assessments of Gone Girl for a number of reasons, not least that the author cleverly manipulates our feelings. Although Margo, Nick’s loyal sister is admirable in her own way, I most liked Detective Rhonda Boney. The detective is not only open to an alternate hypothesis regarding Nick, she’s the one person not fooled by Amy’s machinations. (To be fair, one reviewer complained sidekick Gilpin's sole purpose was to make Boney look good.)

I think of Amy as a Hannibal Lector of the mind, a psychological cannibal who preys on the trust of others. The book makes that even clearer than the movie– Amy will go to any length to punish those who offend her in the least way, to teach them ‘lessons’. To bring home the point, the novel includes an unfilmed scene where Amy throws herself down a stairway to implicate a girl who displeased her. Amy is a pure sociopath; others exist only to fulfill her wants.

Readers shouldn’t miss the irony of Amy’s parents using make-believe packaging of their precious daughter in their children’s books, Amy is neither their fictional character nor who they think she is. Amy is adept at molding her personality to exploit others. While pretending to embrace the little compromises that make up all relationships, we learn that Amy disdains and despises petty accommodation.

Another feat of the author is how well she wrote from a male point of view. I found only one quibble where my suspension of disbelief wobbled– I didn’t know what a Tretorn was and question how many men would know. But as I said, that’s a mere quibble in a virtually perfect characterization where a masculine viewpoint has to be spot-on. The author gives credit for the male PoV to her husband and others, but ultimately she was the one who assimilated it and made it work.

Another aspect Author Flynn pegged perfectly was the warning Detective Boney gave Nick that some predatory women would come out of the woodwork to ‘console’ him. The writer perfectly understood the type of ghoul, the kind who read the obituaries looking for that next relationship.

The film tracks amazingly close to the book’s story line, although the novel’s ending is subtly different and I, for one, retained the impression that Nick might well be a match for Amy in multiple senses. He’s the one person who truly understands his wife.

The novel contains only one scene I couldn’t recall in the movie, but in one place, the film outdoes the book, where Flynn pulled her punches but the director didn’t. I’m not one who cares for gore, yet Desi Collings’ final scene, glossed over in the novel, will shock movie goers in a way the printed page does not.

It’s worth noting in the novel, the lovelorn Gatsby-like character of Collings is more emphasized and we don’t feel quite so sad for him as we might in the film. Collings’ mother… I can’t quite decide if I vaguely like her or am frightened by her. Again, she’s a well-drawn character.

Without the least bit of author intrusion, it’s obvious Gillian Flynn is well-read and well-educated. She mentions a number of literary works: Twain, Bradbury, O. Henry, O’Neill, Sarte, Lincoln. In the guise of Nick’s character, she also presents several movie and pop culture references, plus she educates the reader about Punch and Judy.

(I attended a wedding in France where the families set up entertainment for children in a barn, which included a Punch and Judy show. I thought that charming!)

Beyond the readers who dissed the movie for lack of a likable personality, some sought to understand the various characters. One or two suggested that forgiveness is at the core of a loving relationship, the one thing Amy was incapable of, despite her professing to forgive Nick.

One reader suggested the sequel should be titled Run, Nick, Run. 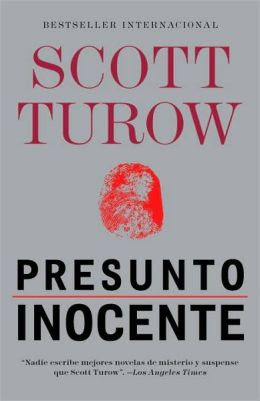 I highly regard Gone Girl for the brilliant way the author laid down clues. It favorably compares with Scott Turow’s Presumed Innocent, one of the best modern mysteries.

It occurs to me they have a lot in common, though Presumed Innocent is a clever fair-play mystery and Gone Girl is different, more a howdunit than a whodunit. Both feature wives who set out to punish husbands who strayed. Not just any wives, but brilliant, unscrupulous perpetrators willing to go to great lengths to prove their point. These are not women squeamish about biological byproducts nor the taboo of killing. The word ‘scheming’ seems a loaded word in this context, but my emphasis is on the painstaking planning in these crimes, where no step can be considered too small or too large.

My description of a Hannibal Lector devourer of thoughts and emotions may not change the mind of anyone dead set against reading the novel, but Gone Girl exemplifies outstandingly detailed plotting. I highly recommend it to other mystery writers and readers as well.

Ruth Rendell, one of my favorite authors of mystery classics, died yesterday.

I’ve enjoyed her books but I'll never forget one story about the lady. In her early career, she worked as a reporter for a county newspaper in southeastern England writing up less than scintillating topics. She managed to get herself fired by failing to do two critical things: (1) failing to attend a club dinner she was reporting on and (2) failing to mention the dinner speaker died during his speech.

Blessed be Ruth Rendell.
Posted by Leigh Lundin at 00:00 6 comments