Possession of a Live Fur-Bearer and other Misdemeanors

It's New Year's Day and Eve's feeling a little fragile.  She's got a cold, or at least that's what she says. Anyway, she made me promise to keep this light - "None of those sad stories you tell late at night at the Norseman's, Grant!"  So I thought I'd share some of the more ridiculous City/County Ordinances of our locale.  I'm not kidding.  I read through the booklet - and I highly recommend you read through your local city/county ordinance booklet some time - and I discovered that we have all, alone and with others, been breaking ordinances left and right. Stuff that, frankly, I've never paid any attention to. For example, let's take the Davison boys out for a little hunting one winter's day.  They have no idea that they have not only "Exceeded Maximum Size Hunt Party", but also exceeded how many people an old junker pick-up truck can hold.  (You can't see Uncle Ole, because he's passed out in the flat bed.)  That little day trip could cost them a fortune in fines. There's the "Unnecessary Parking on a Rural Road", which happens all the time.  For one thing, there are no porta-potties in cornfields, and for another, it's a ritual to get out, stamp feet, mutter about how BLEEPING cold it is, and get back in the car. This, of course, violates the obscenity laws, but if we start counting those, we'll all be paying fines left and right.  And we're not even going to get into alcohol-related violations...

But what really makes the Davison hunting trip so unusual is that they are in "Possession of a Live Furbearer", because of Uncle Ole passed out in the back.  He's the one who had the "Gun Protruding from Vehicle", although he didn't shoot off anything but his mouth.  And it was ridiculous for John Davison to screech the truck to a halt, "Claiming a Nonexistent Emergency", because he's known Uncle Ole too long for him to count as an emergency any longer, no matter what he ate for lunch. 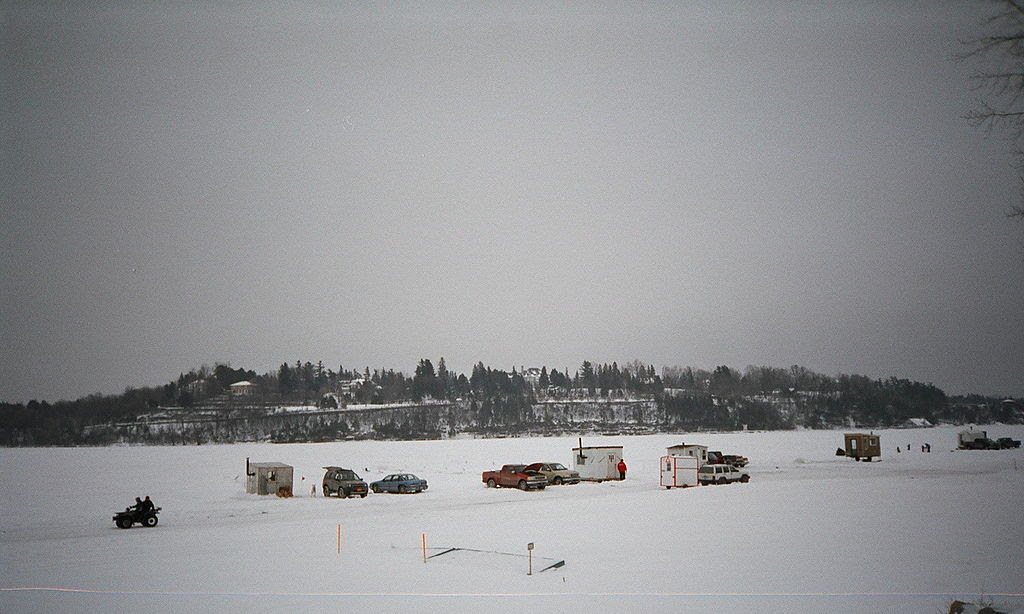 Want more examples?  How about the ice fishermen who do "Exhibition Driving in Parks"?  What else do you call it when they do wheelies on ice?  In a pick-up?  And then break through?  If that isn't an exhibition, I don't know what is.  I know someone who managed to hit his brother in the rear end with a BB gun when they were kids.  Since his brother was in a tree at the time, this was a clear case of violating the ordinance against "Shooting a Turkey in a Tree."  But while I have heard of people "Hunting from a Motor Vehicle", I have yet to hear of anyone "Hunting from a Motorcycle", or "Hunting from Aircraft".  I'm luckier than I thought...

Some of the ordinances are violated every day.  No one thinks of violating the law when engaging in "Weed Removal".  Half the people in this town - any town - are going to jail for violating "3 Adult Cats Within City Limits".  And since when are "People in Back of Travel Trailer" breaking the law?  I thought that was the idea.  And if "Overweight" is a crime, we are all in trouble, especially this time of the year when an extra caramel roll is simply ballast so you don't end up in the next county when you slip on the ice.

Naturally, some ordinances I agree with.  I think that "Moving Buildings" should be illegal, especially late at night outside of the Norseman's Bar.  And not only is "Clinging to a Car Roof" dangerous, but it can easily lead to "Alighting from Vehicle", "Making an Unreasonable Noise", and, eventually, "Wheelchair to Motor Vehicle."  But personally, I think an "Insecure Vehicle" is more a problem for a therapist than the police. 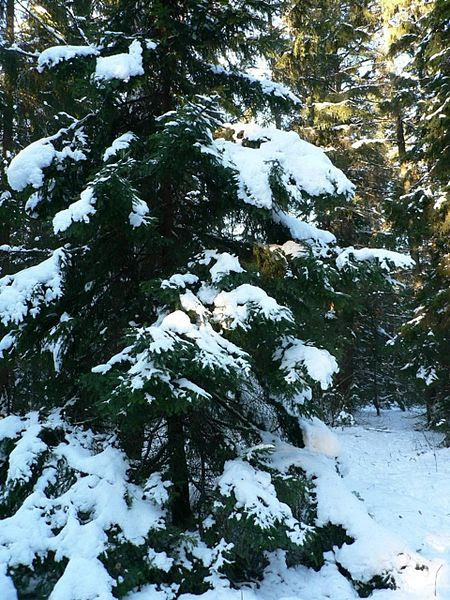 But the ordinance that really got my attention was "Unlawful Entering Cemetery with Fir."  Now let me get this straight.  If someone walks into a cemetery to plant a small pine tree near a dear departed's headstone, I'm supposed to go and arrest them?  And what makes a fir tree more illegal than, say, a hickory or a cottonwood?  I asked my friend Linda Thompson, Laskin Clerk of Courts, about that one and she told me that they didn't have enough room in the abbreviation for the word "firearm."  I don't believe that for a minute.  I'll bet you that some lawmaker, years ago, was nearly smothered in an avalanche when a big blue spruce let loose on him. Intimidated and out for revenge, he crafted the ordinance exactly as it reads.  "You've got 24 hours to get out of town, and take that fir with you!"

Bet you've never heard of Smith's Law. Well, don't fret. I'm sure you've heard of Murphy's Law? Well, my late husband, Elmer Grape used to claim that Murphy was an optimist. That whatever did go wrong was going to get worse.

So I had my internet tech out last week & got my desktop back online and then sorta got the laptop going also.  Well, it was working; it just takes thirty minutes plus to load. Since computers were working I delayed buying a new laptop. And today is when Murphy's Law kicked in. Things got worse.

This afternoon while trying to get my article written and posted, I cannot get online with either computer. The desktop is totally hopeless. I managed to get online with laptop but after 40 minutes of the cursor spinning it just would NOT open the sleuthsayer website.  So I'm writing this on my phone. Thank goodness I bought a styles thingy last week. I can't  imagine trying to type this much with a fingertip.

And so things won't be a total crying towel, pitiful Patty, I'll give you an idea of what my original article was about.  I've had people say that my policewoman sounds exactly like me. Or that this character or that character is Aunt Whosit or Uncle What's his name. In reality none of that is so. The characters I make up are just that "made up."

If Zoe Barrow sounds like me...it's probably because you give her a Texas accent because I'm from Texas.  Like most writers say, there's a little bit of me in several of my characters. But Zoe is younger, thinner, prettier and braver than me. (I got that one from Sue Grafton about comparing Kinsey to her.)

However, I take bits and pieces of people I know or see to compose a character. I've gone to a mall to people watch. To note gestures, walks, body language.   You may take a trait of Aunt Whosit and marry it with Cousin Whom.  When you do that you do need to be careful they don't recognize themselves. A friend once said she made her mother-in-law into a yippy dog but the MIL never caught it.

Characters are fun to create. But don't just give a list.of hair and eye color. Give us something to their makeup as a person. Thats when characters come to life.

I think this is about all I can type this way . So until next time watch out for Murphy.