In a shameless attempt to win a vacation, I filled out a survey the other day about past vacations.  It asked - among an endless list of things - for a memorable sight, restaurant, etc., from various cities that my husband and I have been lucky enough to seen.  And I decided to share some of them with you.

Athens, Greece.  We were given a tip by a cousin to stay at the Herodion Hotel in Athens (http://www.herodion.gr/).  If you ever go, stay there.  Well-run, surprisingly quiet, and three wonderful advantages:
(1)  It's right around the corner from the Acropolis Museum.
(2)  It has a rooftop restaurant with a view to die for.
(3)  Every room (or at least ours did) has a balcony from which you can see the Acropolis. At night, with the Parthenon lit up, an appropriate beverage, the warm air...  you never want to go back inside...
Movie Tip:  (none of these are specifically in Athens, but...)  Mediterraneo; Zorba the Greek; A Touch of Spice
Mystery Tip:  Anne Zouroudi's Hermes Diaktoros mysteries; also quite a few Mary Stewart's (old, but well-written)

Florence, Italy.  We went there on a guided tour, and I'm not giving names because I don't want to get sued. We were NOT happy, because they ran our feet off, didn't listen to any suggestions (like can we stop to get a bottle of water or use the toilet), and basically didn't know as much as we did about Italian art.  Sigh. Anyway, of course they took us to see Michaelangelo's David, giving us a full hour or so to appreciate the masterpiece.  I was satisfied in about 10 minutes (so I'm a Philistine), and I went wandering around the rest of the museum (Galleria dell'Accademia), and right around the corner was a wonderful room that was full of discarded Madonna altarpieces:

I mean, all four walls were covered in these, stacked seven high, heavy beaten gold, with blue-robed Madonnas with heavy-lidded eyes...  And yes, discarded altarpieces - because in Italy, as the Renaissance came in, you wanted something a lot more modern than these hypnotic, incense-laden half-domes of gold...
Movie Tip:  "Obsession"; "A Room with a View"
Mystery Tip:  Giulio Leoni - The Mosaic Crimes starring Dante Alighieri as sleuth 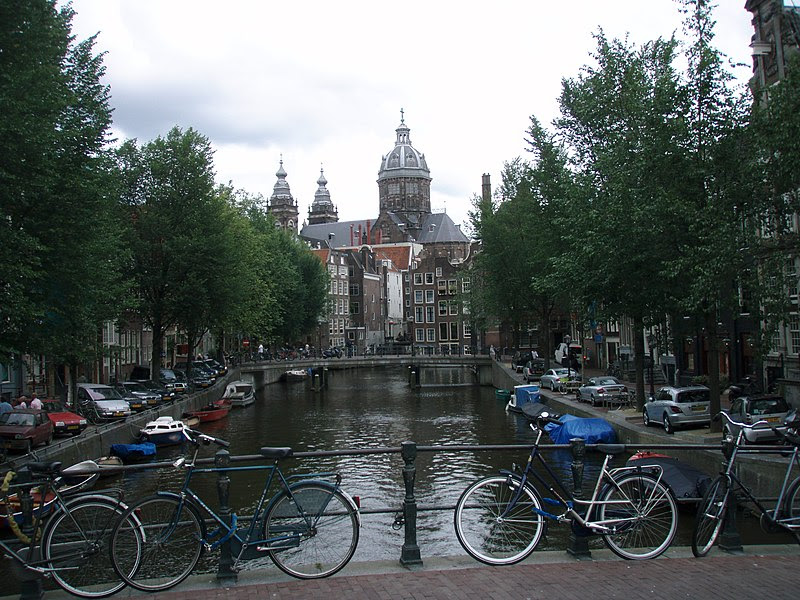 Amsterdam, the Netherlands.  Besides canals, bicycles, the Rembrandthuis, the Van Gogh Museum, the Rijksmuseum, etc., there is also my favorite activity in any foreign city, eating.  I always try to find an obscure one where locals eat, and one night in Amsterdam we lucked out:  a restaurant which was chockful of elderly patrons, eating and talking.  We sat next to a table of eight little old ladies who were gossiping over their wine and lamb with huge whoops of laughter.  I don't remember where it was - but we loved it.  The lamb was very good, too.
Movie Tip:  "The Girl with the Pearl Earring"
Mystery Tip:  Jansillem van de Wetering, the Henk Grijpstra and Rinus de Gier mysteries.

Venice.  I fell for Venice the way a teenaged girl falls for that sexy older man who everyone knows is wrong for her.  Including her.  But it doesn't matter:  the look, the voice, the touch, everything is intoxicating.  I still feel that way. Riding the vaporettos to Murano and Burano, not to mention San Michele (I like old cemeteries); eating spaghetti a vongole and minestrone every chance I got; chamomile tea on a rainy afternoon, overlooking the canals; the smell of the place, the feel of the place, the light, oh, the light...  Give me half a chance, and I'm going back there, and staying as long as my pension will allow. 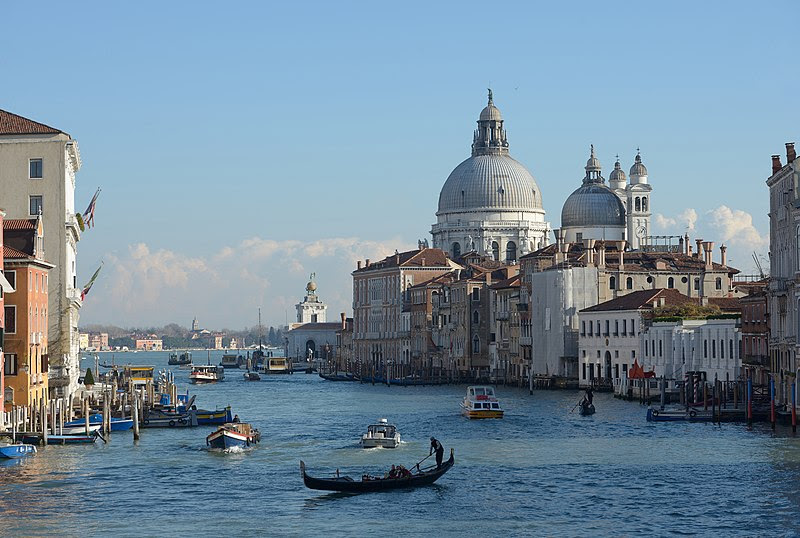 Well, there's a start.  Now, if only that survey will send me back to one of these places...