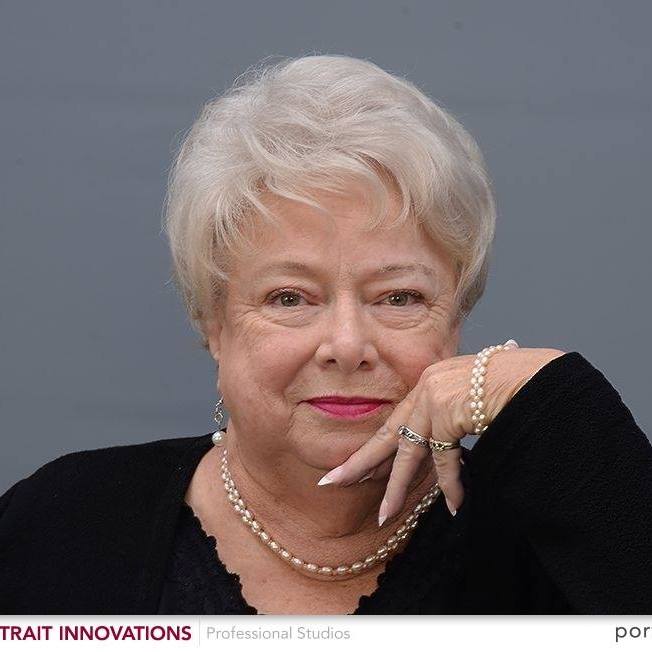 
I wasn't standing on the corner. Instead, I sat in the back of a Columbia, South Carolina, Barnes & Noble in a writers' group known by the somewhat warped name, Twisted Scribes (which was an accurate description for some of us). Not particularly interested, my mind replayed those opening lines to the old song "Stagger Lee" and wandered to that bright moon outside, the falling leaves, and the crisp premature bite of frost in the air. I glanced toward the front of the building, and my eyes settled on a young woman sitting at a card table near the door, a stack of mass market paperbacks by her side.

Barnes & Noble was practically empty that night ten years ago. (Gee, I could have opened this with Ten years ago, on a cold, dark night from "Long Black Veil.") Perhaps the sudden autumn cold snap kept people at home, but the Twisted Scribes, B&N employees, and that lady at the signing table were the only ones in the store. When the meeting finally ended, I stopped by and bought a book. I thought I was doing her a favor. After all, the place was virtually empty. Little did I know who would be giving and who would be receiving favors.

The writer was Gwen Hunter, who became my mentor in all things writing. I also learned a lot of other things from her. Examples: Reaching out (verbally, not physically) to passers-by at book signings, presenting a small gift with each book purchased (I've given away hundreds, maybe a thousand, Moon Pies), and sharing information individually as well as in groups. While attending several workshops, long before the expression became popular, I watched Gwen Hunter pay it forward repeatedly.

Skip a few years during which mystery-writer Gwen Hunter became Faith Hunter, New York Times Best-Seller author of urban fantasy including the Jane Yellowrock series. While not climbing anywhere nearly so high on the literary mountain as Hunter has, I signed with an agent, and my tenth book, the eighth Callie Parrish mystery, is scheduled for publication in September, 2016.

(Note to Dixon: In Callie's seventh book, Hickory Dickory Dock, MURDER IS ON THE CLOCK, released in November, 2015 and nominated for the SIBA Pat Conroy Mystery Award for 2016, Callie did exactly what you suggested in a previous review, but she did close the door before doing it.)

Through the years, I've tried to follow Faith Hunter's example by helping other aspiring writers in whatever way possible. Three years ago, Richard D. Laudenslager and I met through a mutual friend while working on a ghost anthology for South Carolina Screams Project. I was immediately struck with Laudenslager's talent, perseverance, and eagerness to learn more about the craft though he had a way with words, a wealth of ideas, and was a great detail man--a first reader who spotted discrepancies with unbelievable accuracy and speed. A mentor/mentee relationship formed and, as had happened with Hunter and me, it developed into friendship as well.

Laudenslager was writing Wounded, a political thriller, and I had completed KUDZU RIVER-A Novel of Abuse, Murder, and Retribution (which is as different from my previously published Callie Parrish mysteries as a shark is from a guppy) and begun True Haunting of Julie Bates. Our weekly lunches became less mentorish and more just two writers discussing current projects, trends in the publishing world, and what we planned to do next. Meanwhile, the editor and publisher of the Screams anthology changed the concept of that book before contracts were issued.

I withdrew from South Carolina Screams Project even though I had been half of the founding partnership. I also notified the writers I had personally invited to submit stories that I was no longer associated with the group or the book. Meanwhile, back at the ranch … (only kidding, it was back at B&N and other signing locations), Laudenslager began assisting me. Somewhere along that road, we tossed around the idea of publishing a collection of ghost stories written by the two of us. We pitched the idea to Darren Foster at Odyssey South Publishing. He jumped on it.

Laudenslager and I had reached approximately two-hundred book pages when he suggested, "What if we include a couple of the stories from writers who withdrew because you resigned from Screams?"

I loved the idea. Foster was agreeable to it so long as we didn't involve anyone who had signed a contract with South Carolina Screams Project or that publisher. Southern Screams and Ruins became an anthology with three parts: one-third is "Into the Swamp" by Richard D. Laudenslager; next third is "Through the Swamp" by Fran Rizer; and the final part is "Out of the Swamp" containing one story each by L. Michelle Cox, Jenifer Boone Lybrand, Nathan R. Rizer, J. Michael Shell, Robert D. Simkins, and Two Ravens. (Yes, Nathan R. Rizer is my older son. Two Ravens is pen name for a husband and wife writing team. The wife is a large part of the inspiration for Jane Baker in the Callie Parrish books.)

I learned to pay it forward from Gwen Hunter/Faith Hunter, mystery/fantasy author. The idea is to assist others with no thought of personal gain, but paying it forward benefited me, leading to a new book and into yet another genre. (What can I say? Just call me Fickle Fran). It also resulted in Laudenslager helping me as much or more than I do him. In addition to keen insight into plotting and discrepancies, he's a whiz with all things electronic while I still treat my computer as a glorified typewriter with an automatic eraser.

And that, my SleuthSayer friends, is how Fran Rizer and Richard D. Laudenslager became collaborators resulting in Southern Swamps and Ruins, which was published by Odyssey South and released March 1, 2016. Please don't think I'm preaching. (My sons are laughing at the very thought of that.) I just want you to know that paying it forward can be more than picking up the tab for the quarter-pounder ordered by the person next in line. Sometimes it boomerangs–leading to good things for everyone.


Special thanks to Art Taylor for allowing me to use his spot today. That's another form of paying it forward.

And until we meet again … please take care of YOU.
Posted by Fran Rizer at 00:01 11 comments

My Friend Gwen (AKA Gary, AKA Faith)

A couple of posts ago, I expounded on pen names with primary emphasis on pseudonyms themselves.  Just as interesting as the fictitious names used by some writers of fiction is the WHY of the pseudonyms.

In Victorian times, females wrote under male names because of ideas about appropriate activities for women. More recently, Jeanne Rowling published under J. K. Rowling because her editor thought boys would be more likely to read books they thought were written by a man. Stephen King published under a pen name because he wrote too quickly for his publisher's concept of how often he should be published. Why has the blonde author pictured to the right been published under three different names?  I'm going to tell you, but first, the backstory.

A few years ago, I was leaving B&N one evening when I noticed a well-dressed lady sitting at a small table with books stacked on it.  Being my usual nosy self, I stopped to talk with her, and since her books were paperback, I bought a couple.  At that time, she was signing books in her Rhea Lynch series published by Mira Books.  I learned later that she'd already had a number of mystery/thrillers published both in the USA and abroad.  Her name was Gwen Hunter.

The story of how  Gwen first published mysteries sounds like a fairy tale. Gwen had known she wanted to write way back in tenth grade, but she played it safe and earned a degree in the health field. She met Officer Gary Leveille in the ER while working.  With his experience in law enforcement and Gwen's writing ability, they collaborated on two police procedurals under the pen name Gary Hunter.  Okay, I know you're wondering, "What's so fairy tale about that?

The fairy tale part comes when they sent their first manuscript directly to publishers since they had no agent.  This was before electronic submissions, so it was hard copy.   Here's the fairy tale fantasy part of the story--the book was picked up out of the slush pile and published by Warner Books!

When I met Gwen that night in B&N, she was writing under the name most folks called her--Gwen Hunter.  She'd already published the DeLande Saga series--three books that had been translated into several languages and published worldwide.  She was now signing Rhea Lynch books--a thriller series about a small town female physician.


Gwen and I became friends, and she mentored me a lot about writing and being published. I learned from her when I attended seminars and festivals where she spoke as well as personally when I asked questions in person or by email.  She grew up in the Louisiana Bayou country but now lives in Rock Hill, SC, only an hour or so from my home in Columbia.

Some of what I learned from Gwen:

Most beginners start their stories too soon. She threw away the first ten pages of the first manuscript I showed her. I took her words to heart almost to the extreme as I now try to murder someone in the first few pages.

If backstory is necesssary, spread it throughout instead of writing "info dumps."

Name characters carefully.  Unless writing about identical twins who may have been named in rhyming or an alliterative manner intentionally, use  distinctive names that won't be confused.


When paranormal stories began growing in popularity, Gwen wanted to try her hand (actually her computer) at writing  post-apocalyptical dark fantasy. For personal and professional reasons, she didn't want to write these under the same name as her thrillers.  She chose to use her middle name and became Faith Hunter when she wrote the three novels in the Rogue Mage series and future paranormal.

Signings were a hoot during this time.  Since both the thrillers and the Mage books were selling, she appeared at first as well-dressed, professional-looking Gwen Hunter, then appeared later in the day as Faith Hunter, who had a gypsy flair about her with long wigs, colorful floor-length skirts, and lots of jewelry.  She fooled  a lot of people who didn't realize the two Hunter writers were both the same lady.

Although she wrote several paranormals and developed a role-playing game, when Faith really hit the big-time with paranormal was when she began the Jane Yellowrock series.  Jane is a shape-shifting skinwalker and vampire hunter. Faith Hunter has made the New York Times Bestseller List with Jane Yellowrock, and she has shed her double identity.  Thriller fans still know her as Gwen while paranormal fans know her as Faith, but we all know she's the same extremely talented writer.

Faith has the same urge to assist beginning writers that she had as Gwen. When I asked her what I could do for her since she'd been so helpful to me, she said, "Pay it forward."   She's a founding member of the blog www.http,MagicalWords.net   For more info about Gary, Gwen, Faith, see www.http.FaithHunter.net, and check the Internet for additional listings and Wikipedia.

Until we meet again. . .take care of YOU.