The Two and Only

NOTE: I wrote the first paragraph BEFORE Justice Scalia passed away.

I am sure you have noticed that a lot of celebrities have died so far in 2016.   I mean no disrespect to the rock stars and actors who have passed, but the death that meant the most to me was that of a 92-year-old comedian.

Bob Elliott was one half of Bob and Ray, who made a lot of people laugh for 40 years.  (Ray Goulding died in 1990.)  Dave Letterman once said that if you wanted to know if someone had a good sense of humor, just ask them if they like Bob and Ray.

While they occasionally dabbled in TV, movies, and even Broadway, radio was their natural habitat.  They were sketch artists (like Key and Peele, or Nichols and May) as opposed to persona comics (like Burns and Allen, or the Smothers Brothers, who always played the same characters). 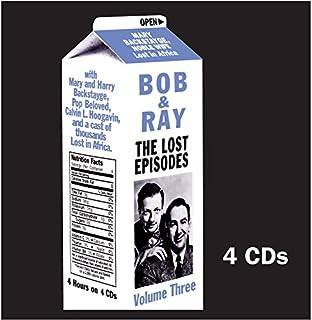 Here are videos of a few of their best bits:
Most Beautiful Face
Slow Talkers of America
The Komodo Dragon Expert (Okay, it's audio only.  But it's my favorite.)

Each of those is in interview format, which is easy to do on TV (or Broadway) but on the radio they used to do dramas as well, including their own versions of some familiar crime shows.

For example, anyone who remembers a certain series that was very popular on radio, then TV - then a decade later again on TV - will recognize the summing up at the end of  "Squad Car 119."
...The suspect apprehended in that case at Rossmore and LaBrea was convicted on three counts of being apprehended and one count of being a suspect.  Apprehended suspects are punishable under state law by a term of not less than five years in the correctional institution at Soledad.

And there was "Blimmix," about a tough private eye who gets beaten up in every episode, by people such as this:
I'm with Rent-a-Thug, Incorporated.  A lot of the syndicate people are letting their regular hoodlums go and utilizing our service for machine-gunnings and roughing up and things like that.  It saves all the bookwork that goes with having full-time employees.

Or "Rorshack," about a hard-as-nails New York police lieutenant.  In this case he has misplaced ten cents:
Steinberg, search every customer in the store.  If you find one concealing a dime, kill him.  Lopez, put out an A.P.B. for anybody trying to pass a coin with Roosevelt's picture on it.  Caruso, you take the bus stations, airports, rail terminals.  Nobody goes in or out of this city until I give the word. 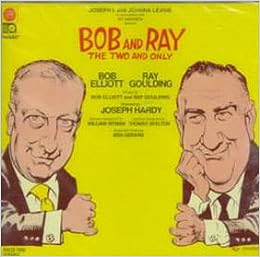 Bob and Ray were invariably described as low-key.  (Bob once said they were both both straight men) but I liked them best when they went, well, surreal, like in this episode of "Fern Ock Veek, Sickly Whale Oil Processor," about an Eskimo co-ed from California hiding out in the Alaskan bush:
FERN: I suppose I could go back to U.C.L.A. and hide out for a while.  So many of the students there are on the lam that they'd never notice one more.
OFFICER WISHMILLER: That's a great idea.  And even if they did find you, you'd be in another state and could fight extradition.
FERN: No.  If I recall, I fought him once and he knocked me cold in the third round.  I certainly don't want any more of that.
OFFICER WISHMILLER: Fern, I think you have extradition confused in your mind with Muhammad Ali.

I could go on, but I'll restrain myself.  Write if you get work, Bob.  And hang by your thumbs.
Posted by Robert Lopresti at 00:00 7 comments